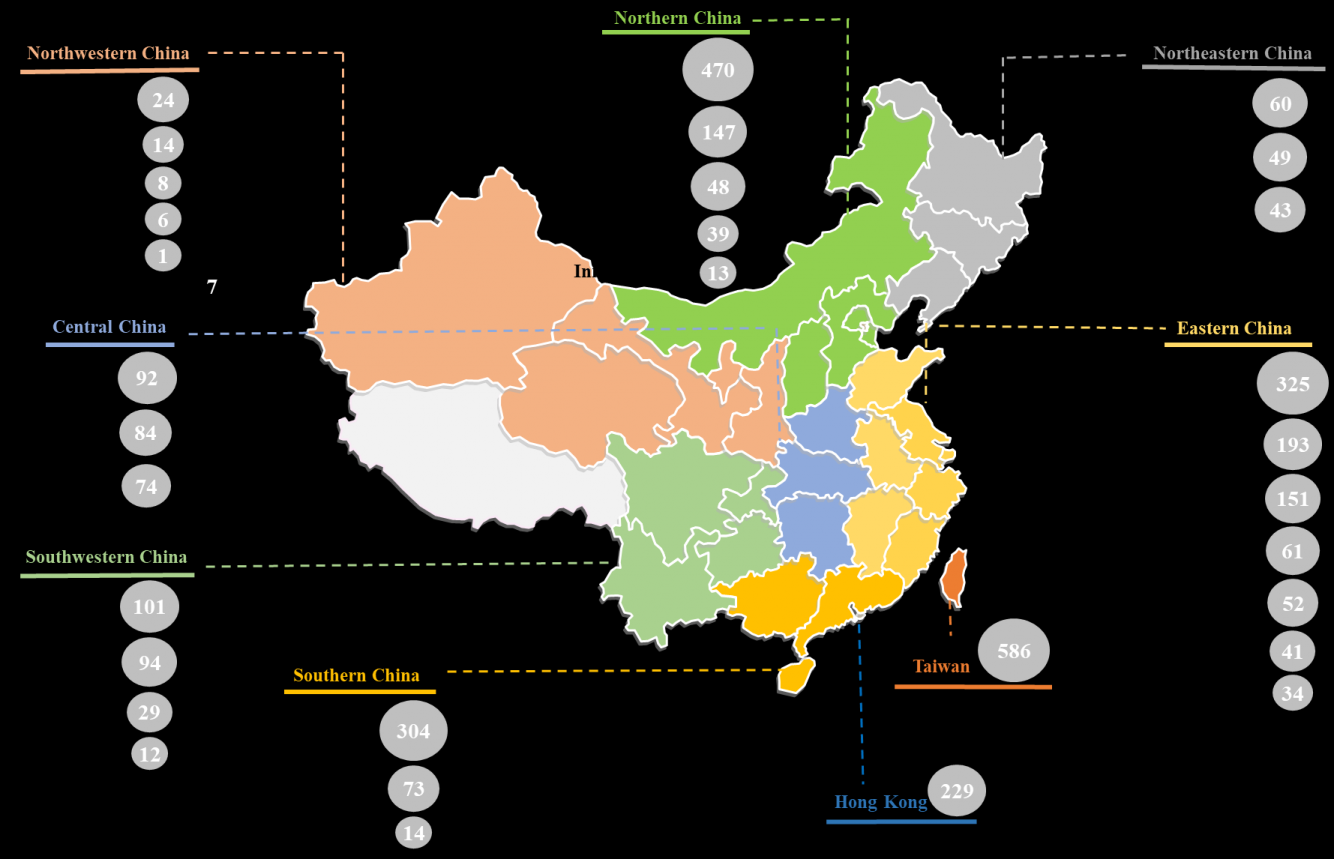 The number and geographical distribution of clinical trials are important indicators of both the therapeutic viability and future potential of innovative pharmacological interventions. It is obvious that pharmaceutical / biopharmaceutical companies would invest in conducting extensive clinical studies for only those drug / therapy classes that are likely to translate into commercial success. Moreover, the geographical distribution directly indicates the various markets that are open to receiving / adopting the intervention(s) under investigation. As more product candidates get approved by regulatory authorities across the globe, the number of clinical trials across different global regions is anticipated to increase.

The number of biopharmaceuticals focused clinical studies being conducted in China increased at an annualized rate of 21%, in the period 2012-2020 (till February). This continuous increase can be attributed to the incessant efforts of several industry / non-industry players that are actively developing and evaluating the potential of different types of biopharmaceuticals for the treatment of a wide variety of indications.

Majority of the biopharmaceuticals focused active clinical trials (62%) being conducted in China are in early stages (phase I, phase I/II and phase II). A plausible reason for this can be that biologics, such as cell and gene therapies, and ADCs, are relatively an emerging therapeutic class in China. This can be further validated from the fact that over 280 (25%) of such clinical trials are phase I studies. On the other hand, 29% of the active clinical trials are phase III studies. It is worth mentioning that, till date, only 25 biologics and biosimilars have been approved in China.

In terms of prominent clinical trial centers, most of the clinical studies during the given time period were / are being conducted in National Taiwan University Hospital, Taipei, Taiwan. Other prominent clinical trial centers located in Taiwan include (in decreasing order of number of clinical trials) Novartis Investigative Site, China Medical University Hospital, Taipei Veterans General Hospital and Taichung Veterans General Hospital. In addition, Beijing Cancer Hospital emerged as a key site for conducting biopharmaceuticals focused trials in China.