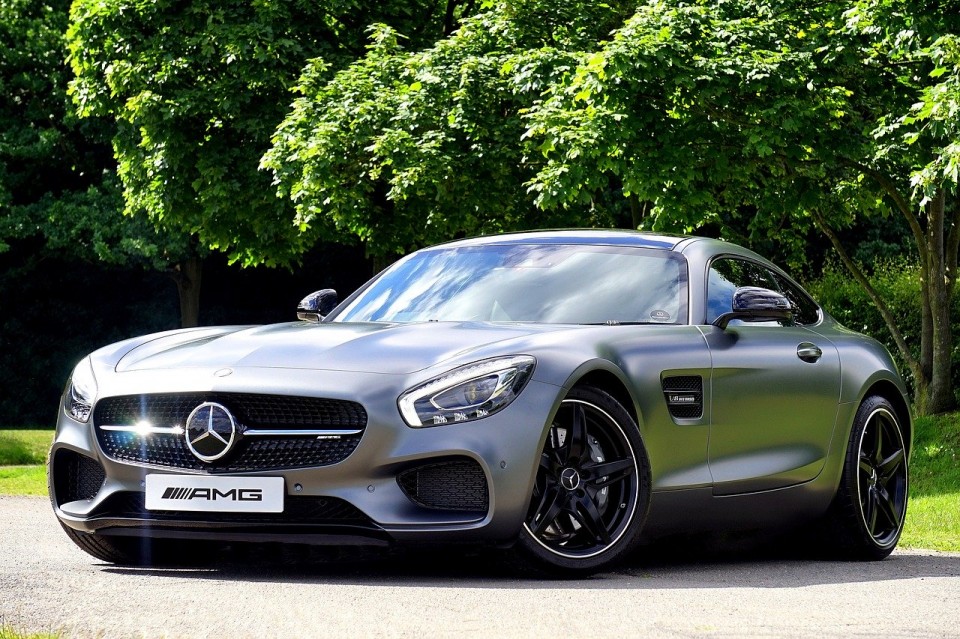 Can you buy an affordable, reliable luxury car but for under $5K?

Now that's just pushing it. But I did try my hardest, so please try to cut me some slack. Oh, and I included 2 European cars in this article, so make sure to read the entire article to see what they are and then feel free to blow me up in the comment section.

The first car is Infiniti G35. This is the car that was originally presented as an affordable alternative to the BMW 3 series. This model was responsible for turning the Infiniti's brand around after not having the hottest start in 1989 when it first introduced models like the Q45 and M30. While, yes, Infiniti is Nissan's luxury brand, I wouldn't say the G35 is an exact luxury car. Surely it has enough features to make a luxury car, but it's a fair share of sportiness, which can be a good thing for those looking for a fun car. It's mostly an upscale 350z with back seats. Its RWD has a sport-tuned suspension, and IMO surprisingly good exhaust note, not too loud not to quiet. This is the quickest luxury car on the list thanks to its 3.5L V6 engine that produces 298 HP and 260lb-ft of torque for the manual transmission version. Performance numbers take a small dip if you are opt-in for the automatic version. Fun fact, the Infiniti G35 had leading class horsepower at the time. Overall, Interior quality is acceptable and wasn't too impressive at the time for the earlier models, but in 2005 Infiniti updated the G35s panels and materials, adding aluminum and wood. So if you want a more beautiful interior to go for 2005-2007, oh, and let me throw this in. You get two glove boxes and a trunk passthrough in all models. Never really knew the need for a small passthrough, but oh well, it's there.

The next car is the Lincoln Town car. This is a prominent American limousine like a road car, with a long hood, a soft ride, a huge trunk, and superb reliability. It doesn't carry the styling everyone will go crazy for, but honestly, after taking a trip in one, you'll realize that this is what a luxury car should be. It's also the only car on this list that carries a V8 engine. It's a 4.6L that produces 239HP and 287lb-ft of torque. Not the most powerful V8 in the world, but you do get decent gas mileage, 17mpg city, and 25mpg hwy. And get this, it's an RWD car which means you can have a bit of fun with it. Practicality on this car is a significant win. Lots of room, it can hold up to 6 passengers and has a deep trunk that can carry several golf clubs or several bodies. The driving experience is what you expect from a vehicle such as the Town car. The cabin is extremely quiet, with minimal wind and road noise unless you floor it. Not only does the town car look classy, but it also's comfortable, it's practical, and it is very safe as well, thanks to its body on frame design. The town car was the first passenger car to receive 5-star government safety ratings in all five categories. That said, those who prefer a vehicle that rides marshmallow-soft, with great practicality and high safety ratings, then look no further.

3rd car on the list is the Lexus GS300. Also known as the Toyota Aristo in Japan. It was known for having the right blend of luxury and sport, leaning towards the luxury side. It favors a smooth ride over a sporty ride, making it great for passengers. For some, the exterior might not be too exciting, but you have to admit it does not lack character. The Lexus SC300 inspired the four-eye headlights, but let's be honest, it resembles more of its competitor's headlights at the time cough cough Mercedes. The GS carries a 3L V6 engine that produces 220HP and 220lb-ft of torque. Fun fact, it's the same engine used in the MK4 Toyota Supra, an engine that is very popular for it's tuning potential. You get decent gas mileage, 18mpg city, and 25hwy. Unlike the Supra, you don't get an option for a manual gearbox, but what you do get are shifter buttons located on the steering wheel, for somewhat of a sporty experience. When it comes to the interior, you get a cockpit that's good for all sizes, soft, comfortable leather seats, some unique features like a cleanly designed gauge cluster that become visible when the car turns on, and a cardholder compartment. It's the first time I've seen a dedicated cardholder in a vehicle.

4th car on the list is the Mercedes E320. Yes, Mercedes has made my list for reliable luxury cars. Believe it or not, the E320 is one of the most reliable Mercedes cars ever built. Sure, if the vehicle breaks down, it won't necessarily be cheap to repair due to the obvious; it's a German vehicle, but as far as dependability goes, this car here is pretty bulletproof. At the time, the Eclass was known as the staple of Mercedes Benz lineup. It was the company's best selling line worldwide as well. When it comes to the exterior, in my opinion, this is a timeless design, still looks classy, and it carries the iconic four-eyes face that first came to life in the 1996 E-class. The interior offers a bunch of features that came standards like 12-way power and heated seats, a sunroof, dual side climate control, and an over-engineered cup holder. Moving on to performance, you get a 3.2L V6 engine that produces 221 HP and 231 lb-ft of torque, just enough power to get you out of sticky situations. If you're looking for a mid-size luxury sedan that offers a combination of safety, luxury, practicality, sportiness, and of course status for less than $5K, then this is a solid pick. Just make sure to maintain it regularly to avoid a potential money pit situation. Simply put, Don't buy a Mercedes if you can't afford to treat it like one, or if you can't afford a new one, buy a used one from Monster Exports. It has the cheapest car in USA, especially check their cars under $5000.

5th and final car on the list is the Volvo S40. This was the model that decided to move away from the angular squarish look Volvo's were all known for. The S40 was built with a collaboration with both Ford and Mazda on the cl platform. Sharing engineering from both the Mazda 3 and the ford focus. This is a car that has outstanding safety; I mean, it is Volvo after all. Also, the S40 doesn't have a reputation for powerful performance; honestly, IMO Its quite mediocre. But on the flip side, you get better gas mileage than the other cars on this list. 19mpg city and 27mpg hwy. It carries an inline-five that only produces 168HP making it the slowest car on this list. Hold up an Inline 5? Seriously? The S40 appears to be a small size car pretty much the same size as the Honda Civic, but surprisingly it carries plenty of room inside for passengers and cargo. The interior is classy yet straightforward; the dashboard has a waterfall style that looks like it was poured into place. Just like the Mercedes parts for this car won't come cheap, but if you manage to find one in excellent condition with proper maintenance history, this is a car that will be reliable for years to come.