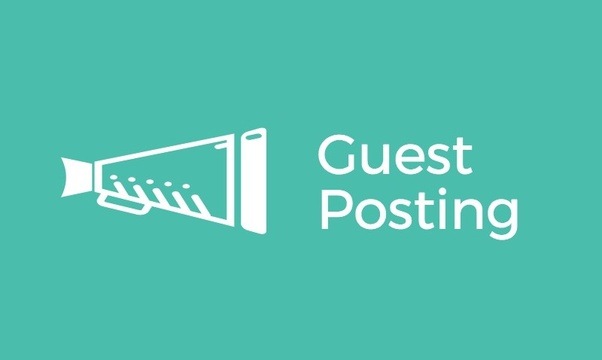 I know that me taking the time to write a guest post that bashes guest blogging might come across as slightly hypocritical, but hopefully, by the end of this post, you’ll understand where I’m coming from

I know that me taking the time to write a guest post that bashes guest blogging might come across as slightly hypocritical, but hopefully, by the end of this post, you’ll understand where I’m coming from.

Guest blogging has been around for as long as I’ve been link building. However, it’s something I’ve never really been a fan of, and I’m glad the practice looks like it might not be so prominent soon.

I will say that guest blogging is something I still partake in from time to time, and I do believe that in moderation, guest posting on good websites can contribute to a nice link profile.

But as a link building tactic, it’s something that marketers need to start backing off from.

I also understand that for busy SEOs with loads of clients but hardly any time, it’s easier to churn out guest posts and cut a few corners than it is to do things properly.

The Logic Behind Guest Blogging

It’s also the best way to ensure you can point links to whatever page with whatever anchor text you like.

Also, for marketers who are paid per link, there are thousands of low-quality websites out there that allow anyone to write for them that make their job much easier.

It is completely understandable why guest blogging is so popular, but I’m here to say there are other options.

In my opinion, guest blogging should have been finished a long time ago as a method of link building.

If by using the “links equals votes” description when you talk about link building, allowing you to write isn’t really a vote if you are in control of what is said and where the links go. It’s the equivalent of letting someone vote for themselves via the post.

There’s also the endless amount of spam on the internet because of the practice.

The Demise of Guest Blogging

Back in the day when the Penguin update destroyed other link methods, guest blogging was the holy grail of link building.

But as with everything in our industry, people start doing it, then people start writing about it, then it becomes massively saturated.

I’d probably say 90%+ of guest posts out there are there for links alone. They don’t provide any value and probably haven’t been read before.

A very recent example of how the guest blogging trend might be slowing down is that Forbes, Entrepreneur and INC have now nofollowed all their editorial links.

A couple of years ago these links were worth hundreds, with greedy brokers pocketing the majority of the money for a service that was never going to last.

The Huffington Post also quickly backtracked after allowing anyone to sign up to contribute to their blogging platform around a year ago.

As with everything link building related, the vast majority of people out there just follow what everyone else does.

This was the case with article directories, blog comments, forum comments and now the same with guest blogging. I’m actually surprised that it still holds weight.

The Godfather Has Spoken

Another reason why I would urge marketers to take a step back from the guest blogging is that Google themselves aren’t fans.

As I said previously I’m surprised the method has lasted this long because they have been on guest blogging’s case for a while now.

It’s common knowledge that Google has said that some guest posts still hold weight if they are from good sites, but if Forbes and co are no-following their links, who’s to say the less prominent sites won’t start doing it?

Although this might be daunting to some marketers, it’s actually a good thing. Guest blogging has allowed us to become lazy and the internet is full of generic text that nobody reads.

I have about 20 emails a day with the usual “I’m a big fan of your blog, here’s a top 5 post” rubbish that I could do without when I’m running a business.

Guest blogging is also a fantastic way to give your best content to other websites and allow them to reap the benefits.

Let’s say you write a post for a blog that goes viral and brings in 200 links – yeah, you might get a little bit of benefit but it’s the site the content is hosted on that will be the real benefactors.

There is still a place for guest blogging on the internet, but I think you need to be careful when doing it solely to build links.

Use this post for example. I’m not focused on a link as much as I am trying to post something that might be helpful to others in the industry – something that the majority of guest posts just don’t do.

I’ve seen enough top 5 and 10 posts in my email inbox to last a hundred lifetimes. Posts to get yourself out there and let people know that you mean business, not for a manufactured link within a post.

Guest blogging – The be all and end all?

If guest blogging is pretty much the majority of your link building experience, don’t worry.

There are plenty of fun, creative ways to build links to websites without having to look behind your back worrying about Google’s next update.

That’s because Google themselves recommend it. There are also some excellent guides to doing this online; Brian Dean of Backlinko being my personal favorite.

There’s no better way to bring links and traffic to your website than creating content on there that people will find helpful or interesting and then using outreach to find links.

It’s the only way to guarantee you won’t be punished in the long run. And let’s say you have 20 clients who all get hit the next time Google tightens their belt – that could be the end of your career.

I’m not saying that guest blogging is going to start seeing your sites go down the pan now, or even in the near future – but it might. I’m sure there’s still time to differentiate the way you build links.

But keep it in mind that Google has said repeatedly in the past that they aren’t the way to build links according to their best practices – so make sure when they do get hit that you’ve got a plan B.

1806
How Perficient are Cloud-Deployment Models for ...

1757
How to Configure Bellsouth Email on Android