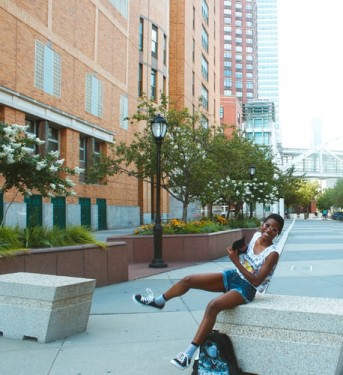 There are many reasons to avoid downloading and watching TikTok due to privacy concerns; children get obsession and adults are losing their lives for this crazy app.

TikTok is also becoming an advertisement tool for the masses. Each promotional video attracts not only the followers but also the engagement increases, and brands get customers more than compared to the prior strategies. It is one of the revolutionary apps that has linked marketing, advertisement, and entertainment at a single platform.

Lately, it was a game app named BlueWhale which got banned because teens used it obsessively, and many adults lost their precious lives just for the sake of a pity gaming app. It got banned in many countries and then all around the world.

Everything is lovely in balance. Obsession of everything is terrible. But now people are getting obsessed with this app, and higher authorities are pondering to shut down this app due to protections and other security issues.

Why should TikTok be Banned?

TikTok is not confined to making viral videos only, but it has also grown to be a marketing and advertisement tool. It provides a lot of opportunities to the brands and models to advertise by content creation.

However, also because of Chinese ownership and other questionable risks, TikTok should be banned because of the following outcomes:

TikTok is the app that has gained much appreciation and popularity in very little time. But TikTok also releases software with security vulnerabilities that need to be fixed urgently.TikTok is found accessing the user’s clipboard and other data from the phone that was highly condemned at the moment. After many reports, TikTok seemed down to this issue. But, remember that social media apps come with this risk so blame the players, not the game.

Many parents do not understand what their children are up to. Children use this app to make their videos and get viral in a few minutes.

We should fill it with beneficial knowledge and education rather than these useless followers gaining videos.

Their immature brains lack the fact of reality that social media platforms such as Instagram and TikTok only show the positive sides, and the real picture is different.

TikTok has also launched the privacy policy for younger age groups. According to this policy, TikTok treats data from its users under a limited age group.

The US has already finedTikTok owning company 5.7 million dollars for its vague data collection practices related to the child users, and a full ban is still under consideration.

Still, it is not a healthy activity for students and teenagers to get indulge in this useless app and waste their precious time by just scrolling the screen for hours.

TikTok is a Chinese app, and it is the first and only Chinese social media app that has ruled the world with its viral content. TikTok is owned by a Chinese Company “ByteDance”.

People on TikTok get access by sharing their device’s location, data, and media. In this way, the data is never confidential, but China claims that TikTok user’s information is not stored. This statement is empty and void with no transparency, as the Chinese government could use the data of TikTok users to “spy on” the people around the globe.

The first Transparency Report of TikTok was released in 2019 that was not satisfactory in many aspects as it didn’t answer many questions about privacy risks.

The report lacked the privacy concerns like which groups were there with which TikTok was sharing all the user’s data. It had information about the government bodies engaged with TikTok, but there were no proper privacy fulfillment comments.

Likewise, there was no data on receiving legal requests from China to delete or at least edit the content.

Hence, we can say as TikTok seems to have transparency issues, it is the best solution to not use this app until or unless it gives proper transparency details to its users.

After reading these authentic reasons to avoid TikTok usage you want to use, then it’s your choice. But these concerns are genuine, and everyone should count them while downloading and using the app.