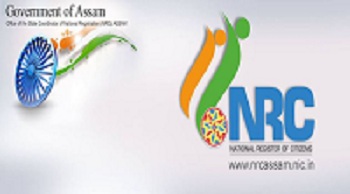 National Register of Citizens is a unique arrangement which is used to identify illegal immigrants to Assam. It was first adopted in 1951 after the census. After the Bangladesh liberation war of 1971, there has been steady flow of illegal migrants to Assam. In 1985, Assam Accord was signed between GOI ( Government of India) and AASU( All Assam Students Union). Few of its demands are

There have been continuous demand from various segments of Assam to implement the above demands. Recently GOI has amended the National Register of citizens act to give citizenship to Hindus immigrants from Bangladesh. This move has fuelled the demands once again.

Supreme Court has directed the GOI to complete the NRC of Assam soon. Once this register is published, there would be political turmoil in Assam. The large-scale migration, especially in the state of Assam, created a multidimensional problem that had pitted the “local” against the so-called outsiders. The “latecomers” from both India and abroad were seen as aliens in the region and encroachers on their already scarce resources and opportunities.

The movement was led by All Assam Students Union (AASU), a students group and was not affiliated with any political party. The All Assam Gana Sangram Parishad' (AAGSP), was a political party in Assam, founded by the Asom Jatiyatabadi Yuva Chatra Parishad (AJYCP) in 1999. The cause of agitation among people was purely political initially. In 1978, re-election for the Mangaldoi Lok Sabha Constituency, after Hiralal Patwari’s death, election officials observed an abrupt and dramatic increase in the number of registered voters. These were allegedly the illegal migrants whose names were unlawfully added to the electoral rolls. The matter was immediately taken up by AASU, who started to mobilise people on a large scale.

Eventually, after six years of turmoil, the new government under Rajiv Gandhi opened up negotiations with the leaders of AASU and AASGP. This time the negotiations ended up with the signing of the Assam Accord on 15th August 1985. 1 January 1966 became the base year for detecting foreigners and 24th March 1971 was decided as the cut-off date for detecting illegal foreigners and removing them from the electoral rolls and deporting them back to where they were from.

The reality is that the accord indeed brought peace and stability to the state, however, at most levels, it failed to address the “main” issue National Register of Citizens.

It is a well-known fact that the issue of “foreigners” is still a live issue in the politics of North-East in general and Assam in particular. Many provisions promulgated by the Assam accord like the National Register of Citizens came to effect after more than three decades of the signing of the accord. On 30 July 2018, when the final draft of the National Register of Citizens was released, close to 40 lakh residents of Assam were disappointed to find their names missing from the list. With the Opposition, especially West Bengal Chief Minister Mamata Banerjee slamming the move, BJP president Amit Shah reminded everyone that the accord was signed in 1985 under the Rajiv Gandhi-led Congress government. “Rajiv Gandhi signed the Assam Accord in 1985, which was similar to NRC of Assam or National Register of Citizens. They did not have the courage to implement it, we did,” he said in the Rajya Sabha on Tuesday.

This is the huge political issue going on in the Indian Politics and People of Assam are suffering like a football among the all political party. The actual matter and actual problem of actual citizens of Assam has gone behind the Politics.

I just tried to clear the complete movement starting of National Register of Citizenship here. Still matter is going on. Remaining points of NRC of Assam will share later