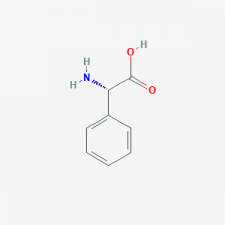 Sinopec has established a standardized corporate governance structure and implemented a management system of centralized decision-making, Hierarchical Authorization and professional business units in charge of operation.

China Petrochemical Corporation (hereinafter referred to as "Sinopec") is a domestic and International Stock Exchange listed company with integrated upstream and downstream, strong core business strength of petroleum and petrochemical industry and perfect marketing network. The company was established on February 25, 2000 by China Petrochemical Corporation (hereinafter referred to as "Sinopec Group") as the sole sponsor in accordance with the company law of the people's Republic of China. 16.78 billion H shares were listed on the Hong Kong, New York and London stock exchanges on October 18 and 19, 2000. 2.8 billion a shares were listed on the Shanghai Stock Exchange on August 8, 2001. By the end of 2017, the company's total shares were close to 121.1 billion, including 95.6 billion domestic A shares and 25.5 billion overseas H shares.

Sinopec is one of the largest integrated energy and chemical manufacturer in China. Its main business includes exploration, production, pipeline transportation and sales of oil and natural gas; production, sales, storage and transportation of oil refining products, petrochemical products, coal chemical products, synthetic fiber and other chemical products; import and export business of petroleum, natural gas, petroleum products, petrochemical chemical products and other commodities and technologies, including import and export agency business; And the research, development and application of technology and information. The company is a large-scale energy and chemical enterprise integrating upstream, midstream and downstream. The company is a large oil and gas producer in China; its refining capacity ranks first in China; the company has a complete refined oil sales network, which is China's largest refined oil supplier; its ethylene production capacity ranks first in China and has a sound chemical product sales network.

Sinopec has established a standardized corporate governance structure and implemented a management system of centralized decision-making, Hierarchical Authorization and professional business units in charge of operation. It has more than 100 subsidiaries and branches, including wholly-owned, holding and holding shares. It is engaged in oil and gas exploration and production, oil refining, chemical industry, marketing, research and development, foreign trade and other businesses. Commercial assets and major markets are located in the eastern, southern and central regions where China's economy is the most developed and dynamic.

In March 2013, Sinopec agreed to pay US $1.5 billion for Sinopec's overseas oil and gas production assets.

In August 2013, Sinopec purchased 33% of Apache Corporation's oil and gas business in Egypt for $3.1 billion.

Sinopec signed an evaluation agreement with Gabon in 2004. During his visit to Africa that year, Chinese President Hu Jintao and Gabon President Omar Bongo signed a series of bilateral trade agreements, including a "memorandum of agreement aimed at demonstrating the willingness of both sides to develop oil product exploration, exploitation, refining and export activities". Three onshore oilfields will be explored. The LT2000 of the three blocks is located about 200 kilometers (120 miles) southeast of Gabon's economic center, port Gentile. Port Gentile is located south of Libreville, the capital of Gabon, on the Atlantic coast. According to Gabon's oil ministry, the other two dr200 and gt2000 are located about 100 km (62 miles) northeast of Port Gentil.

In November 2005, Sinopec Group announced that it planned to cooperate with China National Petroleum Corporation (CNPC) to purchase an oil field in Sudan, and it was also reported to have expressed its intention to expand its business in Sudan. Sinopec is a partner of petrodar operating company Ltd., which also includes China National Petroleum Corporation (CNPC), which owns 90% of PetroChina, and sudapet, Sudan's state-owned oil company. In August 2005, petrodar began drilling for oil in blocks 3 and 7 in southeastern Sudan. In December 2005, petrodar announced that its first crude oil would be shipped from Sudan in January 2006. Petrodar's business is a major growth in Sudan's total oil production. Sinopec is also considering other companies such as erhc energy, which owns multiple block assets in the joint development zone.

In 2007, in the Ogaden desert in eastern Ethiopia, Somali minority rebel groups attacked a Sinopec drilling site, killing 74 people, including nine Chinese oil workers, and seven were kidnapped on April 24, 2007. The rebel Ogaden National Liberation Front (ONLF) later released seven abductees and warned foreign companies not to work in the area. Sinopec said it had no plans to withdraw from the resource rich area despite the attacks. Chinese Foreign Ministry spokesman Liu Jianchao said China strongly condemns the violent attacks on Sinopec by Somali rebels in Ethiopia.

In August 2009, Sinopec acquired Geneva based Addax oil company for us $7.5 billion, which is China's largest overseas acquisition. On October 31, 2011, Addax acquired 80% of shell, an exploration company called pecten, which is working with total to explore and drill at various offshore sites, including the oil basin near Douala, Cameroon.

In June 2013, Sinopec agreed to acquire Marathon Oil and gas field in Angola for us $1.52 billion

527
How Can Calibration Services Be Beneficial For ...

516
Why do sodium ethoxides are used?

While R & D institutions of the chemical producer are difficult to satisfy their guarantees, they regularly encounter one of the three commonplace failure modes.