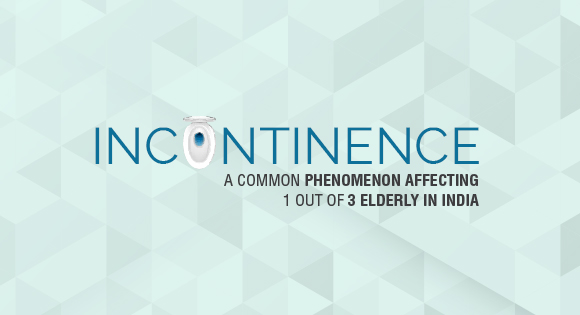 Urinary incontinence (UI), also known as involuntary urination, is any uncontrolled leakage of urine. It is now a common and distressing problem with the current lifestyle changes, which may have a large impact on the quality of life of any individual. It has been identified as an important issue in geriatric health care. In medical terms, it is called enuresis which is often used to refer to urinary incontinence primarily in children, such as nocturnal enuresis (bed wetting). If to be explained it’s basically the loss of bladder control, the severity ranges from occasionally leaking urine in small amount when you cough or sneeze to having an urge to urinate that’s so sudden and strong you don’t even have the time to run to restroom in time.

The very first symptom of incontinence would be an uncontrollable need to pee and further unable to control it before you can reach the washroom door. A small amount of leakage is another symptom of the beginning of incontinence. Most common in old age, incontinence is still not an inevitable consequence of ageing. Most people can experience occasional, minor leaks of urine. Others may lose small to moderate amounts of urine more frequently which can be embarrassing to deal with especially in public spaces.

There are four types of incontinence:

- Stress incontinence: When pressure is exerted on the bladder due to coughing, sneezing, laughing, exercising or lifting something heavy.
— Urge incontinence — This uncontrollable urge to pee, followed by an involuntary loss of urine. It is usually caused by infection or more serious conditions like neurological disorders or even diabetes.
— Overflow incontinence — This happens when the bladder is unable to empty itself completely.
— Functional incontinence- A physical or mental impairment keeps you from making it to the toilet in time. If you have severe arthritis, you may not be able to unbutton your pants quickly enough.
— Mixed incontinence. You experience more than one type of urinary incontinence which makes it difficult to keep control of your urge to pee.

While there are other reasons as well which can lead to temporary or permanent incontinence, it still needs to be addressed at the right time for a healthy lifestyle. There are various ways to diagnose and screen incontinence.

Usually, a test is performed for the measurement of bladder capacity and residual urine for evidence of poorly functioning bladder muscles. Other tests include:
Stress test — the patient relaxes, is then asked to cough vigorously as the doctor watches for loss of urine during that process.

Urinalysis — urine is tested for evidence of infection, urinary stones, or other contributing causes.
Blood tests — blood is taken then sent to a laboratory, and examined for substances related to causes of incontinence.
Ultrasound — sound waves are used to visualize the kidneys and urinary bladder for any stones or other medical condition.
Cystoscopy — a thin tube with a tiny camera is inserted in the urethra and used to see the inside of the urethra and bladder.
Urodynamics — various techniques measure pressure in the bladder and the flow of urine.

The ways of prevention:

While incontinence is irreversible, it can be controlled and dealt with via various mediums. One of them is to use Adult diapers, especially overnight or while travelling. While it’s a myth that diapers are not very comfortable, they are rather very helpful even with heavy urine leakage.