​​​​​​​What is Hyperloop? Is it Possible to make start Hyperloop Train in India in Future? 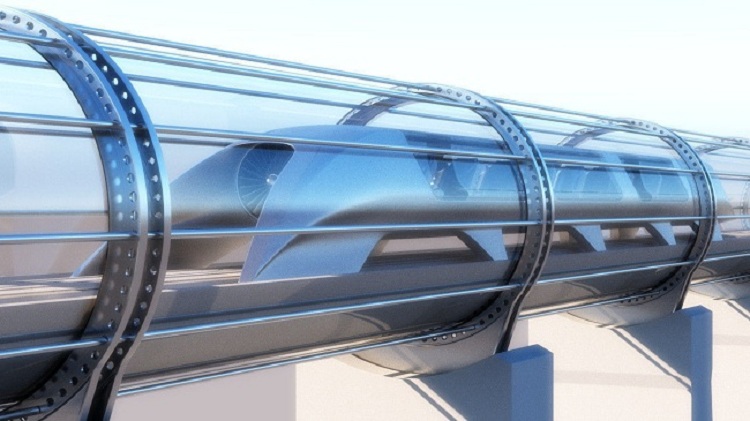 ​​​​​​​What is Hyperloop? Is it Possible to make start Hyperloop Train in India in Future?

What is Hyperloop? How Hyperloop High Speed Train is different from Others?

Hyperloop is a new technology form of transport at ground level currently in development by a lot of advance hi-tech companies, which could make travel to passengers at approx. more than 650 miles an hour within less-air pressure tubes.

There are two big differences between Hyperloop and normal traditional Train. The train box carrying passengers traveling through tube box into very strong glassified tunnels from which max air has been exhausted for reducing friction. This will help to train run at approx more than 650 miles per hour.

The important thing is Hyperloop train  does not use wheels like a train or car, the pods box are created to run with air , using magnetic field to reduce friction by exhausting the air from the glassified tubes. A large number of different companies are working on this idea.

What are the benefits of Hyperloop?

Really first hyperloop will be available

Hyperloop technology is under development even though the real basic concept has been for many years. The first Hyperloop is likely to come up and motion is 2021.

Where will Hyperloop services run?

It is not clear that where Hyperloop train will be run but a number of companies have designed routes in the US, Europe or other country. comfortable routes have been considered from Pune to Mumbai , New York to Washington DC, Amaravati and Vijaywada.

How does a Hyperloop tube work?

The idea of the hyperloop is innovated by Musk is that the people sitting capsules travel through a glassied tube, either above or below ground. To decrease the friction, To remove the air is removed from the glassified tubes by heavy pumps.

To reducing the air resistance is the great uses of energy in upper high speed traveling. Airliners climb to high altitudes to travel through less dense air; in order to create a similar effect at ground level, Hyperloop encloses the capsules in a reduced-pressure tube, effectively allowing the trains to travel at airplane speeds but on the ground.

Difference between Hyperloop and high-speed trains?

It could be at less cost and more ergy efficient because, among other things,

the track doesn't need to provide power to the pods continuously and, because the pods can leave every 30 seconds,

it's more like an on-demand service. It's also potentially two or three times faster than even high-speed rail (and ten times the speed of regular rail services).

Hurdles in the way of Hyperloop be a success?

Musk took decision of the hyperloop idea open to anyone who wanted to make it, like the Linux operating system: an open source code designed by Linus Torvald, created by a community of developers, hyperloop concept to reality.So ,now hyperloop idea is open for all to develop.