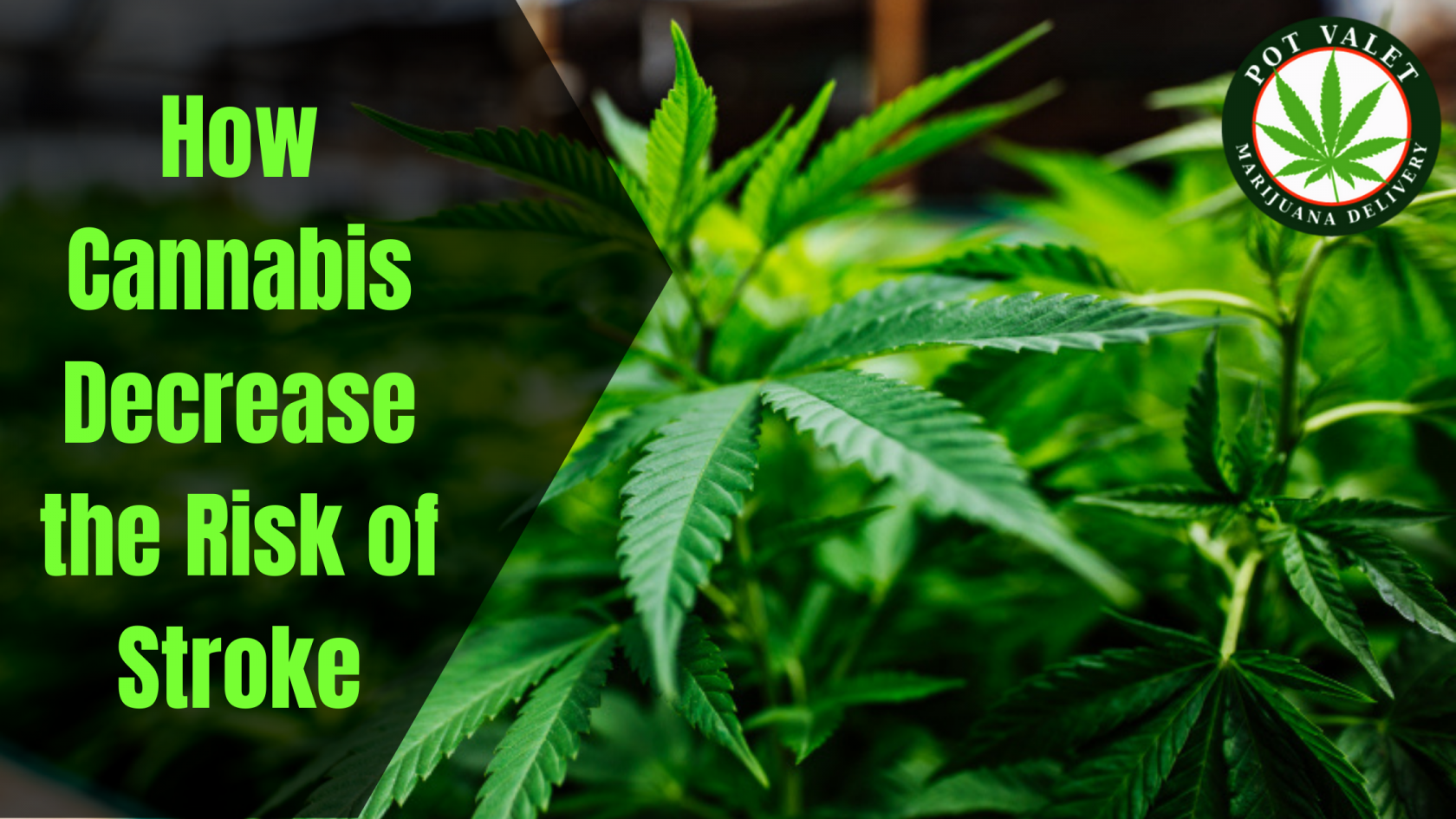 How Cannabis Decrease the Risk of Stroke 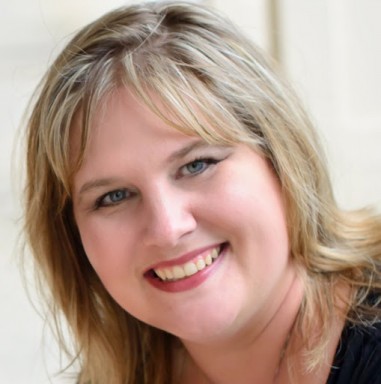 This is medically prove that cannabis decrease the risk of stroke. For more details you can go through this blog.

In the 11th century in Persia, the head of Ismailic sect of Shiite Islam – Hassan Sabbah – used Cannabis sativa in the form of hashish to enlist young men into his army of assassins. Sabbah described the euphoric effects of cannabis in comparison to being in paradise, which prompt them to use cannabis before the assignment and succeed in their mission. This comes the term ‘hashish’ from the Arabic word ‘Hash’shashin – origin term for ‘assassin’. Today, cannabis can be made in two preparations for psychoactive purposes – marijuana and hashish. Also to date, various researches are conducted for cannabis not only used for recreational psychoactive purposes, but for various medical problems such as epilepsy, chronic pain, cancer, emesis, anxiety, PTSD, and stroke. Just to be clear though, we are not doctors and what you will see in this article is not considered medical advice. We are simply showing you information we gathered from different sources and we’re not promising any recommendations about how you should medicate a stroke. For any questions about your health, always consult your doctor.

What is a Stroke?

According to the CDC (Centers for Disease Control and Prevention), someone in the United States dies of a stroke every 4 minutes. Stroke is a leading cause of long-term disability and the fifth leading cause of death for Americans. The three types of strokes according to the American Stroke Association are the Hemorrhagic stroke, Transient ischemic stroke (TIA or mini-stroke), and the most common type comprising 87% of all records is the ischemic stroke. It happens when the oxygen-rich blood flow going to the brain is blocked resulting in blood clots, brain bleeding, or vessel blockage. The probability may increase in age but strokes can occur at any age. High blood pressure, obesity, diabetes, and smoking are the leading causes of stroke.

It is very important to get immediate treatment as soon as a stroke occurs. The longer the brain is being cut off with blood supply, the higher the risk of possible complications and death. Doctors administer medicines to break up the clots and in some worst cases, surgery is necessary. Upon recovery, patients are instructed to take a variety of medications to control blood pressure and cholesterol to prevent another occurrence of stroke.

Potential Benefits of Cannabis According to Research

If you are using cannabis as a stroke treatment and may get worried about the risk, there are specific methods of cannabis delivery into your body as reiterated by Dr. David Allen, a retired heart surgeon focusing on medical practices on cannabis. One can choose to use low-temperature vaporizers instead of smoking, avoid excess consumption, lower cannabis dosage, and one can choose to use tinctures and edibles.

U.S. Patent No. 6630507B1 says that cannabis acts as a neuroprotectant following an ischemic stroke. The patent says that “data shows that infarct size was approximately halved in the animals treated with cannabidiol, which was also accompanied by a substantial improvement in the neurological status of the animal.”

Dr. M. Rodriguez-Munez of the Cajal Institute in Madrid Spain conducted a systematic review of the cell culture and animal study between mice and CBD (cannabidiol). He found out the neuroprotective effects of CBD and said that “a clinical trial investigating CBD in vascular disease…would serve an immediate public health need and is a necessary next step in advancing stroke prevention.”

Also cited in the 1998 paper from Dr. Aidan Hampson and colleagues from the National Institute of Mental Health, is the beneficial effects of THC and CBD in decreasing the amount of damage caused by stroke through its anti-oxidant properties. A recent study supported these findings and suggested that the activation of endocannabinoid receptors – type 2 helps decrease the damage to the brain after a stroke due to the proteins microglia and macrophages – responsible for healing the brain after an injury.

A 2014 review from the Journal of Cerebral Blood Flow & Metabolism states that cannabinoids are “promising candidates for future treatment”. Scientists gave THC, CBD, and other cannabinoids to animals after conducting ‘experimental stroke.’ The results showed that the endocannabinoid system plays a vital role in the body’s response to stroke. CB1 and CB2 receptors appeared to be more active which resulted in a release in beneficial cannabinoids. CB1 receptors specifically reduced the temperature around the site of the injury while the CB2 receptors controlled the inflammatory response. These functions will altogether lower the size of the affected area lacking blood supply.

Scientists observed that cannabinoids administered four to five hours after the stroke bring significant effects and may help prevent brain damage but to a limited degree, it does not fully reverse it.

According to the National Institute on Drug Abuse, CBD alone has many benefits for stroke survivors; with its characteristics being neuroprotective, antipsychotic, anti-seizure, anti-anxiety, anti-inflammatory, and analgesic.

Aside from potentially reducing the risk of brain damage after a stroke, cannabis relieves some of the long-term symptoms associated with it too. THC helps with post-stroke symptoms such as spasticity and in fact, a drug called Sativex is already licensed for Multiple Sclerosis, a condition with similar symptoms as a stroke. On the other hand, it should be noted that once a person has had a stroke in his lifetime, he/she is already at risk for another one. Therefore, extreme care should be considered when using cannabis after a stroke.

Research and evidence is mixed on whether cannabis is good or bad for neurological diseases. While the evidence presented the fact that cannabis can actually decrease the amount of damage caused by a stroke, it is essential to note that most of the researches to date are animal experiments than human trials. Therefore, it is important to interpret the results and decide with caution.

Thanks to the 2018 Hemp Farming Act, a provision removing hemp-derived CBD, and all naturally occurring cannabinoids from the controlled substance list. CBD is now widely available for marijuana delivery in Los Angeles and other states even without a medical marijuana program. However, a more in-depth research is still needed to prove the effectiveness of cannabis in helping or hindering stroke, and we are hopeful to see some conclusive evidence in the future.

How to Begin Your Sex Life with suhagra

Suhagra 100 is meant for the treatment of erectile dysfunction. It works by preventing a specific enzyme called phosphodiesterase-PDE5 in the body. The working of Suhagra mainly depends on Sildenafil that which helps...

1237
What Mothers Should eat during breastfeeding

Breastfeeding is one of the most important and crucial stages of motherhood that women experience in her life. If we look at the medical aspect of breastfeeding many practical things should be kept in mind while breas...

In this content, you will get the complete idea about parathyroid surgery, what should be a diet plan after this surgery.

Piles or hemorrhoid is a condition that leads to pain, discomfort, and irritation while passing stool. It is caused due to inflammation of the veins in the lower rectum area.

640
How does Priligy Help to Cure Premature Ejacula...

Priligy is a prescription-only medicine and is called a selective serotonin reuptake inhibitor (SSRI). SSRIs work by increasing serotonin levels in the mind that may have a beneficial impact on the disposition, emoti...

595
Doctors could save more sick babies by giving m...

Most of us think of melatonin supplements as simply a sleep aid, but not much is said about the fact that melatonin is actually a fairly powerful antioxidant. It is SO powerful and so safe that several studies have be...