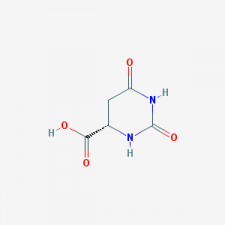 Chemical products have been produced for thousands of years. The history of the chemical industry dates back to ancient times, when alkali and limestone were combined to make glass, sulfur and saltpeter became explosives similar to modern gunpowder. As early as 7000 B.C., craftsmen in the Middle East began to refine soda and limestone to produce glass; Phoenicians began to produce soap in the 6th century B.C.; and the Chinese invented black powder around the 10th century B.C., which was used as a primitive explosive. In the middle ages, alchemists produced small quantities of chemicals. By 1635, the Puritans in Massachusetts began to produce saltpetre for gunpowder and chemicals for leather making. However, the large-scale chemical industry began to develop in the 19th century.

The emergence of chemical industry as an independent sector is related to the industrial revolution. The first sulfuric acid plants were built in England (Richmond) in 1740, France (Rouen) in 1766, Russia (Moscow Province) in 1805, and Germany (near Leipzig) in 1810. The development of textile and glass industry promoted the rise of soda production. The first soda factories were built in France (near Paris) in 1793, England (Liverpool) in 1823, Germany (schennebeck) in 1843, and Russia (banaur) in 1864. In the mid-19th century, artificial fertilizers appeared in England (1842), Germany (1867) and Russia (1892).

In 1823, the British entrepreneur James Muspratt began to mass produce soda ash (used to make soap and glass), using a process developed by Nicolas LeBlanc in 1790. The further development of organic chemistry in the latter half of the 19th century made it possible for some companies to produce synthetic dyes from coal tar for the textile industry as early as the 1850s. In the 1890s, German companies began to produce sulfuric acid in large quantities, while chemical companies began to use electrolysis, which required large amounts of electricity and salt to make caustic soda and chlorine.

It was not until the development of organic chemistry in the 19th century that it was possible to produce synthetic dyes from coal tar. By World War II, petrochemicals were used to make plastics and fibers in the United States. Petrochemical products refer to the chemical products extracted from oil or natural gas. Polymer science and chemical engineering are becoming industry drivers. Polymer sciences uses petrochemicals to make plastics, resins, paints and adhesives. Chemical engineering makes it possible to produce this product at a low cost to be profitable. After the Second World War, the production of the industry experienced a transformation from organic chemicals (such as coal) to petrochemical products.

The extensive trade links of raw materials between Britain and many countries in the world and the early formation of advanced industries made Britain a leader in chemical production in the first three quarters of the 19th century. By the end of the century, the leading position of industry had shifted to Germany. The rapid concentration process of chemical industry, the high level development of science and technology, the strengthening of patent monopoly and commercial politics led to Germany's conquest of the world market. Until the first World War, it still monopolized the production of organic dyes and intermediates. The development of chemical industry in the United States was obviously later than that in European countries, but as early as 1913, the United States led the world's chemical production, resulting in extremely rich mineral resources, developed transportation system, and huge domestic market, as well as its experience in developing other countries.

534
How Can Calibration Services Be Beneficial For ...

526
Why do sodium ethoxides are used?