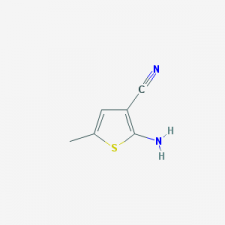 In today's era of globalization and capital flows, chemical manufacturing has shifted to the booming Asian markets, which benefit from the large amount of foreign investment in chemical production. As bulk commodities account for a significant share of the chemical industry's product portfolio, European industry must accelerate the pace of innovation to maintain its leading position. For economic policy makers, the challenge is to provide the conditions to promote more knowledge driven industries and provide a solid foundation for European production. If this challenge is not addressed, the decline in chemical employment in Europe will become more pronounced.

Currently, the biggest challenge facing the European chemical industry is the proposed reach legislation. Reach is under pressure from governments, the European Commission and environmental agencies to review the current chemical regulations, which do not include substances put on the market before 1981. This allowed the continued circulation of hazardous chemicals, and an assessment of existing legislation (published in November 1998) concluded that the regulatory system was failing. In 2003, the European Commission proposed reach legislation to formulate a new comprehensive and consistent EU chemicals policy, which fully reflects the principles of prevention and sustainability.

The draft reach bill has triggered a dispute between the industry and the European Commission, which has lasted for two years. The European Parliament and the Council are currently considering the adoption of this legislation under the so-called joint decision procedure. In its current form, reach will require companies to register about 30000 substances with the newly established European Chemicals Agency. Companies have to prove that the chemicals they use are not harmful to humans or the environment. The ultimate goal is to phase out hazardous chemicals in circulation by 2020.

The direct influence of reach is the European Union and its chemical enterprises. It will enable the single market countries to maintain a unified legislation, while maintaining a high level of environmental protection. It is expected that reach will have less influence in 10 new member states than in 15 EU countries. As the chemical industry in the new member states is heavily dependent on compounds imported from EU-15, the impact of the new regulation on the competitiveness of chemical companies will be very limited. However, these regulations may cause problems for importers.

Major chemical exporting countries also expect to affect their industries, such as the impact analysis of the Australian Bureau of agriculture and Resource Economics (PDF 763kb, ABARE, 2005). Reach will reduce Australia's major mineral exports to the EU because it covers major raw materials. However, the shift of exports to other fast-growing markets, especially China, will mitigate this impact to some extent. The study also concluded that the new legislation could lead to the transfer of metalworking from the EU to Asia.

According to the preliminary study on reach effect commissioned by the chemical industry, the competitiveness and employment opportunities of the whole industry have declined. However, two recent reports show that reach will do less harm to the chemical industry than previously feared, although the impact will still be significant. There are also reports that the industry may even benefit from stricter environmental regulations.

A 2005 impact assessment based on the case study method (PDF 1.62mb), written by KPMG and funded by the industry, believes that reach may impose a "significant" one-time cost on the company (KPMG, 2005). In one case, the cost is expected to be 20% of the annual turnover. Despite the high costs involved, the new legislation is unlikely to force companies to abandon the production of extremely important chemicals, the report said. It points out that enterprises can reduce costs by cooperating with other companies or rationalizing their product mix.

531
How Can Calibration Services Be Beneficial For ...

523
Why do sodium ethoxides are used?