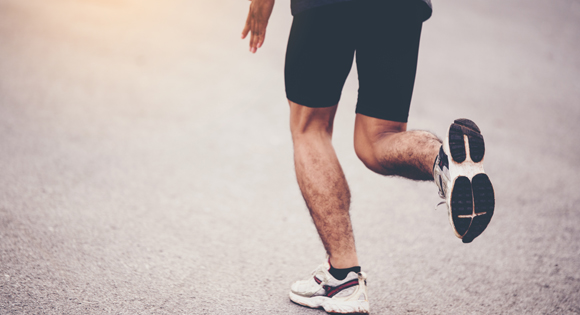 The Evolution of Running Shoes

If you have been into running or jogging for a long time, you must have witnessed the evolution of running shoes. Till the early to mid-2000s, running shoes were generally more towards fashion than responsiveness and practicality. They were heavy and superficial in designs. But latterly, the sports shoe companies started making practical designs that proved to be highly comfortable during the run.

If you have been into running or jogging for a long time, you must have witnessed the evolution of running shoes. Till the early to mid-2000s, running shoes were generally more towards fashion than responsiveness and practicality. They were heavy and superficial in designs. But latterly, the sports shoe companies started making practical designs that proved to be highly comfortable during the run.

1920
Let’s take you to the evolution of running shoes, started in 1920 and continued till now:

It was the time of 1920 when seven-time Boston Marathon winner – Clarence DeMar and his companions run the race in thin shoes, made from crepe rubber soles and leather uppers. At that time, Ritchings company made custom shoes that weighed less than 10 ounces.

Nothing much had changed in those 20 years. The top runners preferred spikes-fitted shoes to get better grip on a race track. A company in Wimbledon, England started making custom-fitted spikes for runners at that time.

Do you know that Abebe Bikila from Ethiopia ran barefoot and won the Olympic Marathon in Rome? He set a world record at that time. Today, Bikila, a shoe brand and type are considered one of the best running shoes.

A new design, Trackster from New Balance was introduced in 1960. They became the first mass-produced running shoes. Their sole with deep ripples was advertised to avoid shin splints. With the weight under 11 ounces, they were priced at only $15.

The first Nike Air Shoe, Tailwind was released in 1979. They offered the best cushioning system at that time.

New Balance’s 990 was the first $100 running shoe. The TV ad by New Balance featured its plushness and great luxury features.

It was the time when Adidas jumped into the completion of the best running shoes in the market. Adidas came up with its ‘Micropacer’ model that featured electronic pedometer stitched in its sole tongue.

In 1991, Adidas released its Pump running shoe, with air ventilation given on its upper. It was a good running shoe that was preferred by top-class athletes of that time.

It was the year when Nike’s first ‘Free’ design introduced. This design was more inclined towards practicality rather than its appearance.  By that time, Nike had become favourite of all top and low-level athletes across the world.

Currently, Nike free and Pegasus are ruling the running shoe market. They are highly comfortable, durable, breathable, and good running shoes selling both offline and online. Not all people can buy those Rs.5000 running shoes. But the passionate runners can buy good quality running shoes from Asian under the budget of Rs.1500. Its upper is made of mesh material and the sole is crafted in EVA and rubber, which is highly flexible and comfortable on rough terrains.

Good quality running shoes can tease you to wake up early in the mornings and go for a morning walk or little run. A remarkable pair of shoes makes you sail smoothly through all your rough rides. However, there are so many good shoes available in the market you get confused with. It is not easy to compare the quality, comfort, and long-run ability when purchasing running shoes for women.

Get ready to conquer the world with the right choice of running shoes as we are going to introduce some high-quality running shoes under your strict budget.

5590
What You Need to Know about Breast Augmentation...

3177
Aurogra is the First line Treatment for ED