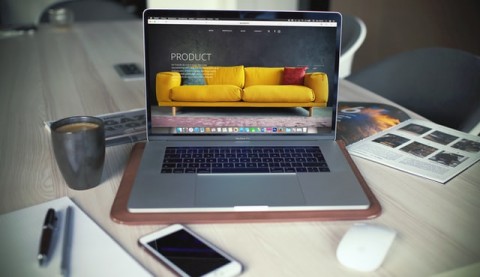 UX workflow is a process flow from research, design, prototype to handoff. UX designer needs many tools to complete the many stages of the design. If you use a PC for work, you are probably haunted by the constant mention of Sketch it is a vector graphics editor with many useful plugins that is quickly becoming an industry standard.

UX workflow is a process flow from research, design, prototype to handoff. UX designer needs many tools to complete the many stages of the design. If you use a PC for work, you are probably haunted by the constant mention of Sketch it is a vector graphics editor with many useful plugins that is quickly becoming an industry standard. The issue is, it is only available on Mac OS. You are left out unless you have an Apple machine. There are other design tools such as AI which is described below with their respective pros and cons too.

Adobe XD is a prototyping tool and a lightweight vector graphics editor that receives updates almost every month. Adobe plans on attracts features for UX designers on their established tools like Photoshop and Illustrator. More UX designers felt that the Creative Cloud did not match market expectations after the 2013 deprecation of Adobe Fireworks. Before discussing on Sketch and Adobe XD in detail let’s compare few other tools such as AI and XD.

Pros of AI Vs XD tools

In Adobe illustrator, the main pro is the creation. Whereas the Pros of Adobe XD are several and the following are the sum of it but not restricted to: Reusability, Vector, Interactive prototypes, clean design, Imports sketch files.

Cons of AI Vs XD tools

When there are pros, the cons exist too, here in the case of AI and XD, the cons of AI are where the Adobe updater would slow the process, also it has massive disk space usage. It is expensive. Whereas the main con of Adobe XD has no dark theme.

No matter if you are a longtime fan of Adobe or Sketch, when you open Adobe XD, the interface will look very familiar. There are a set of tools on the left side of the screen, there are also taller layer panel and dynamic properties on the right, this is similar to that which is seen on Sketch. It is easy to learn, unlike Sketch.

Adobe XD also has a set of features like the Repeat Grid. It is a tool that lets you replicate a group of objects with variable data.

•          Fighting against routine to ease the designer’s workflow

•          Bridging designers and developers with the help of modern tools and technologies.

Another solid lightweight UX/UI trend in 2021 is generative design. It is a program that can analyze a large array of data that is similar, used to find their defining features and characteristics, and later create new ones based on the data that is provided.

In the wake of the pandemic, another UX design trend that has begun is VUI (voice user interfaces). This comprises various methods of interacting with devices without actually touching the device such as VUI or air gesture control. One can use voice Chatbots to communicate to the users, using voice commands, many companies will create complete voice user interfaces.

Due to the rising popularity of VR and AR technologies, 3D will continue to be more popular in 2021. Abstractions, unusual angles, are possible to be done in 3D without using real objects. This can save money. Especially when you need to present an unusual house or expensive car.

All the above is like mentioning, just a drop in the ocean, that vast is the trends in 2021.  Contact one of the finest website design companies in Dubai to get the best UI/UX design trends that will never go out of fashion — design relevance and critical thinking.

E-mails are the most simple, reliable and lightning fast communication solution in today’s complex world. Actually, traditional mails will soon become an item of past. It hasn’t just revolutionized our personal li...

4298
Importance of Breadcrumbs for the Web Design In...

As it is likely to in all chance imagine E-commerce website design just isn't as informal as scheming your common business or individual website. Where a usual website only holds the info and truths that a future clie...

896
How to Make Stickers Step by Step

Make reusable stickers. For stickers, you can pull off and restick, buy some repositionable paste, which can be found at create stores and on the web. In the wake of planning and cutting your stickers, brush a portion...

686
Different Umrah packages in London And Their Co...

Do you know which umrah packages London to choose? Let us help you in finding the best package that will be within your budget.

662
What are the best free tools available for web ...

To Design like a professional, the very first step is you must know web Designing. if you have not started yet then start know Learn Web Designing