Helping Your Team Bounce Back From Disappointment - The Raw Egg Or Tennis Ball? 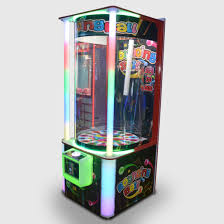 Helping Your Team Bounce Back From Disappointment - The Raw Egg Or Tennis Ball?

The Detroit Lions haven't won a road game in three years and were on the verge of doing just that until the unforeseen happened. In the final seconds of the game, the Lions' backup quarterback threw a long pass and their star receiver leaped in the air, caught the ball, and celebrated his game-winning touchdown. Then the official blew the whistle and signaled "no catch" because of a little known possession rule that the receiver had violated. As a closeted Lions fan, I was disappointed that my team was unable to break their losing streak. And as a coach, I wondered what I would do to keep my team focused, motivated, and forward-looking after such a heartbreaking loss.

Disappointment is built into athletics as well as life, and it's how we deal with the disappointment that is important. What if we, as coaches, could influence the lens that our teams view disappointments through? Well, I believe we can! It's our job to frame disappointments (losses, injuries, etc.) in a way that empowers our teams rather than renders them helpless. That's where the title of this article comes from...it's the choice that our athletes confront every time they face adversity or a disappointment. They can be the egg that is completely crushed when it's dropped or they can be the tennis ball that bounces back. So check out my ideas for bouncing back from a disappointment so that one disappointment doesn't turn into many.

3 Strategic Tips To Help Your Team Bounce Back From Disappointment

Bounce back tip #1: Include the entire team

Whether it's a basketball player who misses her free throws or it is the football player from the example above, they were not the only reason that your team lost the game. Just as it's never one player's responsibility for a win, neither is it one player's fault for a disappointing loss. The first thing a coach can do after a disappointment is to remind the team that they are indeed a team and that they rise or fall together.

Bounce back tip #2: Look to the future

No matter how sad, mad, pissed, surprised, or whatever emotion your team feels after a disappointment, they can't change it. They can cry, they can scream, they can stare in disbelief...but the result remains the same. The disappointment is still there. So what's a coach to do? Look ahead and use the disappointment as a jumping-off point. Whether your athletes need to learn the rules of the game (using my football example from the opening) or how to manage their emotions in crunch time, those are great places to start in terms of turning a disappointment on its head.

Bounce back tip #3: Correct the mistake

If your volleyball player missed the match point serve so severely that you know she was just scared to death of the moment, it's time to add some pressure situations in practice so that she can tighten up her mental game. We can't recreate the pressure of game-time competition, but we can give her tips to manage her thinking so that it's positive rather than negative. We've got to equip our athletes to bounce back from the disappointments that are sure to come over the course of the season.

Check out Mt-Times Bounce. Yup! Now, this is what a game should be! Feminists, please excuse! The main aim of Bikini Bounce is to, make you bounce between two female boo-boos. It's quite refreshing, to see an arcade game with amazing colors and unique gameplay. You are a man, who has to jump or rather bounce on the breasts of the model shown and collect prizes, you cannot afford to land in the cleavage or bounce off to either side of the wall, if you do bounce and hit the wall, you die. You have three lives to score (pun intended) and there are levels to go through and to.

Those are my simple tips for helping your team to bounce back from disappointments. The choice is truly theirs. They can be the egg-crumbling at adversity-or the tennis ball, which will keep bouncing back no matter how hard the fall.