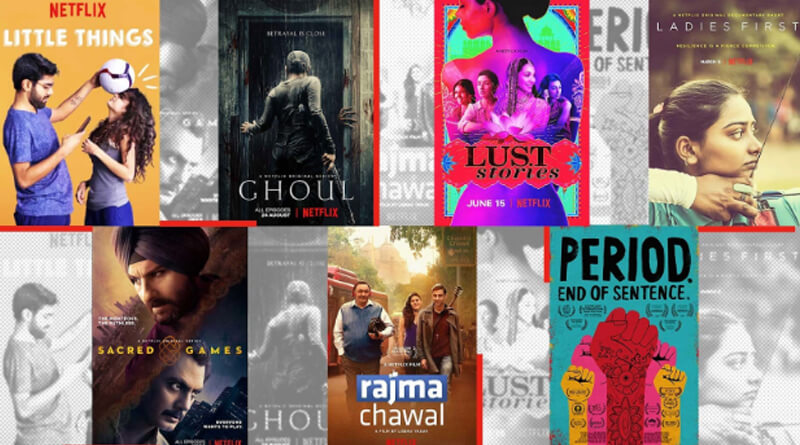 Best shows from NetFlix India, which you will definitely like

Do you know how to spend weekends? Probably for some people who are living in India and want to watch Hindi shows on their weekends. For them, weekends mean Netflix and Chill. NetFlix India streams some of the best Hindi shows and also attracts the youth of today with its unique way of streaming content! The shows are so good that they will practically force you to sit on it all day. But if you only want to watch such shows, after watching that you cannot say that you have wasted your time. Suppose you want to start today and you will need a list of Best NetFlix India shows. What will you do? Luckily, we can help you absolutely! We can give you a list of some of the best shows of NetFlix India, which after watching you will certainly not hesitate to say thank you.

You must have heard the name of this show. The show has gained a lot of buzz since Season 1. People were eagerly waiting for season 2 of the show to arrive. Now that the wait is over, you can watch this entire show comfortably on Netflix India. Everyone is now placing Sacred Games in the best web series because its story and characters have made a deep impact on people. The story of the show revolves around a Mumbai police officer and a criminal named Gaitonde. What will happen in 25 days in this story is a mystery. It contains crime, corruption and the story of the smuggling world of Mumbai.

The show, which showcased the most infamous rape story in India, made a lot of headlines. Many people liked it and on this basis season, 2 has also been announced. However, some have also given negative comments about the show. The shows are based on the 2012 gang rape in Delhi, India, which is known as the Nirbhaya case not only in India but in other countries. This is the story of a 23-year-old girl living in Delhi who was returning after watching a film with her friend. This story introduces you to the abominations of the society, depicting the horrific story of the beating of a male friend and the rape of a girl.

If you are fond of watching horror shows, then you must watch this show. There are very few shows that scare you so much that you really feel the fear around you. This show is one of them. Radhika Apte is in the lead role in this show. Everyone knows she is a very good actress. This story is about the army interrogation centre, where a terrorist is brought captive. Actually, during the interrogation, some secret truths come out in no time. Actually, that terrorist is not a normal person, he comes across as a Ghoul. It has been placed in the top shows in NetFlix India, which is a must-watch.

The Selection Day web show is based on the novel written by Arvind Adiga. The show was recently shown on Netflix. After the arrival of season 1, its season 2 was also announced, now its trailer has also arrived. You can easily watch this show on Netflix India. The story of this show revolves around two brothers, who are crazy to play cricket. So both come to Mumbai to play domestic league. Here they have to prepare to be selected in the team.

Little Things Dice is an Indian web show created by Media. Whose first season was well-liked by people on Youtube? The second season of the show was shown on Netflix. The show stars Mithila Palkar and Dhruv Sehgal as the main characters. People also like the pair of both. Also, the story of this show is the story of a couple who depict small things that happen in their relationships.