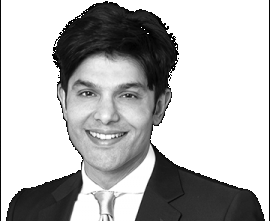 The Defender is by far the most iconic vehicle ever produced by Land Rover and can trace its lineage back to the first Land Rover models. It has remained one of the most practical and rugged work vehicles in use for over half a century and it continues to be a popular choice today.

The Defender is by far the most iconic vehicle ever produced by Land Rover and can trace its lineage back to the first Land Rover models. It has remained one of the most practical and rugged work vehicles in use for over half a century and it continues to be a popular choice today. This article looks at how the Defender has evolved over the years – from the 1940s to the present day.

The Series 1 Land Rover was unveiled at the 1948 Amsterdam motor show and immediately turned heads. It was designed purely for agricultural work. However, the Rover automobile company spotted a gap in the market for a vehicle that could navigate muddy fields – a gap that was only partially being filled by war surplus Willy's Overland Jeeps left behind by the American forces.

Inspired by the rugged practicality of the Jeep, Rover had set out to develop the Land Rover as a made-in-Britain alternative that used cheaper materials and was more suited to agricultural work.

In 1949, the British Army ordered its first batch of Land Rovers. This would prove crucial in cementing the Land Rover as a reliable beast in the public's minds. The Army used Land Rovers in combat up until the mid-2000s when they were abandoned due to their vulnerability to roadside bombs. However, Ex-military Land Rover Defenders and Wolfs are very popular on the second-hand market and occasionally found at dealerships like Prestige Land Rover Edinburgh.

In 1952 the second iteration of the Land Rover was released. It featured a more powerful engine, longer wheelbase, and distinctive deep wheel sills.

Series 2 Land Rovers sold in huge numbers, prompting Rover to release an improved model in 1971. The Series 3 had a plastic grille, fresh air heating, and a more user-friendly control system that made a formerly 'rough and ready' machine into a more commercially capable car.

Land Rover renamed their flagship vehicle in 1990 – calling all future models based on the original 1940s design Defenders. This reflected marketing that aimed to emphasize the military-ready ruggedness of the vehicles.

The Defender has matured well into the 2000s. Although it has lost out to more well-armored vehicles in the military field and cheaper vehicles in the rural field, the Defender has found a new lease of life as a luxury passenger and off-road sports vehicle. Throughout all of its iterations, the Defender and Land Rover series of cars has retained an extremely capable off-road performance that rivals any new 4 x 4 design. As a result, trekking adventurers still use these cards in the 2020s, just as they were in the 1940s. A stunning achievement! Like the Volkswagen Beetle and the Morris Mini, the Land Rover is a design that has truly stood the test of time with aplomb.

What Are The Things You Need To Ask When Buying...

There are several questions you need to be asking when you decide to buy a used car; however, some essential questions you must ask before signing on the dotted line are discussed below.

831
4 Advantages of Hiring a Moving Company

Choose Elephant Removals as we are the best moving company in the UK. For more details contact us!

When you think of the most crucial part of your vehicle, the battery is usually one of the first components that comes to mind. Your car battery starts the engine and runs all the electrical devices as well – essent...

537
Why get the incredible service of Luton airport...

Contact Airport 24x7, if you need a Luton airport taxi service. As we are the best company in the U.K., providing these services at a low price.

Here, we are discussing 5 Best Car Vacuum Cleaners that are available in the Indian market. Also, we have a buying guide that would guide you about the different factors that would help to make an apt choice.

In this post, you will learn how can you travel to Agra by using local cabs in the city.