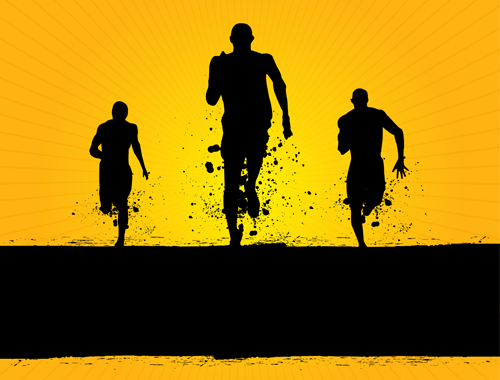 How to become a professional athlete for India National Sports – Hockey?

As Hockey is India’s National Sports – Making a career into it is definitely going to be the road of success. All those young athletes who have a fire to be a professional athletic; must look at the stages given below:

The priority is to focus on quantity over quality. In the early stages, it’s more important to just play and experience every possible scenario in the game of India National Sports – Hockey rather than to try and perfect certain skills. Focus on experience over perfection in the early years. The more time spent out on the field, the more development occurs. If you’re a true spirited player & willing to be the best in your sports, then you should play as much as you can without worrying about ‘being perfect’.

This first stage is all about analyzing yourself whether it is just a game for you or if it’s your passion.

A person with a fixed mindset will be someone who believes that basic qualities are set in stone which they believe. On the other hand, a person with growth mindset will be the one who believes that basic abilities can be developed. People with flexible mindset can only create a love for learning, improving, and a sense of resilience that is essential for significant development.

If you want to be a great hockey player, start embracing love towards a growth mindset. In order to go from good to great, develop a growth mindset and believe that small daily progress leads to significant improvement over time.

Now that you’ve emphasized quantity over quality for some time and have adopted a growth mindset, now you should be ready to start focusing on purposeful practice and perfect your skills.

Choose a skill that you struggle with the most and set a goal to improve it. Your goal must be reasonable, and not unattainable so as to discourage you. Your goal must be to go beyond the comfort zone but within reach. The objective is to set certain goals that will take you to the roads of continuous improvement over time.

For example: Currently, you are able to place your shot where on net 4 out of 10 times (on average), now set a goal to improve to 7 out of 10 times on a regular basis. Being able to fetch right shot 7 out of 10 times repeatedly would mean a noticeable improvement of your shooting accuracy.

Now, it’s time to evaluate yourself.  While you’re carrying out the skill during practice, notice what’s right you are doing when you hit the target, and what difference you’re doing when you miss. Adapt, modify as well as try distinctive things as you go to see if there’s a better or more effective way of doing things.

In this case, maybe you would try something like different puck-on-blade positioning, different hand placement, or even a different shot-release point.

After self-evaluation, it’s time to get another opinion. This is the stage, where you need to have a coach, parent, or someone knowledgeable who can point out where you did well and what poorly you did. The best person to approach will be someone you provide genuine feedback and encourage you to head towards improvement. Being a player, it’s really important to ask for the feedback whenever necessary, and as a coach, it’s important to provide this feedback in the best suitable time.

Feedback is important because without it players can continue down the wrong path and never see any significant development.

After becoming a professional hockey player, don’t forget to continue your practice sessions and keep a proper check on your daily diet and workout sessions. Because becoming a professional hockey player is not the highest level of your athlete journey, but sustaining that position is what your aim should be. Also, be a visionary, and dream of great future post-hockey retirement.

Undoubtedly it’s a tough transition retiring from professional hockey, but there can definitely be many ways to chase boredom and keep the passion alive. Human race is always motivated, and always want to feel productive enough and keep working towards a fulfilling goal. So, when you will retire as a hockey player, there would definitely be an urgent need to find a replacement activity which you can opt as given below:

Played as a professional hockey player until you retired? You must have earned a good amount of bucks.  Then, you can relaxed to fulfill post-retirement needs. With the amount of money pro hockey players make these days, there isn’t a need to find another source of income after retirement. But definitely, you can pick India National Sports – Hockey as your hobby.

When you have dedicated half of your lives to master India National Sports – Hockey, then being a hockey coach post-retirement is definitely what you must think to opt.  In this way, you would be able to maintain your deep love for hockey and side by side would continue making money by teaching others what you have learnt in your long professional hockey career.

Obviously! The cricket has to be on the top beside India National Sports – Hockey. By far, it is one of the most popular sports in India. Did you know The Board of Control for Cricket in India is one of the global leaders when it comes to profit-making in the world of cricket? As we all know that India has two religions “Cricket & Movies”.

Now, with the introduction of IPL, the popularity of Cricket has become double. IPL attracts cricketers from all over the world and the audience enjoys watching the unique amalgamation.

Football is being played in India for more than 100 years.  Football it is the second popular sports in India besides India National Sports. It has the potential to rival cricket as the go-to sport for the next generation. Although the Indian national soccer team doesn’t have much success at the international level till now. But the Indian national soccer team ranks 96th in FIFA rankings. India has organized the FIFA U-17 World Cup recently in 2017.  Soccer has become the 2nd most watched game by Indian sports fans.

Badminton is another popular sport in India apart from India National Sports. It is the third most played sports in India. The management of Badminton in India is done by the Badminton Association of India. India has achieved really good success at International level in badminton. We are proud of Indian “shuttler” Saina Nehwal.  She ranked 2nd in the world in the year 2010.

Wrestling is another most watched sport in India except India National Sports. Interestingly, today’s millennial mostly follows wrestling. An Indian Police Officer turned professional wrestler, Khali has made this sport so popular by being the part of WWE. WWE attracts a large number of Indian audiences. With the success of recent Movie Dangal, based on the real-life story of Indian Wrestler – Geeta Phogat. The popularity of Wrestling in India has been doubled. Also, recently in 2018, the Indian team has won 2 gold medals and a bronze at the Asian Games.

Tennis has been a popular sport in India besides India National Sports – Hockey. Though India hasn’t been labelled as a powerful force in the singles event, but it has often done really well in the doubles as well as mixed doubles category. For Indian youth, Sania Mirza and Rohan Bopanna are the real inspiration. Apart from them, the country has got players like Leander Paes as well as Mahesh Bhupathi who have made a significant impact on this genre of sports. In the last couple of years, Indian Tennis players have earned pretty good spots in the international tournaments.

Basketball is one of the popular sports in India besides India National Sports, usually played in most of the high schools, colleges, as well as universities. There is considerable patronage for this game among younger generation. Basketball in India is played by both males and females of all ages as well as abilities. Currently, Indian Basketball follows FIBA International Basketball Federation rules for organizing and managing basketball championships.

From the last two decades, Chess is one of the most popular sports except India National Sports.  Grandmaster and former World Champion Viswanathan Anand is considered a hero by many Indians. His rise in the world of chess has inspired a whole generation.  He is an admire of young Indians to opt Chess as their dream career. Besides him, other players players of India are Vidit Santosh Gujrathi and Harikrishna Pentala.  They have recently achieved pretty good places in the 2018 FIDE ranking.

In recent times, Motorsport has gained a lot of popularity in India. Sanctioned by the Fédération Internationale de l’Automobile and owned by the Formula One Group, Formula One is the highest class of single – seater auto racing for which first ever Indian driver competed in 2005 and the first ever Formula One Indian Prix that took place in 2011. Interestingly, India houses one of the best Grand Prix circuits, the Buddh International Circuit, in Greater Noida.

The importance of sports is similarly important as of cinema, art or theatre. Besides being spectator sports for the general public, sports professional serve as the inspiration for young Indians. It is one of the most important contributions the sporting sector has made to India. Besides serving as an inspiration to Indians, learning a sport instils a healthy level of self-discipline in children from a young age. Apart from learning that trait, children should learn to value team ethic, hard work, preparation, as well as practice. Rather than focusing too much on theoretical studies, integrating a sports culture in schools from the grassroots level is of primary importance.