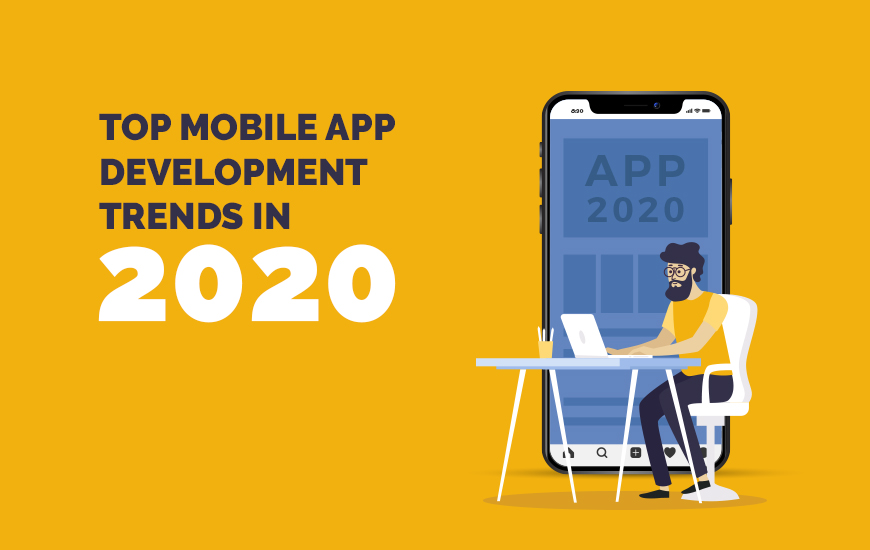 Many companies are opting for mobile apps to better their business. This promises an increase in the number of mobile applications in the upcoming years. Explore the top Mobile App development trends which will be a major game-changer in the year 2020.

Here are some top Mobile App development trends you will see in the upcoming year, 2020:

M-Commerce, also known as Mobile Commerce, allows users to carry out online shopping through their smartphones. Thus, if the customers have a smart mobile device with them, they can shop anytime and anywhere. With Digitisation being promoted immensely across the globe, apps like Paytm and Google Pay are not only supporting this cause but also making the lives simpler. Hence, it is no genius that the use of M-Commerce is going to increase, excessively.

Augmented reality (AR) and Virtual Reality (VR) have been much-talked-about technologies in the world. Everyone has been waiting for the time these technologies will become a part of the real world, and as it appears, the time is almost here. This can be confirmed after the release of ARKit by Apple and ARCore by Google. These releases have given a rapid momentum to the iOS and Android application development. In fact, apps like Ikea are already using these technologies.

In 2020, these two much-hyped technologies will cause a revolutionary change. It is expected that AR integration is going to be an essential step in the mobile app industry. With these developments, the demand for applications has been increasing in most of the sectors. Companies and brands across the world firmly feel that such a development will boost their sales, immensely.

Artificial intelligence and Machine learning have opened up many possibilities for mobile app development. One such possibility is the ‘Chatbots.’ The artificial intelligence-powered Chatbots is a much-needed necessity in today’s world as it improves user engagement and saves the money of companies. As a matter of fact, retail giants like eBay and Amazon are already using it in their mobile apps. They have noted a significant success of these apps as they enhance the user experience by responding to their queries immediately and engage them in other ways.

The year 2020 is expected to take the mobile app development to a much-elevated level with the help of these Chatbots. Leading companies are already planning to build apps using this technology and along with them, a number of small-scale companies are planning to do the same. As Chatbots are user-friendly, they will also help a company to influence its customers and thus, gain customer loyalty.

Internet of Things or IoT is a vast network of interconnected digital, mechanical, and computing network that enables the transfer of data and information. It enables a user to control small gadgets and non-IT equipment through apps stored in his/her smartphone, remotely. In the present world, it has become an industry in itself. Hence, it showcases the potential for becoming a smart-technology in every sense. Apart from other things, Cloud technology is also an important aspect of it which displays excellent potential.

It is anticipated that Internet of Things or IoT will become a major game in the year 2020. As it is meant to focus on enhancing the user experience, it will prove to be highly useful. According to data published on Mobile app daily, the investment on IoT will reach 120 billion by 2020.

A technology-based on similar principles, Wearable Technology, will also be an important game-changer in the upcoming year.

3726
WhatsApp to computer and phone

3509
What Are The Best Reasons For Businesses To Inv...