IMDb in the Film Industry is very prominent. 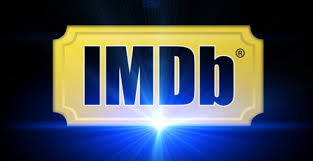 IMDb in the Film Industry is very prominent.

IThe film is a series of live images or moving photos because of technological sophistication. The public immensely loves film in this era as a medium of entertainment. Inevitably, many people use the complexity of technology to make films with the best image quality and storyline because that way can get a positive response from the community and of course, to obtain a significant income.

A film's rating system must certainly be credible and fair so that no party is harmed. In the world of film, you must be familiar with IMDb, which is an online site providing information relating to movies, television shows, which includes a synopsis, player lists, rating reviews, and of course, the rating of the film in question. It can't be denied if IMDb is a reference site before watching movies. Inevitably people will be affected by the score.

The Drama film starring Tim Robbins (Andy Dufresne) and Morgan Freeman (Ellis Boyd Redding) received a 9.2 rating. The film is based on Stephen King's novel, which tells the story of friendship between Andy and Red in Shawshank prison. Andy is a professional bank accountant accused of killing his wife, who is having an affair. Finally, he was jailed and met Red. At first, Andy found it challenging to adapt to prison but gradually became accustomed to and enjoyed being with Red and his friends. Andy even became a financial consultant in prison and who made prison financial data. Until finally, Andy found out who killed his wife. But his complaint was not heard by the jailer. With Red's help, Andy runs away and later meets his best friend Red.

The horror film adapted from William Peter Blatty's novel is rated 8.0 on the IMDb website. The film, played by Ellen Burstyn and Linda Blair, tells the story of a little girl possessed by demons and her mother's desperate attempt to cure her daughter through exorcism, a ritual of exorcism. Creepy images are very attached to this film, so scary there are several cities in various countries banning the Exorcist view. Even so, this horror film became one of the most successful horror films of all time, with a gross profit of $ 402,500,000 worldwide. Also, there were ten nominations and won two oscar trophies.

The film directed by the best director, Christopher Nolan, was rated 9.0. Superhero genre that features DC Comics Batman characters, until now, there has been no rival, even from superhero Marvels. The Dark Knight, starring Christian Bale (Batman) and Heath Ledger (Joker) is the sequel to Batman Begins. Told if the City of Gotham became gripping with the presence of the Joker who robbed the bank and killed anyone who prevented him from doing evil, especially Batman as the main object of the Joker. Because that's the real pleasure. Earlier, we have been able to see if the Joker is a psychopath who is looking for a unique fun that is seeing other people suffer. This is inseparable from the painful past of the Joker. Because this Joker character makes the movie The Dark Knight get a high rating. But unfortunately, after the film aired, a few months later, Heath Ledger killed himself.

That's the eight films with the highest ratings from various genres. A good movie can be said not only seen from the acquisition of scores, but also the contents of the story conveyed have a positive effect on the audience.