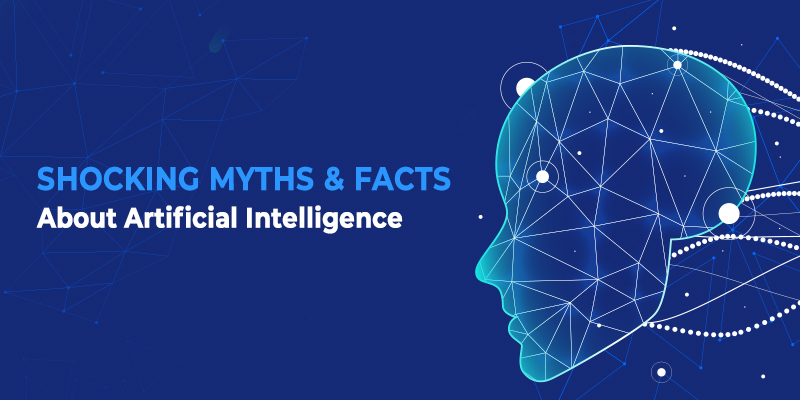 Me - Alexa can you tell me what AI is? Since your sister, Siri, is not in the mood maybe?

I, and my sister Siri, are the live examples of AI as well!

So yes, everything that we ever saw in the Hollywood sci-fi movies has come to life.

Those automatic machines, the robots doing all your jobs, the convenience of voice control, flying cars, well no, wait, no flying cars yet (sad).

And this is just the smaller version of what scientists are exploring, also known as narrow AI.

Can you imagine how big the bigger version, i.e strong AI is going to be?

What calls for an interesting conversation is what the future holds for AI and how it is going to turn out for humanity.

Is it going to be the end of the world for humans? Will the robots take over the world?

Sounds like a typical idea of a sci-fi flick, doesn’t it?

As fascinating as these controversies sound, we all need to know more to make sure if this technology is something we should be looking forward to or fear.

Let’s clear it up.

The MYTHS VS FACTS

Myth#1 - Superintelligence by 2100 is impossible

Fact - It may or may not happen at all. Scientists are not sure about the timeline as of yet.

Myth#2 - AI is going to turn conscious and evil. (Tying to take over the world)

Fact - AI will turn competent and it’s goals may or may not be misaligned with ours.

Myth#4 - Robots are the main concern.

Fact - Misaligned intelligence is what should be feared. These devices don’t really need a body but just a medium i.e the internet.

Fact - Machines are more goal-oriented. They perform specific tasks, at specific times and specific pace too.

HOW CAN AI BE DANGEROUS?

Since a lot of artificial intelligence marketing companies in India are emerging, it is viable to know these facts and accusations.

A lot of researchers consent to the fact that a superintelligent AI won’t be able to exhibit emotions like a human being.

And with set goals and no emotions, they could only become a risk.

Take a look at when AI can become dangerous:

This makes for an argument that if this kind of technology falls in the wrong hands, it could easily cause mass casualties or even the end of the entire human race.

For example - If you ask an AI-powered car to take you to the airport through the fastest route possible, it might not care about the way how your car gets through the scratches from the tree branches or how you are feeling sick on the way.

A super-intelligent AI will be extremely good at achieving goals. AI marketing company can make use of it in a good way for companies and entrepreneurs to roll in big conversions and a lot of customers.

These threats will anyways take years, possibly decades to come to a realization, if only they must.

What do you think is going to happen further down the road? Will the human race continue to rule the earth or will AI take over us? Or will the two forces merge altogether?
Join us in the conversation or visit Ads and Url for a joint venture to make your company more AI-proof.