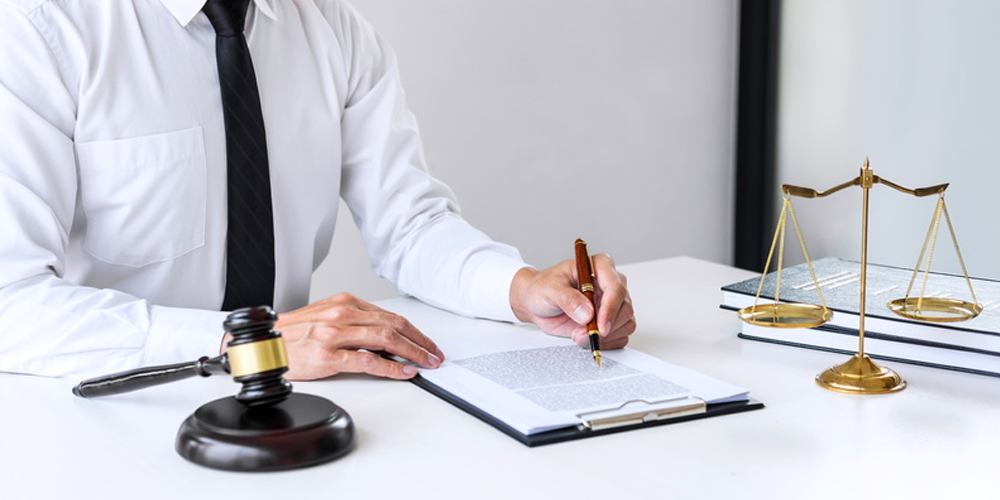 Importance of Hiring A Divorce Attorney: What Are The Most Common Reasons For Divorce?

Divorce or dissolution of marriage is a very emotional procedure. It is the process of terminating the marital union of a couple. Divorce is reorganizing or canceling the legal agreement involved in the marriage, thus separating the bonds of matrimony under the rule of law. The divorce procedure is required to be sanctioned by the court in a legal process. The process involves determining and resolving issues child custody, distribution of property, spousal support, child support, parenting time, child visitation access, and even division of debt. This is a long arduous process that would need a reliable divorce attorney that will help the client every step of the way.

The breakup of couples who are in a common-law relationship is called separation, rather than a divorce. Annulment is different from divorce. An annulment declares that the marriage of two individuals is null and void. Legal separation also referred to as de jure separation is a legal process wherein a married couple formalizes a de facto separation while maintaining the legality of their marriage. Couples can also have a de facto separation where the two people decided to informally stop their cohabitation. There are various reasons for divorce ore separation. It can be caused by personality clash, sexual incompatibility, and many more.

Most Common Reasons for Divorce

A spouse who experiences cheating would feel hurt and pain. Infidelity is one of the most common reasons why some marriages end up in divorce. Cheating on one’s partner is a violation of the couple’s contract that was made legal by the marriage which includes sexual and emotional exclusivity.

A marital relationship has exclusivity expectations that are broken when a spouse commits the unfaithful act. When these exclusive expectations are not met by one partner, research shows that the betrayal can cause psychological damage to the other partner. The betrayal leads to the feeling of rage and anger. The events leading to the divorce can be too emotional which is why the legal process can be difficult in discussing other factors. This is why a divorce attorney is important to help the client ease into the process without having to personally face his or her cheating spouse.

Just like infidelity, domestic violence is emotional and can lead to unproductive meetings between the parties involved. The help of divorce lawyers from each side is needed to negotiate the legal terms that are needed to be resolved. It must be noted that if a spouse becomes violent in any way, the partner must work to get help not only legally but emotionally. Other legal cases can be involved due to the domestic violence that took place which is a crime committed by the partner.

Still, intimacy is more than just love-making. It involves paying attention to the partner and making him or her feel special. A little act of kisses, hugs, holding hands, back rubs, and even saying the words, “I love you” are important parts of a relationship. Some couples choose divorce when intimacy is lost and they felt like they drifted far from each other.

Getting married for couples is a very exciting time where they thought everything clicked together and that they are made for each other. The differences between the two are easy to ignore at the beginning of the relationship. Unfortunately, for some couples, time changes things and some of the differences never worked out. In some cases, a partner would change their political views that come in contrast with his or her partner.

The differences can become too great that it would often dominate the marriage. Some things and events could impact each of the spouses differently. They would grow tired of all the irreconcilable differences leading to the divorce.

Addiction is a complex and progressive brain disease that manifests itself through compulsive use of illicit substances, despite the dangerous repercussions. People experiencing addiction or severe dependency on a substance would have an intense focus on it. The substance can be either alcohol or drugs. In some cases, the addiction is too severe that it takes over their relationship and their entire life.

Addiction can take a toll on a marriage. Since it is a progressive disease, it gradually weakens the marital union and relationship of a couple. It can undermine the commitment that the partners have made to each other. The damage that alcohol and drug abuse can build up might come to a point where the marriage is hard to salvage. Addiction or substance abuse is one of the main reasons cited that leads to a divorce. Studies showed that alcoholism or drug dependency is the third most common cause of divorce in a marriage.

Importance of Hiring A Divorce Attorney

Hiring a divorce lawyer is important as the attorney can help give expert advice, reduce stress, and negotiate for his or her client. It is best to hire lawyers with a specialty in divorce and family law just like the Benari Law firm. In divorce cases where there is animosity between the husband and the wife, it is too difficult to negotiate the terms of the divorce. There is a probability of a shouting match regarding the division of properties, child support, alimony, and many more. It is an emotional and sensitive time for both parties which is why a divorce lawyer can calmly negotiate on the client’s behalf.

How to Stay Fit, Fab, and Fearless After a Toxi...

The article shares ideas on how to handle divorce and cope up with the situation. It also suggests tips on how to stay fit, fab, and fearless during and after the divorce phase.

642
How To Handle Financial aspects after a Divorce

Hello. I am Neha Chhibber from New Delhi and I am a lawyer from Delhi high court. Any help for the Matrimonial case and any other personal issue So, you don't Panic and smiley dial our 9999827929 this phone number...

609
What Are The Advantages Of Hiring Expert Divorc...

Separation is a very painful and emotional situation for anyone. When you decided to take divorce after so many arguments and checking all aspect of the solution, then you should hire reputed and the Best Divorce Lawy...

All you need is a good Wi-Fi connection and you can save yourself from a three-hour-long mindless cinema and you can watch these great web series:

593
The best Divorce attorney near me in Staten Isl...

Are you looking for the best divorce lawyer? Then you are the right place. we guide you for your divorce problem because I am a very experienced divorce lawyer in Staten Island. so I can guide you. Contact me

591
Know about the divorce lawyers in USA/Canada

If you and / or your husband have decided to end your marriage, then you will have one of the first questions whether you need a divorce lawyers in USA. This is not an easy question, and it will mainly depend on your ...