The NFL released the 2020 schedule and the Green Bay Packers 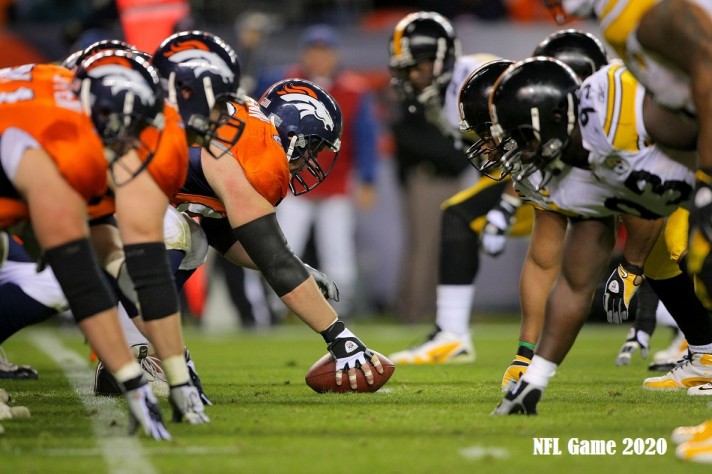 The NFL released the 2020 schedule and the Green Bay Packers

After the loss in the 2017 NFC Championship, Minnesota Vikings fans convinced themselves that an upgrade at quarterback would be enough to push them over the edge. Despite not making the playoffs the following year and a one-sided contest in the 2019 Divisional round, I find it hard to believe that a quarterback upgrade was the only piece missing from two years prior. Coming into his third season with now his third different offensive coordinator, Kirk Cousins is in a good as spot as ever to compete. While the Vikings faithful also recognize this, dreams of rings and a trip to Tampa in February are surely on their minds. Optimistic? Yes. Possible? A little bit less, but still sort of yes. It would be bold to say that Minnesota will lift the Lombardi Trophy this season, there is no doubt about that. Instead, below are five other bold, but somewhat possible predictions for the Minnesota Vikings 2020 season.

Five Far Too Bold Predictions for the Minnesota Vikings 2020 Season
Kirk Cousins Leads the League in Quarterback Rushing Touchdowns
Lamar Jackson, Josh Allen, Russell Wilson. Those are typically the names that one might think of when it comes to leading the league in rushing touchdowns. Kirk Cousins…he usually tends to be a bit lower on most people’s lists. That would be completely rational thinking until you really start to think about it and crunch some numbers. Cousins has rushed for 15 career touchdowns, but only two were for Minnesota. 14 of those 15 were from either play action plays or a one-yard quarterback sneak. Play action was the Vikings bread and butter last year, a staple in Kevin Stefanski‘s playbook. The excellent work of Dalvin Cook forced teams to always prepare for a run, but tucking the ball and keeping it for himself is the last thing teams would expect from a quarterback who put up a 4.84 40-yard dash time at the 2012 combine. The rest, well, there is only so much you can say about a one-yard sneak. Josh Allen led the league with nine touchdowns last year, so Captain Kirk will likely almost have to double his career-high of five in order for this one to come true.

Danielle Hunter Leads the League in Sacks
Having reshaped most of the defensive line, all eyes lay on the emerging superstar Danielle Hunter. Racking up 70+ tackles, 15+ tackles for loss, and 19+ quarterback hits in back to back seasons, Hunter was still always in the shadow of Everson Griffen. With Griffen most likely not rejoining Minnesota in 2020, and Linval Joseph heading to LA, that’s just two fewer players Hunter has to worry about getting to the quarterback before him. Hunter’s 14.5 sacks in 2019 were enough to tie with T.J Watt for fourth, Griffen and Joseph combined got 11. If a few more go Hunter’s way and he continues his upwards trajectory, don’t be surprised if the crown comes to Minnesota for the first time since 2011.

Minnesota Has the Most Players Represented at the Pro Bowl
In January, eight members of the Minnesota Vikings suited up for the NFC to take part in the 2020 Pro Bowl. This number was the third highest out of all represented teams, with only the Baltimore Ravens and New Orleans Saints having more representatives. This is obviously a sign to the Vikings organization that the balance and depth across the board were incredible in 2020. Despite the fact that Everson Griffen and Xavier Rhodes are no longer on the team, and Dalvin Cook is threatening to hold out, I still believe the likes of Anthony Barr, Adam Thielen, Brian O’Neil, and Anthony Harris can make the leap and make Minnesota the most represented team.

Minnesota Goes Unbeaten Against the NFC North
Flashback to 1998. A rookie wide receiver falls in the draft into the 20s (Randy Moss) and is selected by Minnesota. He joins a veteran receiver and fan favorite (Cris Carter), alongside an established NFC East quarterback who is in his first few years with the Vikings (Randall Cunningham). Does this sound familiar to Vikings fans? Is this a similar situation that Jefferson, Thielen, and Cousins find themselves in? That of course was back in 1998, which was also the last time Minnesota went 6-0 against their division (they went 15-1 that year). With the Detroit Lions currently lacking a true identity, a Chicago Bears franchise that doesn’t currently know who it’s starting quarterback is, and a Green Bay Packers team who were the most plain and fraudulent 13-3 side last year, going undefeated isn’t out of the question. After losing both games to the Packers and the Bears, there was hope that they could regain the NFC North crown in 2020. The last loss to Chicago was a Week 17 outing featuring Sean Mannion, so that should say enough about that fixture. Week 2 saw a 21-16 loss at Lambeau, where Minnesota played their worst quarter of football last year. This one is more difficult than one might think at first glance, but there is hope for a perfect northern run for Minnesota.

Minnesota Will Never Have a Winning or Losing Streak Longer Than One Game
I couldn’t give Minnesota five positive predictions, as let’s be honest, disappointment is a common trend for the Purple and Gold. This one revolves around the recent schedule release and Minnesota never winning or losing more than one consecutive game. Therefore, the 8-8 season would start with a loss vs Green Bay, before a road win against Philip Rivers and the Indianapolis Colts. Then, losing to the Tennessee Titans, and bouncing back with a win over the Houston Texans. A difficult matchup as always in Seattle before Minnesota’s first home win against the Atlanta Falcons. A tricky fixture in Lambeau means the Vikings go 0-2 against the Packers, before getting their first divisional win against Detroit. Chicago continues their reign over the Vikes before an explosive win against the Dallas Cowboys. As always, Minnesota loses at least one game they’re expected to win, and that will come at the hands of Teddy Bridgewater and the Carolina Panthers, then a blow out win against a weak Jacksonville Jaguars side. A close loss against Tampa, then a home win against the Bears in week 15. New Orleans finally get their revenge in a Christmas Day thriller, before wrapping up the season 8-8 with a win over Detroit.

These are purely bold predictions, I do not wholeheartedly believe Cousins will lead the league in rushing touchdowns, yet it is possible. 2020 will surely have tons of ups and downs for every team, with no exceptions for Minnesota. Perhaps they will have 13 players at the Pro Bowl. Perhaps they make the Super Bowl and no one goes to the Pro Bowl. Time will tell if I am right or wrong, but if any of these predictions come true, you heard it here first.