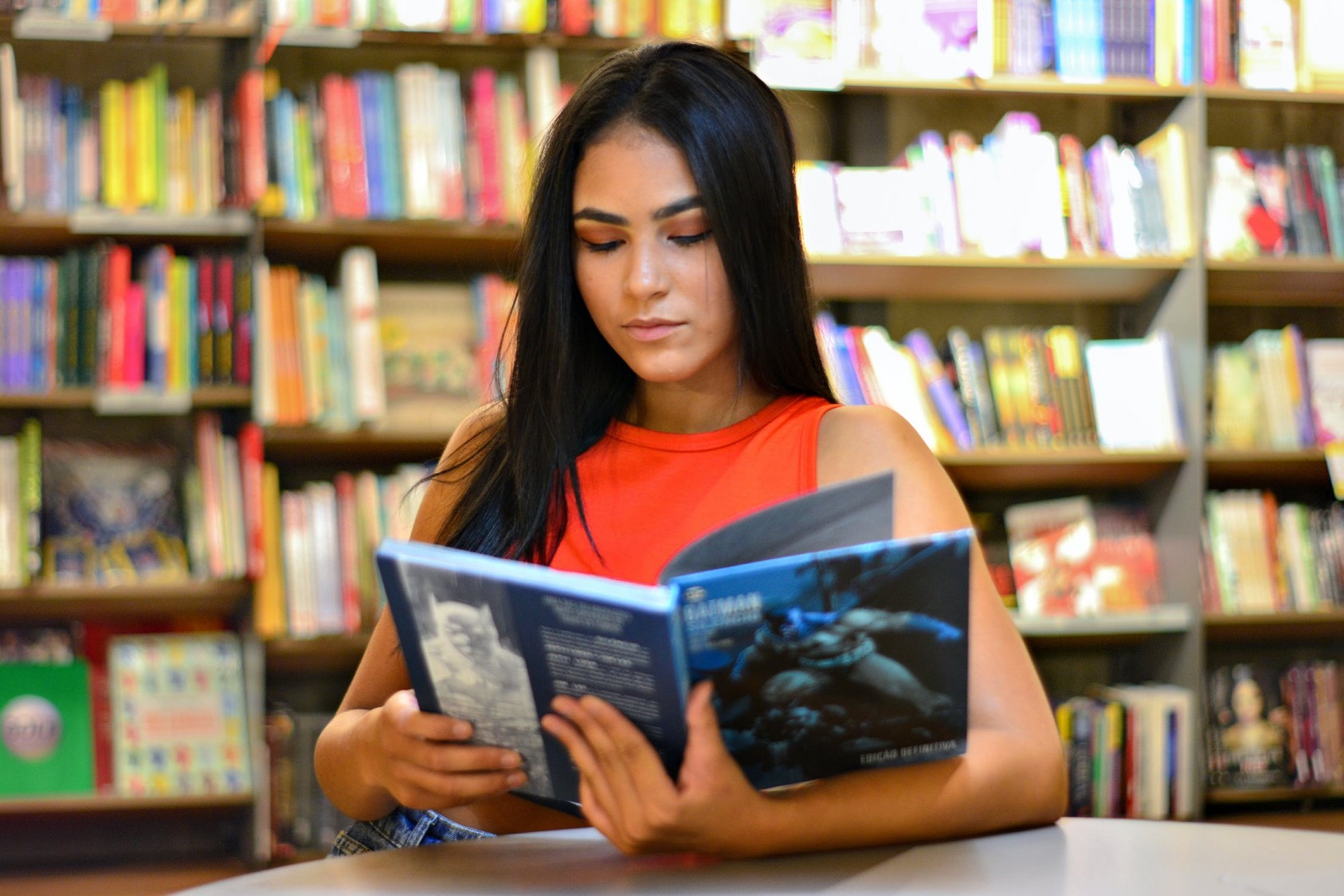 These days I've been thinking about Excentrya and the things I do. As you may have seen, I have been changing things for a while and it is taking me a bit more than I expected to find the balance point. With all of this going and in the midst of a ton of changes, I got to thinking about some of the worst writing advice I've ever been given.

Well, actually, all this comes because the other day, in Ana González Duque's group of writers, a good discussion was put together as a result of a question that was launched. The question was: should a writer have a blog with professional ghost writing tips? The reasoning was good, but false.

It was even said that having a blog with writing tips without having succeeded was like selling smoke ... Well, I don't need to win the Nobel to know what I like to read and to know how to write ... I've been writing for a long time to get an idea of what works and what doesn't. And like me, most of us who do this.

It was that exact comment that made me think of the worst writing advice I've ever been given. It didn't take long for me to realize that there have been few. I have received writing advice from writers, editors, proofreaders, and readers.

Once, a certain editor told me that "I had the makings of a writer". I thanked her for the comment and I replied that if one day they are looking for a writer made of wood for their publishing house, to call me. I think he got a little pissed off ... But the truth is that I don't give a shit ...

Never get out of your gender

After publishing my first book, Blackwood: Skin and Bones , I wanted to rest from the terror. I wanted to write something different, maybe a more human story, something more dramatic and without supernatural or terrifying elements.

I was talking about it with several people and their advice was: don't do it, you write terror, focus on that . That advice was like a jug of cold water. It hurt me so much that I did not write for a long time, every time I sat down to write and, instead of telling my story, I wrote a horror story I knew that I was not doing what I really wanted to do.

Because of that, I didn't write for a long time. It bothered me so much that I couldn't do what I really wanted to do that I preferred not to go near a sheet of paper.

Luckily, I realized that this is not about what one tells you or what the other wants. This is about what you, as a writer, want to do. When I realized that he could only listen to me, that my stories were born and died in me, I started to write.

From that change a good idea was born, one that for me is my best novel. I learned that you can only listen to your heart and that you don't need anyone's permission to be yourself .

If bad writing advice were rock songs, this would be Ac / Dc's " Highway to Hell ." This is very popular advice, especially since all writing classes give you a buzz on this.

Oh please don't tell me: Gilbert is sad. You have to tell me: Gilbert worked in a dusty insurance office and hated his job because the mountains of paperwork were killing the spark of his creativity.

Sure, the teacher lets you go and what do you do? You show how Gilbert breaks inside when his girlfriend cheats on him, you show his discomfort with work by showing his cubicle lined with hallucinogenic Jimmy Hendrix posters ...

What remains at the end is a story that does not advance. You show their feelings again and again from the outside and never involve the reader in what is happening to them. You dedicate yourself to showing and showing and you forget all that web of feelings that makes up the character of a person.

Yes, burning tears show pain and white knuckles show anger. But when push comes to shove, you're not delving into those emotions . They are just a caricature. If you want to show us the complexity of human feelings and personalities, you will have to count. You will have to use the internal monologue, the thought processes or you will simply have to expose.

"You can summarize this", "You can cut this." These are two of the comments that you will always find in manuscripts after going through a proofreader .

Put your manuscript here, please. We assure you that you will not feel pain.

Well, this tip teaches you the same about writing as it does about Asian cooking.

Writers, especially newcomers, tend toward verbiage. When you start writing you are unable to find the difference between something essential and details that lead nowhere . It is like leaving a child loose inside a candy factory.

If you cut everything, you will end up loading your text. It's that simple. Sometimes those things that proofreaders and editors mark as "left over" are the most important. It is not that they do not work because they are bad, they do not work because they are too long or difficult to swallow. They are usually phrases and words that border on I don't-know-how-to-say-this-in-a-single-word.

The only way to explain these concepts is through long or tedious paragraphs, and sometimes - God help you - you have to add more text.

Write only one thing at a time

This is Henry Miller's number one tip. Number 10 was: "Forget the books you want to write and focus on the one you are writing." I guess you get the point, we could summarize it as: finish what you're doing and stop shitting .

A novel can be out in three months — as Stephen King says: a novel is like a season — or it can last as long as Polonium 239. What if I don't get it? What if I get stuck? Do I have to drop everything and not write until I finish it?

Sounds lousy advice to me. Right now, I'm finishing a novel. I started writing it in June, I've gotten stuck several times. From each of these traffic jams I have taken about five stories and a short novel. If I had focused on writing just that novel, I would have wasted a lot of time.

You can work on multiple projects at the same time. Short stories work well to unblock and "clear" the head when things get stuck. In the same way, you can play with the genres and styles; If you are writing a Victorian drama, put on a CIF tale and have fun.

Write about what you know

We writers want to write like Orwell or Tolkien, despite never having been to war or in a French trench. We want to write about the space stations of Ganymede despite living in a small town of those in which goats are still thrown from bell towers.

The bitch of writing about what you know is that nobody knows anything about vampires or goblins. I don't know of anyone who has walked the moons of Jupiter, and of course if I had to swallow all my stories with this they would be about a bland, middle-class white boy ... Which is boring even to me.

There will surely come a time when you want to write from the point of view of another race, another sex, another sexual orientation, another ideology and another religion. Writers have to write and create characters and situations that we do not know, that have nothing to do with us .

If we don't invent places, lives and situations… Why the hell do we write?

Do you remember Gilbert? That guy who hates his job. Well, after all those problems with his job and his girlfriend, Gilbert at almost 40 has to decide what to do with his life. At this point, we have to show his traumatic childhood in a lower-class neighborhood of Manchester ... Or are you going to skip all that part and give a couple of details about his personality and do whatever it takes even if your reader doesn't understand what the hell is going on? with Gilbert?

If things get complicated for you, the best thing you can do is tell what life was like for Gilbert in that shitty neighborhood of Manchester ... And you know what? Nothing happens because you tell that, you are not committing any crime. You are not doing anything wrong. In fact, telling how Gilbert did in his childhood years may help readers understand the character.

The hell of adverbs and adjectives

Stephen King says that the road to hell is strewn with adverbs. In every school of writers they tell you to load up on adverbs ... To kill every word that ends in "-mind". But it is that sometimes it is necessary that you use an adverb ... Sometimes an adverb saves you a couple of extra words.

Excuse me, miss, can you tell me how to get to hell? Sure, you just have to go the adverb path.

Eliminating adverbs is good writing advice, because often the adverb is the lazy writer's device . We use adverbs to cut corners and we save information.

Adjectives offer that different flavor, sweet, aromatic, light and friendly… Anyway, if you've ever wondered why minimalism works so well, the answer is: because it goes to the fucking point.

If you like a phrase too much, kill it. This kill your darlings is a piece of advice that is given a lot to novice writers, when you fall in love with a phrase, a particularly clever twist or anything that has nothing to do with your story, the advice is always: kill it. Delete it.

These phrases are the girls of our eyes. When we are growing as writers, we are like those people who always hook up with the least appropriate. Those phrases, those twists, are our toxic relationships .

The problem is, many of those twists and phrases are really good. So why do you have to get rid of them? How can you make people like that phrase as much as you do?

You have to grow. You have to grow as a writer, if when you get big and strong, you are still in love with those stories, you will be able to make your readers love them too… Why? Because you will have your own style and you will have enough personality and courage to take that phrase that seems out of place and tweak the story — the story and not the phrase — as much as it takes to settle it.

This is valid for a phrase, an idea or a plot twist.