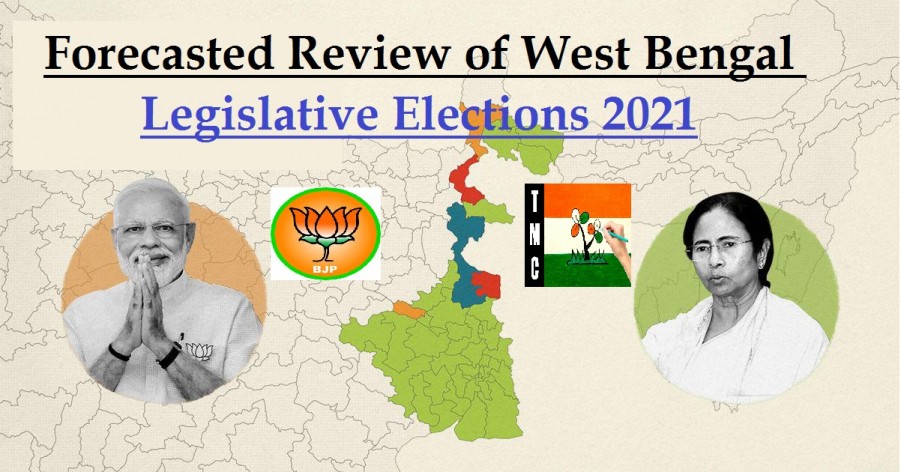 The West Bengal legislative elections are set to be held in 2021. It is assumed that it will fall in between April to May 2021. Though, the specific West Bengal election dates for 2021 are yet to be decided. The BJP government is putting all the efforts to count Bengal state under their winning territory this time. They have raised 11 major seats to fight against Congress. It has been observed that in the past 5 years the popularity and fan base of honorable Chief Minister “Mamta Benerjee” of All India Trinamool Congress Party since the year 2011 dipped drastically. In the past years, nothing much had been done by her government & now people are hardly looking forward to seeing her on the post of Chief Minister. Although, the party is focussing on all the loopholes to be covered.

After the Bihar Elections now, everyone has set their eyes on the Bengal Elections 2021. This time BJP (Bhartiya Janata Party) is doing a huge campaign across the state to win this election. The Muslim community in West Bengal has no trust left in Mamta Banerjee's TMC (Trinamool Congress Party). This may turn out to be one of the factors for the win of the BJP government.

The voters against the BJP government may support the existing CM of West Bengal. Although, these votes can be segregated to different parties. Apart from these two giants, there is another party that is in the race to win the title, The Communist Party is also preparing for this big opportunity & they will also be ready for the big day.

Bhartiya Janata Party (BJP) got only 4.06% votes in the Assembly Elections 2011. In the year 2014 BJP was able to hold 17.2% of votes against TMC & Communist Party. Whereas in the year 2019 BJP gained 18 seats out of a total of 42 seats with 40.64% votes in the favor. It was very close to Trinamool Congress Party with 22 seats and 43.69% votes. In the past two tenures, the government of current CM Mamta Banerjee couldn’t win the hearts of people in Bengal. Today, most of the voters aren’t in the favour of Mamta Banerjee to become the Chief Minister again. Now, BJP has all the chances to win the race in West Bengal Elections 2021.

With time BJP has built its strong image in the eyes of people in West Bengal. There are several factors responsible on both sides. 2021 West Bengal election prediction says much about the winning chances of BJP.

There are few members of the Trinamool Congress who are no longer in the favour of TMC and the desertion of these members (Suvendu Adhikary and Kukul Roy) will become one of the factors for BJP to win.

The current government of TMC drastically failed in their conducts like; Unemployment, Covid19, and Amphan. So, BJP has a great chance to win in the next CM Election in West Bengal.

The pet schemes launched by the Prime Minister Modi have played great role in developing the operational quality and better management.

Minority appeasement is one of the strongest reasons for BJP to stand strong the next elections.

Bhartiya Janata Party has planned go grab all the women voters and keep the votes of women in West Bengal away from Mamta Bangerjee in 2021 West Bengal elections and that is why the saffron party has planned to execute organizational activities at 23 booths.

As per the news sources the Mahila Morcha (Special Wing for Women) of BJP party will execute padyatras at different mandals & booths in the next two months. And Cycle Rallies & Morning Rallies will be organized by the Yuva Morcha (Youth Wing).

It has also been suggested to do induction of at least 4 women in mandal committee & all booths. BJP party has divided the state into 5 major organization zones; Kolkata, Midnapur, Nabadwip, North Bengal, and Rah Banga (South-Western Districts). These five zones will be led by the chosen 5 senior central leaders of the party named; Dushyant Gautam, Harish Dwivedi, Sunil Deodhar, Vinod Sonkar, and Vinod Tawde. The BJP party has said many a times that they will win the West Bengal Legislative Assembly Elections in 2021 after the win of Assembly Elections in Bihar. Both the parties are busy in preparing for the upcoming elections in Bengal since the Lok Sabha Elections in 2019.

BJP is Spending Crores of Rupees to Bring AIMIM

On the gone Tuesday, current CM Mamta Banerjee alleged BJP for spending crores of rupees to bring AIMIM and divide theHindu-Muslim votes in their favour for the upcoming elections in West Bengal.

The AIMIM Chief Asaduddin Owaisi in his speech while addressing the general public and media stated that “Muslims Aren’t Your Property”. He also said that in the Bihar Elections TMC insulted our voters. Owaisi teased Mamta Banerjee by saying that you don’t like Muslims with brain & logics as you have only dealt with the Muslim like Sadiqs & Mir Jaffers who are your obedient.

The overall snapshots& Predictions of the upcoming Legislative Elections in West Bengal 2021 clarify that it will be a dicey play for Mamta Banerjee’s Trinamool Congress this time. And there is a lot of room for BJP to enhance their chances to win this election with majority. Although, all the parties are engaged in executing the promotional strategies to gain the trust of general public. This election will have significant impact on the whole country.