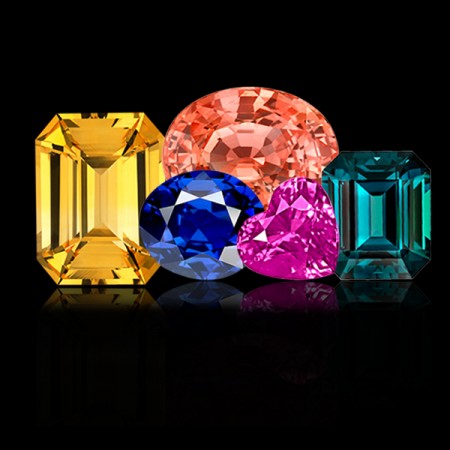 Since ancient times, gemstones have been a reason to tempt and amaze us, humans. Be it their admirable natural beauty or the incredible astrological benefits, people around the world have a huge praise and embracing for gemstones from always. Though, it’s not the same feel with everyone. There are some who find the world of gems a little boring, but the larger section of people finds this arena extremely fascinating.

In this modern era of digitalization, we hold numerous choices to buy gemstones online. However, do you know each and everything about gemstones? I don’t think so, even the veteran jewelers and industry experts do not discern everything.  These colorful sparkling crystals not just entice and make us cherished on wearing; they hold a lot more in and around them.

Let us go through some amazing facts, stories, and history that you might not know about gemstones, their name, origin, properties, and other dynamics. Below I am listing some absolutely amazing fun facts about the variety of gemstones we found on our planet.

Garnet gemstones hold an origin dated back to the ancient Egyptian period. The stone of lasting friendship, Bohemian garnets used to be extremely popular in the Victorian era. Garnets took their name from Pomegranates. It was named after the beautiful radiant rosy seeds of the pomegranate fruit.

Sapphires and Rubies belong to the same family group and hold almost the same chemical composition of Aluminium Oxide. However, Sapphires are not just found in blue and yellow, as commonly seen, instead, they are found in almost all the colors of a rainbow.

Emerald is one of the oldest known gemstones to humans. Though this Beryl family member holds a decent hardness of 7.5 to 8 at the Mohs scale, they are quite fragile to chipping and cracking and hence are treated with mild oiling.

The biggest diamond ever discovered on the earth is considered to be the 3,106-carat Cullinan diamond. Founded in South Africa in the year 1905, this huge piece of diamond was later yielded into two enormous high-quality stones of 530.4 and 317.4 carats each. Presently, both are studded in the crown of the British queen and are estimated to be of £600million worth.

The very famous Kohinoor or ‘Koh-i-Nur’ was originally originated from the Kollur mine of India. Today, this extremely beautiful Indian origin diamond, weighing 105.6 carats, is owned by Queen of England, Elizabeth II in her renowned crown.

The Uncle Sam Diamond, discovered in the United States of America, is believed to be another biggest diamond. Initially, when it was extracted in 1924, it weighed around 40.23 carats, but then it had to be cut twice in an emerald cut, and in its final form it now weighs 12 carats.

The hardness of a gemstone makes a big difference in its physical properties. The more hardness it owes on the Mohs scale, indicates the better resistance it holds against abrasions and scratches.

You can explore the whole wide world of gemstones at Navratan and check out the latest collection of truly precious gems at the most reasonable price.