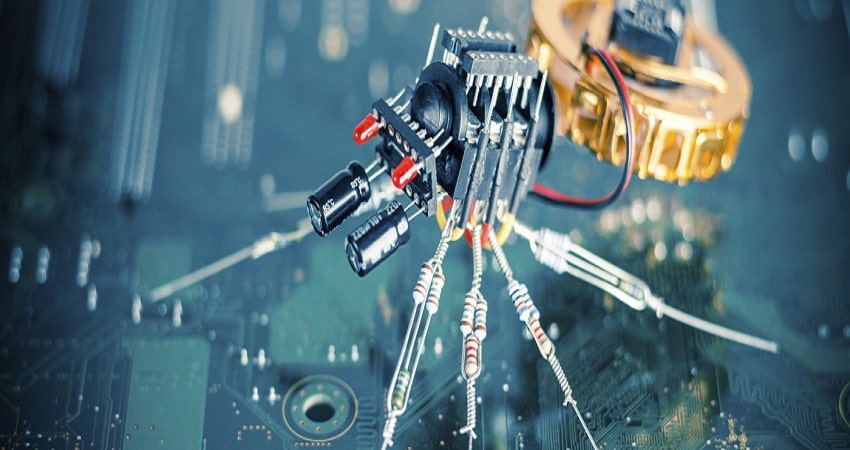 Nano Technology - The New Era of Change We humans have seen real extraordinary changes in our world since stone-age. And with the time passing there have been revolutionary changes in human beings as well. We changed our living style, wearing clothes, having cooked food, adding new technologies into our lives to get the ease of survival. Nano technology is the new era of change for all us. Our ancestors have experienced the greatness of technological changes in the past.

We humans have seen real extraordinary changes in our world since stone-age. And with the time passing there have been revolutionary changes in human beings as well. We changed our living style, wearing clothes, having cooked food, adding new technologies into our lives to get the ease of survival. Nano technology is the new era of change for all us. Our ancestors have experienced the greatness of technological changes in the past. And similarly our parents and we are witnessing the new revolution in our world. For some ages, Nano technology was just an assumption for us as we were not aware of the fact that these particles are the part of our lives. Nano atoms are measured in micro meters term. If we compare it with the physical distance, then 1 meter is 1000 times larger than 1 Nano molecule.

What is Nano Technology?

Nano mites are the small molecules and substances available in our environments. These are the micro particles which can’t be seen through nude eyes as our vision doesn’t allow us to zoom in to that level that we are capable enough to see the molecules in their shapes. But in our every walk of life we get the aid of these Nano mites. The perfect examples of these substances are cells, fiber, protein, vitamins which are essential for human body to survive.

It is being observed by the renowned scientific researchers that Nano technology has it’s relation with humans since the start of human life. And it hasit’s effect on us from the begin. But in the past history humans were not aware of It’s very existence. But in the period of (1918-1988) one American physicist named “Richard Feynman” was given all the credits for introducing this new extraordinary technology to the world. He said, these atoms and molecules can be used and reconstructed in an advantageous way to develop a whole new world.  And after a while in the year 1974, a Japanese engineering professor named Norio Taniguchi introduced this technology with the name “Nano Technology”.

After the research and development of different scientific methods and new medicines, different types of laser operations are now possible with the help of reformed use of Nano technology. Several medical equipments have been invented by the engineers with the help of Nano mites.

We see this world with our eyes from the upper prospective but at actual meter scaling we are more concerned about the medical diseases like AIDS and Infection in blood etc. If we somehow, enter the world of micro meter scaling and if we become smaller than our vision then we can experience the atoms and molecules physically and we can even shift them from one place to another and we can combine them to reshape these atoms. And by using these micro elements with other substances of the environment or with the artificial technology we can recreate tremendous technologies.

Where we can use Nano Technology?

Nano technology is used in every industry these days. We are using computers and mobile phones since ages and it’s Nano chip technology works smartly to provide you an extra-ordinary performance. Similarly, there are different robotic sciences where we can see the use of Nano technology. In coming future, we would be able to see marvelous changes in the technology as Nano technology will be used with Artificial Intelligence. And it will take the generations far ahead of their time.

Nano-mite technology is being used with machines and as a result scientist are successful to develop the micro machines. These micro machines are very powerful yet micro in size. These Nano-bots are being used by the doctors for the advance treatments of the different illnesses. With the help of artificial intelligence (AI) these micro machines will be able to do wonders for humans. These machines are obedient to the humans and can heal any serious disease.  And accordingly, these Nano mites can be reshaped and can be reused. These small atom machines are imparted in the human body through injections to the particular area of injury and because of it’s artificial intelligence it starts healing the infected area within minutes.

We consider Nano technology very useful and advantageous for the next generations. It can reshape the human lives and it can gift a new vision of possibilities to us. By the next two to three decades we will witness the vast changes in our overall growth and technological implementation.

Though, this new technology is very useful for us, yet it is harmful and dangerous for human life. The way we are created Nano bots and as we are directly implementing these technical tools in the medical sciences. If the pattern of these toolsfails which is actually possible as human made technology can fail easily then it will very risky for human lives because at the time of treatment we inject these small atoms made bots into the human body to heal the caused area. But as a failure it can also risk the life of the patient and it can spread the infections internally. We are also not sure that in future use of these Nano particles in a large volume can introduce a new kind of mechanical disease among humans.

Therefore, after studying all the pros and cons of the Nano technology we can say that it is a new era of change and it will transform our way of living and our use of technology. We will be able to visualize and practically implement anything or everything what we now feel is a mere imagination. These atoms and molecules exist in our environment in an invisible format to our human eyes. But with the help of microscopic equipment we can see them and then we can even reform them as per our requirements. We can develop a new world of technology comprehensively.

How do I add a second computer to my McAfee acc...

It is quite common for a single house to have more than one computer, and it is even more likely that your office has multiple devices that need to be protected.

As per recent learning resources, new technologies that are going to be released in 2020 holds a value of making notable marks in the history of technology.

The latest Nanotechnology installed in our refrigerators, which enhances the performance, making it the most trusted and long-lasting meal, preserving solutions for the consumer.

Samsung refrigerator is the latest technology based SXS Two Door non-frost, including this Merchandise using a maximum storage capacity of 600 liters. This is a mega-size this Product of fridge capable of keeping well...

Hitachi refrigerator During summer, a refrigerator is a vital need. In swelter summer, not only storage food for an extended time but also cold water, soft drinks, ice cubes also become essential for alleviation.

This buying guide, we'll provide you all of the info you want to find the Refrigerator, which most works your space, taste, lifestyle, and budget.