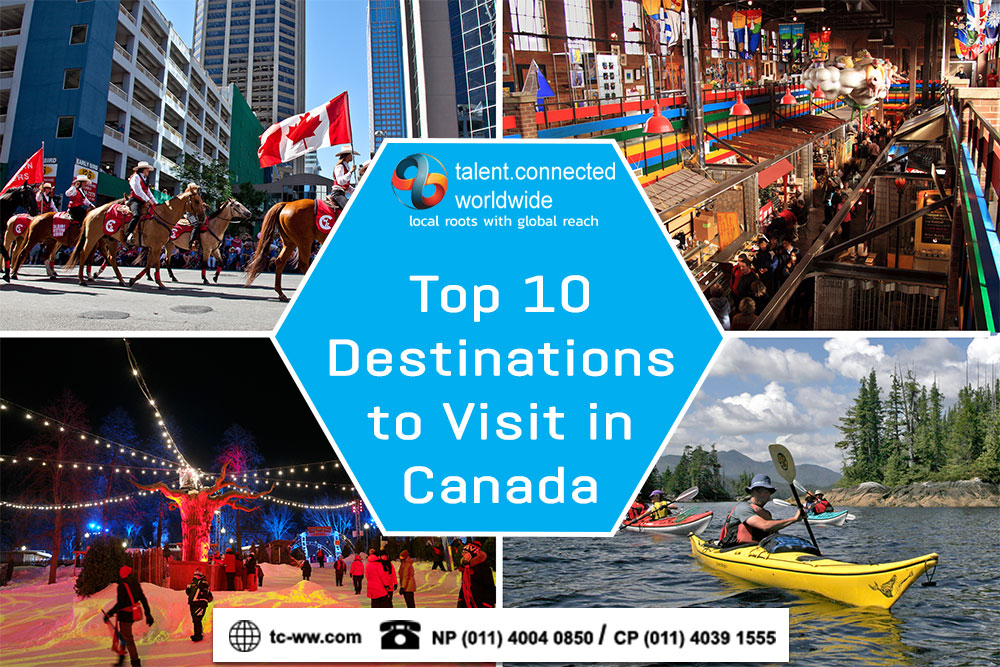 Canada is a country filled with fascinating places and wonderful adventures. There are numerous destinations in the maple leaf country, where narrowing your choice of destination – can be a daunting task. Here, in this write-up, we will be going through the Top 10 destinations, every traveler determines to explore in the great white north. Get in touch with immigration consultants to know more about the travel visa requirements.

Seeking to travel to Canada? Get in touch with ICCRC  registered immigration experts to know how to.