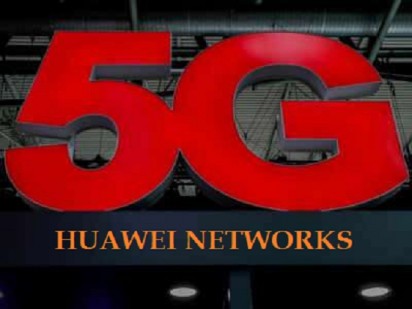 In the meeting all the major players in the telecommunication industry from the world were invited. And it was then cleared by the officials on the participation of Chinese company Huawei in the trials of 5G networks.

The Chinese network provider company Huawei is in the international news these days as US has banned the very company from the major business trading in United States. And same was asked to be done from the countries of all over the world by the US. But as a matter of innovation and technological development India has allowed the company (Huawei) to be an active participant in the trails of 5G testing.

Huawei is a China based network provider company owned and founded by Ren Zhengfei in the year 1987. The company headquartered in Shenzhen, China and does business worldwide with the total revenue of more than 120 Billion US Dollars. Huawei Private Limited deals in mobile networking equipment, telecom equipment, mobile handsets with the brand name Huawei Honor famous in the global mobile market and consumer electronic goods.

Company serves in the global market to it’s billions of customers with the employee strength of One Lakh and Ninety-Four Thousand. In the year 1999 for the first time Huawei entered in India and started it’s own research and development centre in Bangalore city to produce numbers of telecom based software. Gradually company got chance to work with many different countries in the world. And it became a giant player in the networking industry.

Why Huawei Company Was Banned by United States?

Huawei company recently got banned by the US Government due to it’s unethical penetration in the Google’s applications and services internally. Huawei Mate 30 and Huawei Mate 30 Pro had unauthorised access to the services and apps of Google company but later when Google identified this trouble it immediately banned the services provider company of China for all the services and resources.

Under the Administration control of Mr. Trump in US, Huawei was restricted for the limited business transaction with US and same was later enforced in the world. United States of America asked to all other country which are under trust circle to limit the trades with the company with the immediate effect.

Chip Designer ARM which is based in UK has discontinued all the business links with Huawei. Not only this but Google has blocked the company from all the future Android updates. Which back-kicked the company with huge loss in the Android market.

However, in the month of may it was declared by the Trump Govt. that ban on the company may be removed soon and company of US will be allowed to have business with Huawei. Later in the month of July, some US companies were allowed to do business with the company. Although US had banned 46 affiliates of Huawei later and company’s dream to re-continue the previous agreements got drained.

The trail is set and declared to be started from January 2020 itself, Earlier, it was scheduled many times in the last year but because of the little challenge, decision kept pending. It got delayed due to budgetary constraints and because of the total duration of the process to be taken. It was declared by the telecom minister Ravi Shankar Prasad to the media that makers of network equipment from all over the world are invited and will participate in the trails of 5G network testing, although, date was not declared.

In India worldwide equipment vendors are invited from China Huawei and ZTE, European companies Nokia & Ericsson and Samsung from South Korea will take part. However, Bharti Airtel has got the permission to execute trials for 5G networks with Nokia, whereas, Vodafone-Idea has joined hands with Ericsson and Huawei. And on the other hand, Reliance has declared the pilot testing process with Samsung.

This is for the first time when India sees itself stuck between technological growth and diplomatic politics at the same time. US is continuously pressuring India and other countries of the world to discontinue the alliance with Huawei company of China because of the security reasons. US President Trump has asked from it’s reliance countries to stop the business transaction with the company in the future. But even then, India has allowed the Chinese company to participate in the 5G testing process.

Countries like Japan, Taiwan, Australia and New-Zealand have already kept Huawei out of their 5G network deployments. Whereas there are some countries which have given green signal to the company like, South Korea, Netherland, Russia, France including India. Although, India had held it’s decision pending on this matter for some time.

The 5G network deployment process will mark some historical events if resulted successful in the coming months. Some telecom manufacturing firms are planning to invest and enter into the Indian mobile market with 5G supported mobile phones soon.

Although, the output of India’s decision on allowing the Chinese company to participate in the 5G testing process is uncertain as US is still pressuring India to keep Huawei out of this deployment event and for the future businesses as well.

On the other hand, Huawei company is trying to rebuilt it’s image in the eyes of it’s existing market though, company is giant and has it’s clients and business relations in the global market already with the strong footmarks.