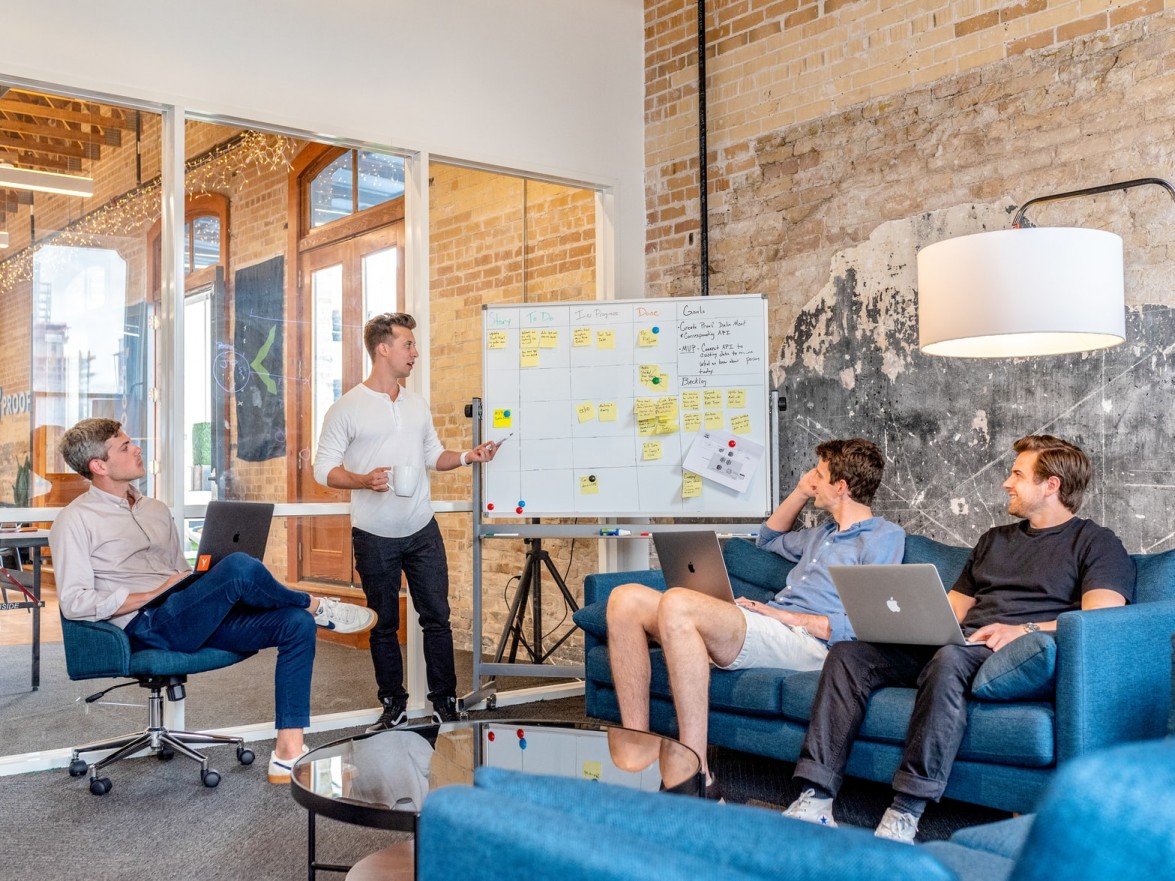 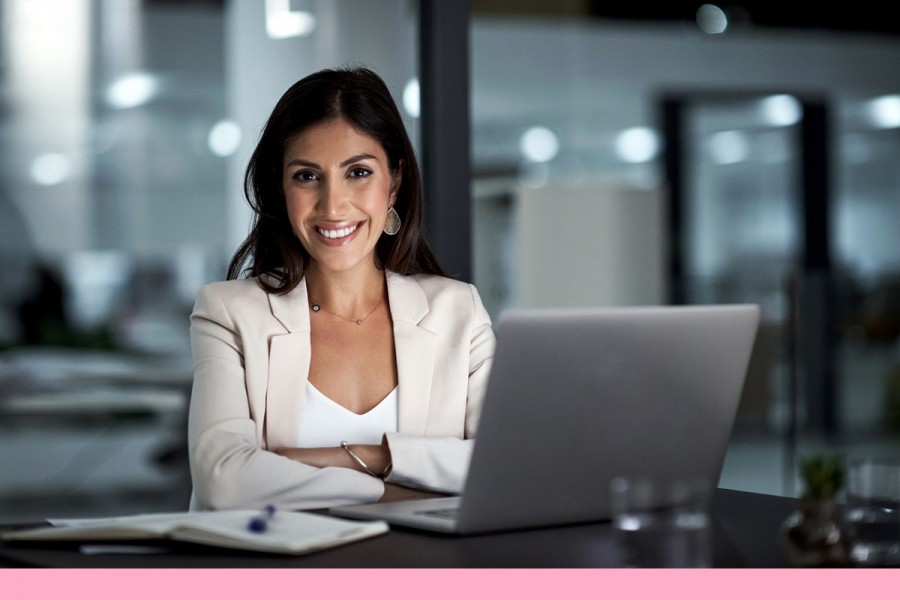 Teachers are running a side business where they sell baked goods, engineers are running cafes and hotels. The possibilities are endless, its amazing how we all can turn or passions and hobbies into a successful business.

This newly found interest towards entrepreneurship has forced many people to give it a try and that includes young adults too. Where some have failed in this feat many have succeeded and reached to the top. Today in focus are the top 5 young entrepreneurs who have taken the bull by the horns and impressed us by their businesses. We have asked our trusted dissertation writer to highlight all the lessons and inspirations we can take from these young but capable minds.

Ritesh is a 26-year-old CEO. Sounds impressive? There’s more. In 2013 at the age of 18 years, Ritesh came up with a mind-blowing idea. As Ritesh was himself a traveller, he understood all the problems travellers face and that includes affordable housing. Using his experience of not being able to find a decent place to stay while travelling he came up with the idea of OYO Rooms. OYO Rooms is an affordable chain of bed and breakfast. Before this, such a concept was unheard of. He started with 11 rooms which have now swelled up to 65000 rooms. This story has received a lot of fame and many people have complimented the wit and talent of Ritesh.

Ritesh’s story is a true example of how you should change your problems to a solution. Your problems are not just your problems, there can be many people going through the same thing. Everything is worth a try!

This young mind wanted to change the mind of his community and worked hard to change old ways. Daroath Phav is the reason why most of Cambodia now has toilets. When Phav began his journey in 2010, 75% of Cambodia did not have access to toilets, they would defecate out in the open. When the world is progressing as fast as it is, it is important to progress with it. Phav joined WaterSHED with the hopes to persuade people to get themselves functioning toilets. Phav explained in great detail why getting a toilet is important and how it can only do you good.

After a great deal of convincing, there was a problem that hindered Phav’s mission. This was the availability of the much-needed toilets. Phav decided instead of taking people to the toilet shops, why don’t he bring the suppliers to them. This when he started supplying toilets and making life a lot better in Cambodia. There are many lessons that you can latch on to from this story, however, the most prominent is hard work. If you are willing to work hard to generate the success you won’t let adversities stand in your way. You will try to figure out ways which will help accomplish your goals.

We all know that there is a hunger problem all over the world, especially in third world countries. Hailing from a third world country himself, Ankit saw great injustice. He saw that there were several parties where food was going to waste. Perfectly good food was ending up in the bin while thousands slept on empty stomachs. Ankit could not stomach this injustice and decided that something needs to be done. Kawatra then came up with the idea ‘Feeding India’. He already had a well paying corporate job and had absolutely no motive to start a business other than helping mankind.

Feeding India runs on the concept where volunteers collect leftover food from big events such as weddings, dinner parties and even restaurants. Once the food has been collected it would get distributed in areas where the poverty rates are highest. The first thing that Ankit started with was creating an awareness of the injustice. He tried to get as much manpower as possible to collect food from various areas and then distributing it. At the moment, Feeding India has around 7000 volunteers working day in and day out, collecting and distributing food in over 50 cities. Many people raised questions that whether the distributed food had good quality. To ensure quality, Ankhit’s tries out the food themselves first before distributing it to poverty-stricken people.

The transport of the collected food is done in refrigerated vans so that the food doesn’t go bad on the route. Ankit’s story is truly inspirational, we mostly never realize all the food that we are wasting. Instead of wasting something, it is a hundred times better to donate it to the needy. Like Ankit, we should be vigilant of our surroundings and keep an eye out for such opportunities. True happiness is in the happiness of others.

Refugees from worn-torn areas suffer a lot. They suffer when they are barely able to survive in the war zone and then suffer when they make out of it alive but have to face new challenges. Nirary was himself a refugee from Syria and had fled to Australia. Upon reaching Australia, Nirary faced a very hard time looking for a job. Despite having a solid education and years’ worth of job experience, no one wanted to hire him. That’s when he took the matters into his own hands and decided that other refugees will not suffer the same problems he did.

He along with Anna Robinson co-founded an organization called ‘Refugee Talent’ This organization helps refugees get a better shot at getting a job. They do this by analyzing their resume for them and helping them prepare for interviews. They all that it takes to get you that job, including helping you improve your language skills. The organization goes to great lengths such as organizing events where employers and refugee job applicants can mingle and hopefully connect. It is because of Dacho that many immigrants and refugees are able to work and earn a living for themselves. Dacho has helped remove the taboo of hiring refugee workers and this has caused people to see refugees in a new light entirely.  From his story, we learn to never give up and help out your community, because if you won’t then who will?

Started working at the tender age of 9, Cameron was the card designer for his parents’ parties. At first, it was all for fun but nobody knew that it would turn into a full-blown business. He started a company called ‘Cheers and Tears’. The name itself is very creative, imagine how those cards must have turned out. Next, he invested in a bunch of dolls and sold them online for 10 times the actual price, all at age 12. He kept working in the same way and began multiple businesses which meant high revenues!  Talk about impressive!

Our dissertation writing services hopes that you enjoyed learning about such masterminds and are itching to start something of your own. Go ahead! Don’t let anything stop you.

Communication Skills And Its Importance At Work The basic need of life after food, money and shelter is to have interaction with people i.e. communication. Communication can be both formal and informal depending upon...

Time management alone can be the source of so many headaches. There is just so many stuff you can do with the limited amount of time that you have.

614
Why Polytechnic In Mine Surveying A Good Career...

Whenever a child in the country is asked about what does he/she wishes to do; Answer is very common- Engineering, Medical or Commerce. Fact check: The majority of them don’t know what they like. With a dramatic incr...

While it’s possible to install a garage door yourself, the new doors are heavy, hard to hang, and it may void your warranty. Hiring an experienced garage door installer only costs about $280 for labor.

525
How To Change Your MindSet regarding your career

Change of your mind-set can help your career Our mindset and mentality act as one of the biggest influencers to our personalities and to what we aspire to do in our careers. Therefore, it is very much essential for u...