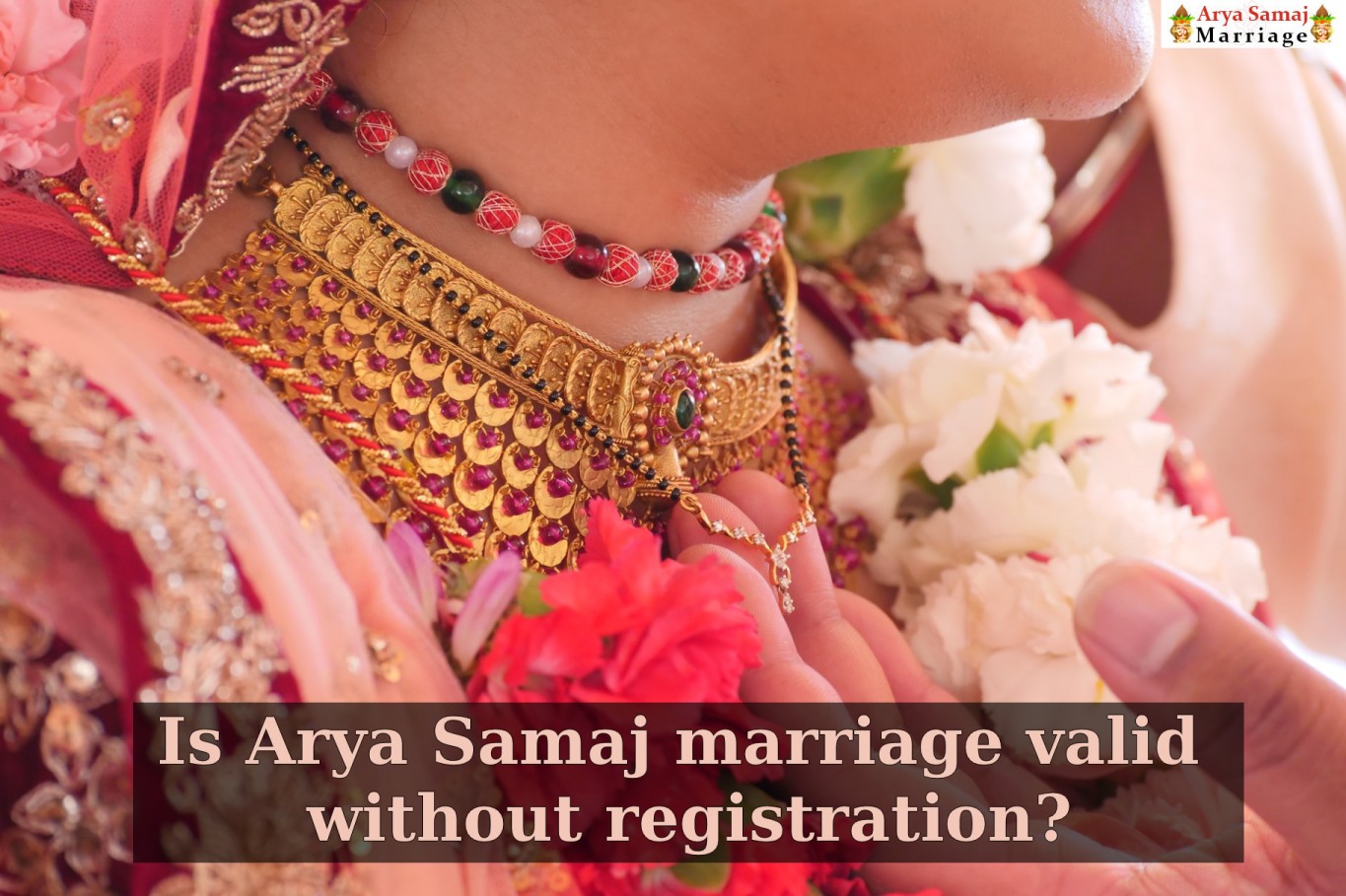 A piece of short information on Is Arya Samaj marriage valid without registration. Arya Samaj Marriage Registration is not required and the certificate given by Arya samaj mandir. It's a valid proof of marriage for newly wedded couples.

Arya Samaj temple is a great place to perform marriages without additional costs. Arya Samaj marriages are very simple to execute, and there are very straightforward rituals of the marriage. It is a choice for a couple who doesn’t want an extravagant marriage function and all.

In this article, we will look at what you need to get married in Arya Samaj temple and its registration process.

You must be eligible to get the marriage done in Arya Samaj temple, here is the list of eligibility.

You would need to produce certain documents to get married in Arya Samaj mandir. Here is the list of the documents needed for the Arya Samaj marriage.

The procedure of Marriage in Arya Samaj Temple

First, you need to contact the Arya Samaj temple and book a date for the marriage. If the date is not available, then you will have to shift the marriage to a different date. Once, you’ve agreed to the date, purchase the items as per the requirements of the marriage and show up in the temple on the date.

Now, it will take around 2-4 hours for the completion of the marriage, and it is pretty straightforward.

Now, coming to the marriage registration for Arya Samaj wedding.

Well, to answer the question, Yes, Arya Samaj weddings are valid in India without registration. That is because Arya Samaj Marriages are recognized by the Indian constitution and comes under the Hindu Marriage Act.

Also, Arya Samaj temple provides a marriage certificate to the couple, which is valid all over the country. But if you want your marriage to be valid abroad, you would need to register the marriage under the Hindu Marriage Act in India.

So, you need to go and see a Marriage Registrar and then file for the registration process. And you would need the marriage certificate provided by Arya Samaj temple as proof to get the marriage registered there.

Whether you’re married or just in a long-term relationship, there will be times where you start to take your partner for granted, or perhaps you feel like they are doing that to you.

478
Hiring a Party Planning Company is a Lifesaving...

In order to make your party the most memorable and perfect event of your life, it is highly recommended that you take the assistance of a party planning company.

Bis Matrimony, the most trusted Kerala Marriage Site with 20k brides and grooms from Kerala Matrimony & Malayalis Matrimony in Kerala. Join for free

420
Ways to Make the Wedding Guests Feel Like VIPs

No one can deny the fact that the wedding day is all about you and your partner and the love you share. If there are a perfect bride and a handsome groom, you are almost close to your dream wedding.

414
Why Are Matrimonial Websites Trendy Nowadays?

Get Rishta.com is one of the best Pakistani matrimonial website and from user’s experience, it is said that for getting hitched Online Matrimonial locales like Get Rishta.com