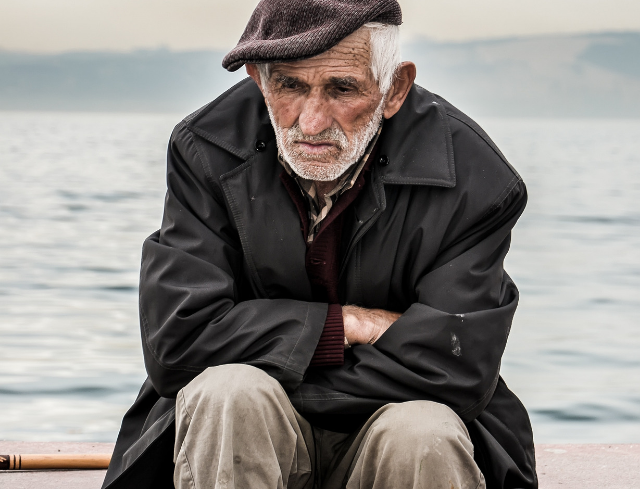 Many people suffer from loneliness. But it is not a disease. Loneliness can be removed by following certain things.

Someone is alone in the crowd of thousands of people. Someone is alone staying in the far. Again, despite having many things, someone is alone. At the end of the day, actually, we are all alone. So, the question arises, why is this loneliness?

Many experts believe that loneliness does not mean to become alone. Rather, it is such a perception of the mind that separates our minds from all outside communication. For example, you may feel lonely in the office with many others. Also, you are feeling lonely beside your parents, siblings or loved ones. Your mind may want something or want to be alone. Sometimes you get frustrated thinking that you can't really find what your mind wants.

The disturbance created by the turmoil between our ideal and perceived social relationships is loneliness. Many sociologists think that following certain social norms is the origin of loneliness. Again, some psychologists believe that failure to establish a personal relationship, the inability to express one's own feelings, and subordinate by social processes create loneliness.

Another theory states that when people are unable to form and maintain social relationships, the social skills deficit and personality traits are mixed, they feel lonely. Then comes the feeling of loneliness. International sexual pathologist, author, and teacher Robert S. Wisser described loneliness as a contributing factor to the lack of social relationships, the upbringing, and the feeling of loneliness.

Whatever the definition, why do people suffer from loneliness? There are many types of causes for loneliness. Specific reasons are outlined.

Such people suffer from loneliness from an early age. They are different from the noise of thousands, and from the thousands of pleasures. They love being alone. They love to get sadness.

Such people are antisocial. There is always fear, shame, disgrace and a feeling of contraction among them. They deprive themselves of social relations, hospitality, happiness, and rights. Overweight, lack of physical beauty, financial incompetence, lack of confidence and poor morale are considered as one of the factors.

Such loneliness is noticeable among the intellectuals and most individuals driven by the ego. Their thinking is different and their personality does not match many. So in many cases, they suffer from such loneliness.

Many people call it a mental illness. They feel comfortable being alone. They think of themselves alone. They suffer from one type of emotional agony and a little uncertainty. As a result, they cannot share anything with anyone.

They are very different. They think like the monk. Believing in the philosophy of "I have come alone, I will go alone, there is no one else on earth", they do not get themselves involved in anything. They want to enjoy life alone. So many of them suffer from loneliness.

In addition to these, there are other reasons for loneliness. Such as:

• When parents do not understand the child or when the child disobeys parents, both sides suffer in solitude.

• The new situation and environment lead to loneliness.

Doctor Sanjay Gupta wrote in a very column for O Magazine in reference to a 2003 study:

“In a noteworthy study LED by Dr. Naomi Eisenberger, a professor of social psychology at UCLA within the United States, it had been found that being excluded and having feelings of loneliness triggered activity in a number of identical regions of the brain that register physical pain.

“From an organic process perspective, this makes sense; our prehistoric ancestors relied on social teams not solely to possess company however to survive. Staying close to the tribe brought access to housing, food, and protection. The separation of the group, on the opposite hand, meant danger.

“Today when we feel excluded, our bodies could feel a threat to survival, and a few identical pain signals that will be used if we tend to were in real physical danger come back on. Within the inveterately lonely, the degree of the strain endocrine, cortisol, skyrocket additional within the morning compared to the additionally connected folks and ne'er disappear utterly in the dead of night. ”

It will forestall you from having a decent night's sleep

People who feel alone tend to expertise additional sleep disruptions in the dead of night than people who don't feel that manner, it had been found in a very 2011 study.

The researchers found that the link between sleep interruptions and loneliness persisted even once the civil standing and family size were taken under consideration, suggesting that loneliness depends on however folks understand their social state of affairs instead of true.

The ninety-five study participants had robust social connections and were a part of an awfully shut rural community in the American state, us. However, the researchers found that even tiny variations in their degrees of loneliness were mirrored in their sleep.

It will increase your risk of dementia

In a 2012 study of nearly 2,200 older adults living in the capital of The Netherlands, European countries, researchers found that participants United Nations agency reportable feeling alone; no matter the number of friends and family around them, they were additional doubtless to expertise insanity than people who lived alone.

The study participants were between sixty-five and eighty-six years previous, showed no signs of insanity and failed to sleep in institutions like asylums. Some half lived alone, and 20% reportable feeling lonely. Almost common fractions were girls.

After adjusting for factors like age, the researchers found that feeling alone inflated the danger of dementia by 64%.

But, they warned, this doesn't prove that loneliness causes insanity and discovered that the other may even be true as a result of insanity and its related to mood changes may contribute to a number of the social isolation of loneliness.

May contribute to premature death

In two different 2012 studies, it had been found that living alone, or just feeling lonely will increase an individual's risk of premature death.

In one study, almost 45,000 people forty-five years archaic or older who had heart disease or had a high risk of getting it had been analyzed. People who lived alone, were found within the study, were additional doubtless to die from heart attacks, strokes and different complications over an amount of four years compared to those living with family or friends or in another community arrangement.

A second study centered on those sixty years of age and older and men and ladies were found to be 43% additional doubtless to die throughout the study period (six years) if they reportable feeling lonely, isolated or excluded. However, people who reportable loneliness; 43 % of the study population failed to essentially live alone. The researchers aforesaid the link between feelings of loneliness and health issues remained even once true of life, depression and other factors were taken under consideration.

It will break your heart (literally)

People who report being inveterately lonely could have overexpression of genes connected to cells that manufacture an inflammatory response to tissue harm, in step with a 2011 study of ninety-three adults.

Although that inflammatory response could also be sensible within the short term, semi-permanent inflammation will cause heart disease and cancer.

The study found solely a correlation between gene expression and loneliness, thus it's not sure that one will cause the opposite. However, study co-author Steven Cole urged that medication medications could also be helpful for folks that cannot get rid of feelings of loneliness.

So What Can Be Done to Combat Loneliness

In addition to self-effort to overcome loneliness, family and friends should also come forward. Loneliness is not a mental disorder. However, when it reaches its climax, people suffer severe mental distress. So some simple approaches can be taken to eliminate loneliness. For example:

• Get together with friends. Keep yourself busy with studies, jobs, daily activities. Do physical exercise regularly.

• Increase social interaction. Do social work. Go ahead with the work of humanity. It brings a kind of peace and joy to the mind.

• If it’s possible, talk to your family members and discuss your problem.

• At leisure do something creative, listen to music, play any instrument of music, go to watch movies, read books

8754
Solution for The Rising Demand of all Power Mob...

7659
7 Health Priorities Everyone Should Do to Achie...

Tadalista 20 MG (Generic Cialis) is a PDE5 Inhibitor which helps to treat erectile dysfunction in men. Tadalista 20 is manufactured by Fortune Health Care. Tadalista is a jerk of Cialis of the highest quality. Tadalis...