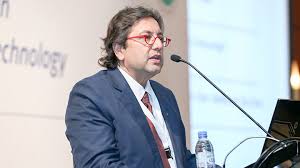 Dr. Gautam Allahbadia Mumbai is a leading name in the field of ultrasound guided embryo transfers and third party reproduction in south-East Asia. Apart from his expertise in the above mentioned fields, he has got 125 peer-reviewed publications under his name and is currently serving in the Editorial Board of a number of International journals.

During his illustrious career, Dr. Gautam Allahbadia has been active in developing new fertility-enhancing procedures and publicizing the use of ultrasound during embryo transfer procedures.

Moreover, a number of women who were not being able to conceive earlier due to premature ovarian failure issues, have now been able to achieve pregnancies with the development of a highly successful egg donation program at Indo Nippon IVF.

At Indo-Nippon IVF, all the couples with infertility issues can choose from a number of reproductive options starting from in vitro fertilization (IVF), intracytoplasmic sperm injection (ICSI), donor egg IVF, ovulation induction and intrauterine insemination (IUI), till being a part of one of the most successful gestational surrogacy programs in the country. Our IVF center offers a complete range of state-of-the-art medical and surgical treatments in reproductive endocrinology and gynecology along with advanced laparoscopic surgery, tubal reconstruction, and minimally Invasive USG-guided therapeutic procedures.

Dr. Gautam Allahbadia along with his team of world class professionals in reproductive endocrinologists, embryologists, anthologists and infertility specialists have helped and supported hundreds of couples to conceive through assisted reproduction.

During his career full of achievements Dr. Gautam Allahbadia has also authored over 125 scientific papers, 114 book chapters and 18 textbooks, with his latest creation being a comprehensive text, entitled “Minimal Stimulation IVF”.

Dr. Gautam Allahbadia has earlier served as a Lecturer at the Lokmanya Tilak Municipal Medical College after which he went ahead with his practice at the University of Mumbai affiliated Bombay Hospital Institute of Medical Sciences before coming full time into private practice.

He has also received 25 prizes & fellowships in the same field amongst which the Canadian Young Scientist Fellowship Award for the year 1994, which also got him an internship in Infertility at the University of British Columbia, Vancouver and the National prize Dr. Kumud Tamaskar award for original research work in infertility in the year 1991 were the main Highlights.

Dr. Gautam Allahbadia has also received six research grants from the International College of Surgeons and the Medical Research Centre of Bombay Hospital Trust. He has also been a part of over 200 Congresses, Workshops and Scientific Meetings as a guest speaker or faculty member.

He has also been awarded with the prestigious Deutscher Akademischer Austauschdienst fellowship in the year 1996 to get trained in assisted reproductive techniques in Germany.

He has also gone through with the training in IVF/ICSI at the University of Gottingen, Bielefeld IVF center & the University of Munich and went on to bag the famous AOFOG-Young Gynecologist Award for the year 1998.

His big list of Achievements kept on going as he bagged the most prestigious FOGSI-CORION National Research award for best original research work in Infertility at the 42nd All India Obstetric & Gynecological Congress held at Hyderabad in December 1998.

Dr. Gautam Allahbadia has lately been appointed as the vice president of the World association of reproductive medicine (WARM) which got its headquarters in Rome, Italy and was the scientific chairman of the 2nd World congress of WARM, held in Rome in May 2004.

He further went on to organize several International congresses in the subject and recently got nominated as “Mumbai’s Top Doc” for 2012 by a peer nomination process.

Treatment Options for Neuropathic Pain
63546
How is the CPAP Machine the Perfect Option for Better Sleep?
20700
11 Ways for Maintaining Good Dental Health and Oral Hygienist
19365
7 Health Priorities Everyone Should Do to Achieve a Perfect Balance of Wellbeing
8660
Solution for The Rising Demand of all Power Mobility Device Prior Authorization
8208
HOMOEOPATHY
7751
New Step By Step Map For provigil
7557
Physical Therapy for Hip Pain
4231
How cenforce 100mg tablets incase the intimacy power in male?
4178
Best Treatment of Skin Fungal Infection - Symptoms, Causes and Treatments
3879
Is Men’s Valentine’s Day for real?
3282
Buy Tadalista 20 Online | GenMedicare Best online Drugstore
3232