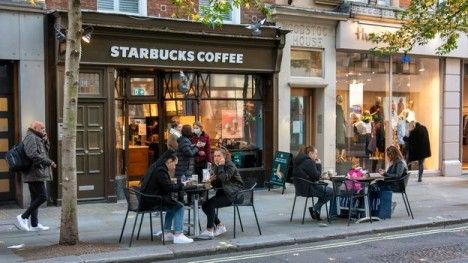 Today, it seems like every British town has an international coffee chain and Instagram-friendly espresso bars are popping up faster than you can say “third-wave coffee”.

This story is adapted from the In Our Time radio programme episode Coffee, produced by Simon Tillotson. Listen to more episodes of In Our Time from BBC Radio 4 here.

Passers-by would be forgiven to miss the Pasqua Rosee plaque, tucked in an alley off the City of London’s historical Cornhill ward.

But if you walk past the cobbled streets of Leadenhall Market up to Cornhill and head into the alley behind the bank-turned-pub The Crosse Keys, you might spot a small framed sign heralding the arrival of a drink that forever changed Britain. 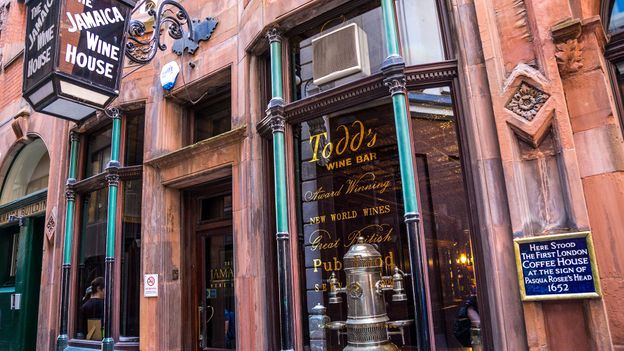 It's easy to miss the small sign marking the arrival of a drink that forever changed England (Credit: Nathaniel Noir/Alamy)

“Here stood the first London coffeehouse at the sign of Pasqua Rosee’s head, 1652,” it reads. The commemorative ceramic tablet lies just outside the walls of the Victorian Jamaica Wine House in the heart of the labyrinthine St Michael’s Alley.

Pasqua Rosee was an Armenian-born servant of a British merchant named Daniel Edwards employed by the Levant Company, which once monopolised England’s trade with the Ottoman Empire. In 1652, Rosee opened a coffee-serving stall in St Michael’s churchyard to entertain Edwards’ guests. Edwards had grown weary of hosting guests in his home, and so Rosee’s shed, conveniently located near the Royal Exchange centre of commerce, became the go-to hub where London’s merchants congregated each day. Within a year or two, Rosee had earned enough revenue from selling his energy-inducing drink to upgrade from a stall to a store across the alley.

Coffee’s long journey to London started hundreds years earlier in the hills of north-east Africa. According to Jeanette M Fregulia’s book, A Rich and Tantalizing Brew: A History of How Coffee Connected the World, in the 9th Century, an Ethiopian goatherder named Kaldi noticed his animals became particularly frolicsome once they’d nibbled on a certain berry bush, so he decided to try it himself. Once Kaldi tasted the plant, legend has it “poetry and song spilled out of him.” 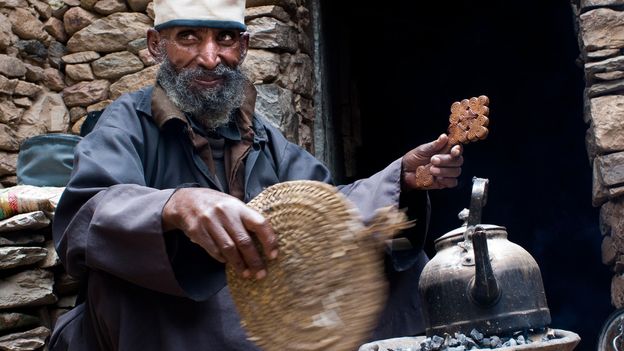 Coffee is believed to have spread from Ethiopia, where it helped religious devotees pray long into the night (Credit: Sergi Reboredo/Alamy)

According to Judith Hawley, professor of 18th-Century literature at Royal Holloway, University of London, other variants of the tale describe an imam or monk coming across Kaldi after he’d eaten the berries, and noticing the plant’s stimulating effects. After sampling the berries himself, the religious man stayed up and prayed long into the night. Soon, coffee began to spread as a way for religious devotees to remain alert and worship until the early hours of the morning.

“This was particularly important for Sufism, the very mystic strand of Islam… coffee is what made the dervishes whirl,” Hawley explained.

By the 16th Century, coffee had reached Constantinople and became a staple in the Ottoman Empire’s culture of hospitality, where the earliest coffeehouses developed as a space for men to meet and relax in the afternoons. One of the earliest non-alcoholic sociable drinks in the Ottoman Empire, coffee was served wherever men negotiated and traded, and the practice of consuming it communally gradually spread west. Decades later, when coffee first arrived in Eastern Europe, Italy and later in England, it was used as a medicinal ailment for a range of maladies, from gout to kidney stones, said Jonathan Morris, a modern history professor at the University of Hertfordshire. 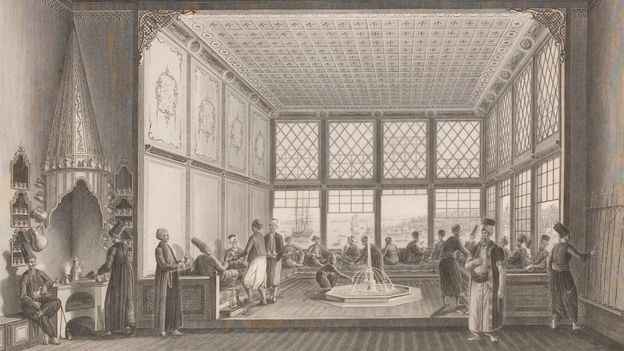 Coffeehouses were a staple in the Ottoman Empire, where they developed as spaces for men to meet, relax and trade (Credit: Historic Collection/Alamy)

According to Morris, the coffee initially consumed in England in the 17th Century was likely akin to modern-day Turkish coffee, albeit using stale coffee grounds given the long journey from the plant’s production hubs in Mocha, modern-day Yemen. Despite the bitter taste, early British drinkers widely praised coffee’s reviving effect, with one account reported in Morris’ book, Coffee: A Global History, describing it as “a Turkish-kind of drink… somewhat hot and unpleasant [but with] a good after relish”.

Rosee’s business experienced quick success, in part because it was situated in the city’s budding commercial and financial centre. Morris’ book explains how neighbouring tavern-keepers claimed Rosee was stealing their business, as merchants gathered to sip the stimulating drink under the awning of his stall, and later, inside his wood-panelled store.

London’s coffee-drinking culture soon spread beyond St Michael’s Alley, as coffeehouses replaced taverns as spaces for businessmen to socialise. By 1663, less than a decade after Pasqua Rosee’s stall first opened, there were 83 coffeehouses in London. These early coffeehouses had an almost exclusively male clientele. 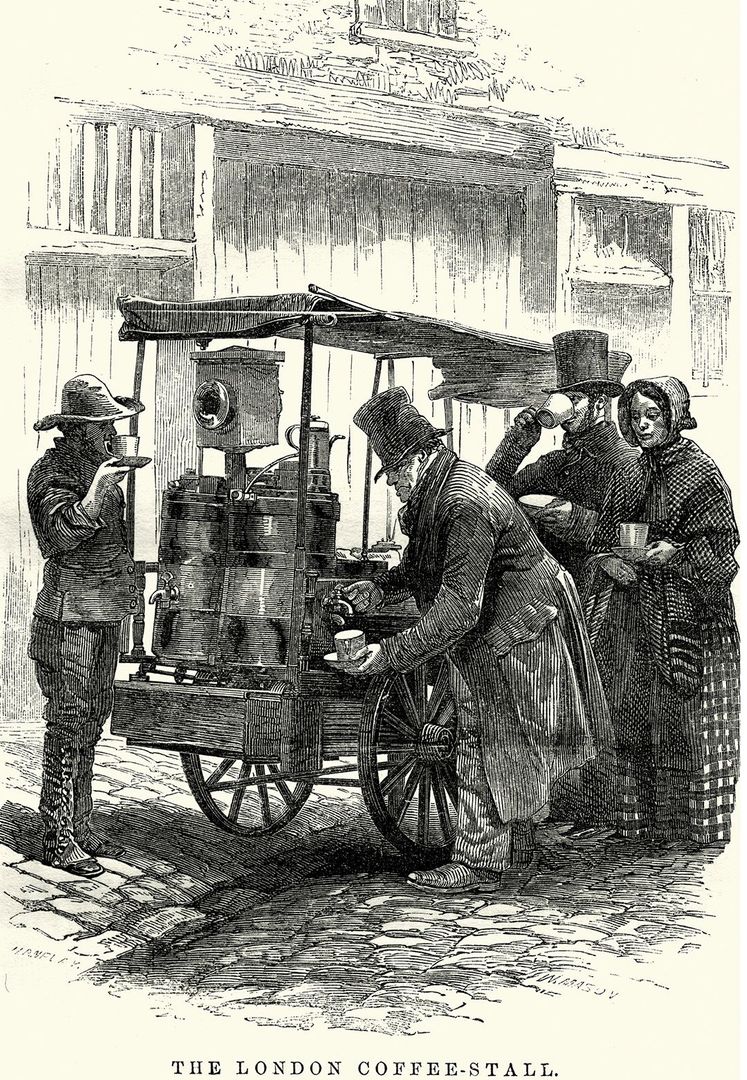 The first coffee sold in London was from stalls, which eventually transformed into indoor cafes (Credit: duncan 1890/Getty Images)

“I think [this emerged from] a desire for men to talk business – whether their business was law or trade or the new science,” said Hawley. “Coffeehouses provided a number of things that taverns didn't.”

In a uniquely egalitarian model of sociability, men gathered around a long table at most coffeehouses to talk business, but also to discuss news, politics and ideas. The explosion of coffeehouses across London coincided with the build-up to the early Enlightenment period, and coffeehouses played a key role in that.

“That mixture of news reading, discussion, sharing of ideas [was] absolutely crucial to the rapid spread of the coffeehouse during a period of rapid rise of knowledge,” Hawley explained. It was also the birthplace of periodical literature in England, whereby Hawley said “the coffeehouse was put on paper” in the form of essays. The periodicals Tatler and The Spectator were founded in 1709 and 1711, respectively, through collecting stories from the coffeeshops, which further forged them as the foremost place to learn the latest news. 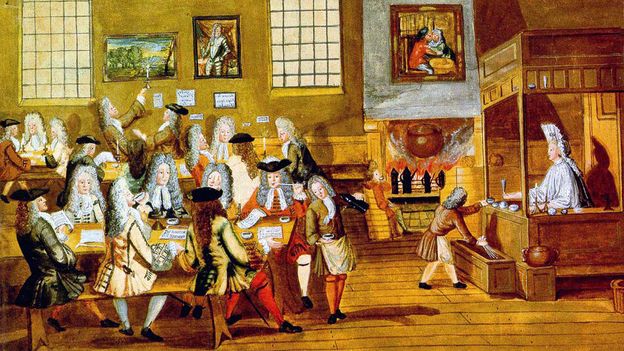 However, some thought this open sharing of news and political ideas was a threat to the monarchy. In 1675, King Charles II’s ministers attempted to suppress and close down coffeehouses on the grounds of their “evil and dangerous effects”. The king feared that coffee may provoke instigation or the plotting of violence against the throne and ordered the “close of coffee-houses altogether”, although he later withdrew the ban two days before it was to be put into effect, Brian Cowan writes in The Social Life of Coffee: The Emergence of the British Coffeehouse.

Beyond London, coffeehouses proliferated in port cities like Bristol, York and Norwich, where a burgeoning culture of reading and writing within coffeehouses flourished. According to Cowan, coffeehouses became an essential part of the mise-en-scène for understanding the post-Restoration “urban renaissance” in England, as public debate pivotally influenced the development of modern democratic culture and civility. Coffeehouse patrons honed their politeness, as it was believed that gentlemanly conduct facilitated the capacity for the scientific argument. This “bourgeois revolution,” Cowan explained, coincided with a “commercial revolution” and uptick in overseas trade.

However, in addition to coffee’s perceived political threat, it was also believed to be a threat to British masculinity, as some thought coffeehouses made men more effeminate. “They gossiped like women and then when they came home… [were] no good for anything… coffee houses made men impotent,” explained Hawley of the prevailing perception at the time. According to Cowan, some critics even argued that coffeehouses condoned feminine mannerisms among men – a sentiment that lingered for decades to come. 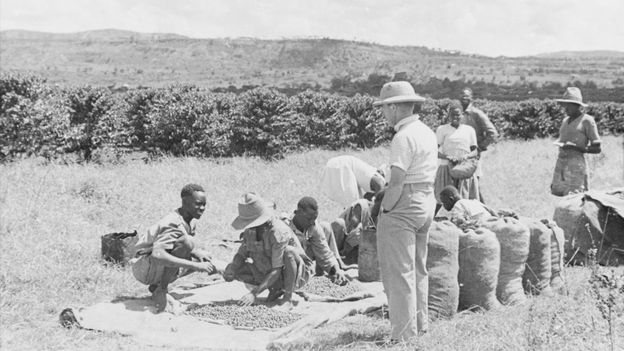 As coffee continued its spread across Europe in the 17th Century, imperialist countries established coffee plantations in their colonies to meet growing demand back home. According to Morris, France became one of the largest producers, planting coffee across Saint-Domingue (modern-day Haiti). By the 1760s, enslaved people on Saint-Domingue produced more than half the world’s coffee. As Enlightenment ideas reached Saint-Domingue, enslaved people began calling for their rights, leading to the Haitian revolution and the young, black-majority country’s independence in 1804.

The emancipation of Haiti’s former enslaved people was a turning point for coffee around the world. With 1,000 plantations destroyed, Haiti’s coffee industry collapsed, according to Morris. Coffee drinking subsequently declined in Britain, particularly as tea drinking became more widespread. The early 19th Century saw Britain expanding coffee production in Ceylon (Sri Lanka) and India, but an outbreak of rust caused by the fungus Hemileia vastatrix destroyed coffee plantations in both colonies over the course of a decade. The plantations were thereby converted to tea growing, cementing the leaf’s role as the drink of choice in Britain.

As drinking fads shifted in Britain during the second half of the 18th and early 19th Centuries, so too did coffeehouses, which became more exclusive. Some, such as those around St James' in London, evolved into elite, members-only institutions associated with gambling. 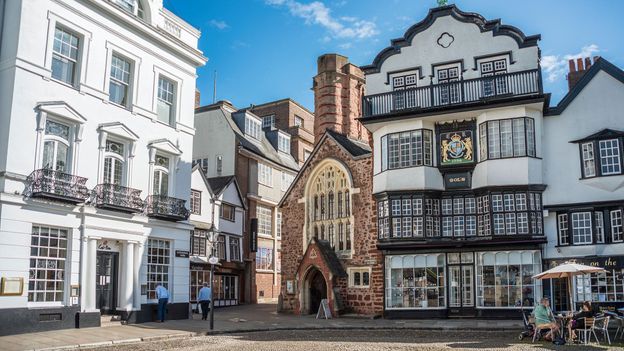 Over time, many of England's early coffeehouses started catering to elite clientele, such as Mol's in Exeter (Credit: travelbild/Alamy)

“People accused [coffee] of wasting their time, when they should have been working. People also accused it of being an exotic luxury, wasting the nation's hard currency for product which has no nutritional value. This sort of connection between physiological fear of the effects that coffee was having on British masculinity [became] a vector for hostility to coffeehouses,” said Markman Ellis, a professor of 18th Century studies at Queen Mary University of London.

The dramatic decline of coffee consumption in 19th-Century Britain happened just as coffee took off in North America, with Brazil’s rise as a crucial coffee producer on the backs of African slave labour. According to Hawley, in Britain “[coffee has] never fully recovered” to the pivotal place it held at its introduction in the 17th-Century British Isles.

While England and its empire largely become tea-drinking societies by the 1820s, the re-emergence of coffee and coffeehouse culture in the UK is undeniable in recent decades. 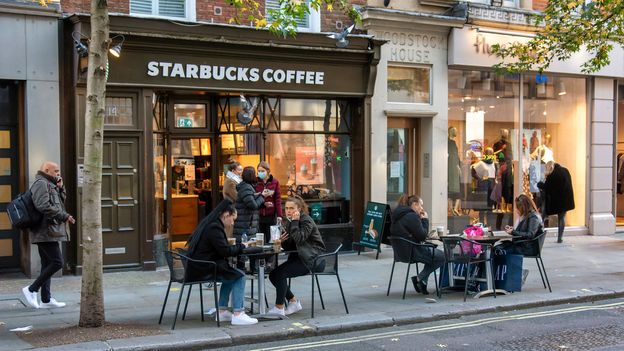 Today, it seems like every city centre in Britain is filled with international coffee chains (Credit: SOPA Images/Getty Images)

Today, it seems like every British town has an international coffee chain and Instagram-friendly espresso bars are popping up faster than you can say “third-wave coffee”. The popularity of Italian-style British cafes has led to espressos, cappuccinos and lattes becoming commonplace British drinks. In the past decade, many pubs have even started serving coffee in the daytime to compete in this relatively novel market.

Coffeeshops are opening as more pubs are closing

“We can date the contemporary coffeehouse moment back to the mid-1990s, that’s the moment when it really takes off,” Morris explained of the rebirth of the UK’s coffeeshop culture, when chains like Costa Coffee and Caffè Nero formed in the UK. “Coffeeshops are opening as more pubs are closing; the number of pubs has gone down, year-on-year-on-year, [while] the number of coffeeshops has gone up. In effect, the coffeeshop has sort of taken over as a social space from the traditional pub.”

More than 350 years after Pasqua Rosee set up his humble stall in London, it seems that coffeeshops are once again reclaiming their original role as the go-to space for Britons to socialise, spread news and share new ideas.