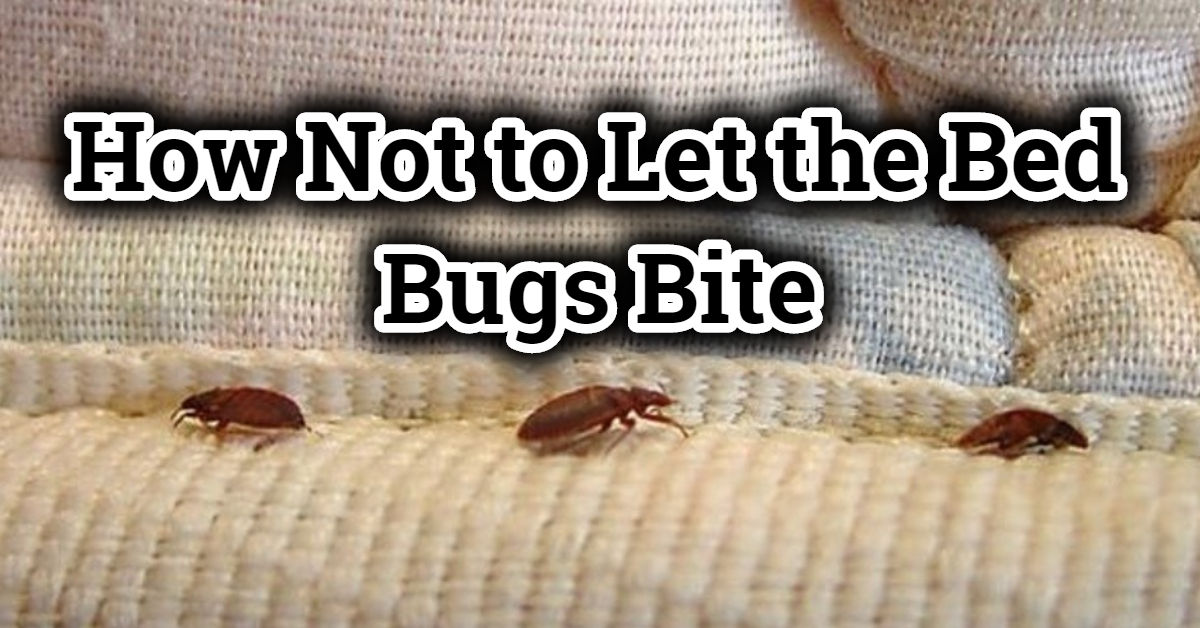 How Not to Let the Bed Bugs Bite

Just the thought of bed bugs is enough to keep you up at night. Insidiously emerging from sheets, blankets, pillowcases, mattresses, box springs, carpets, and upholstery, these nearly ubiquitous household pests bite human skin, squirt natural anesthetics into the wound, feed on human blood for 10 to 20 minutes at a time, and crawl back to their hiding places to reproduce.

Just the thought of bed bugs is enough to keep you up at night. Insidiously emerging from sheets, blankets, pillowcases, mattresses, box springs, carpets, and upholstery, these nearly ubiquitous household pests bite human skin, squirt natural anaesthetics into the wound, feed on human blood for 10 to 20 minutes at a time, and crawl back to their hiding places to reproduce.

The bugs that can inhabit your bed aren't just creepy to think about. After the painkilling chemicals in their saliva wear off, the site of the bite can tingle and itch. That is because of the astonishing variety of toxic chemicals spat out by the bed bug to help it obtain its meal.

Bed bugs secrete a chemical nitrophorin, which makes the blood vessels in the skin dilate and fill with blood. They release an enzyme called apyrase, which acts as a kind of "meat tenderizer" to stop blood vessels from repairing the site of the bit. These parasitic insects even produce their own antimicrobial agents that keep them from acquiring infections from you, although they can inject over 40 different kinds of disease-causing microorganisms back into their hosts.

Itch and scratching often follow bed bug bites. A significant percentage of people bitten by these creepy-crawlies develop allergic reactions causing purple blotches on the skin or hives, and even, in the very worst cases, hemolytic anemia, which breaks down red blood cells. Many people have undergone weeks or months of invasive and expensive medical testing to track down the causes of allergies and autoimmune diseases only to find out by accident or inspection that the real culprit was bed bug bites. Even worse, these insects can spread Salmonella, Lyme disease, hepatitis B, hepatitis C, hepatitis E, Q fever, aspergillosis, and a variety of parasitic infections.

Bed bugs are in the same insect family as aphids and cicadas. As adults, they are reddish-brown ovals that grow up to 1/8 of an inch (about 3 mm) across. Their two wings are vestigial; they cannot fly. Like all other insects, they have six legs, and as hematophagous, blood-sucking insects, their heads end in sharp pincers.

From egg to adult, this blood-sucking insect goes through 5 instars or developmental stages. After the egg hatches, the larva grows a tough exoskeleton that it "fills in." To moult out of its exoskeleton, it has to feed on human blood. (This is true of the two species that feed on humans; there are other species of closely related creatures that feed on the blood of birds, bats, and pets.) Every time a bed bug moults, it leaves its "shell" behind as a tell-tale sign of infestation. After each moulting, the hymen, or abdomen, gets lighter, and the thorax, or trunk, gets darker.

A much more noticeable sign of infestation, however, is the accumulation of bed bug feces. Like other animals, beg bugs poop. They prefer the cracks along the edges of mattresses and box springs for their latrine. Any brown, crusty accumulation underneath the sheets at the edge of the bed may indicate the problem.

Bed bugs also have a skunk-like function when they become alarmed. Anything that threatens the insect may trigger the release of a sickly-sweet odour, but humans cannot detect the odour of just one or two bugs. Many pest companies have trained dogs to track bed bug odour; these dogs are typically 80% to 100% accurate, and false positives (pointing at bed bugs that are not there) are rare.

Bed bugs feed in a "breakfast, lunch, and dinner" pattern. Usually, the bites occur in a line running up or across an arm or leg, concentrated in groups of three.

Since these pests don't just live in beds, the bites may appear in unexpected locations. One doctor reported seeing a number of female patients who had lines of bed bug marks across the backs of their knees. It turned out that all of the patients rode the same commuter train, and were being bitten insects also riding the train to work in seat cushions.

The real reason to control bed bugs, besides the bites, is the variety of after-effects of the bites. Not just the bites but the mere presence of the creature can cause:

Anaemia, especially in infants and the elderly who are confined to bed.

Food poisoning, from Salmonella in their faeces.

A number of diseases that are also carried by ticks and fleas, such as Lyme disease, leishmaniasis, Q fever, and tryposomaniasis.

The first thing to know about do-it-yourself bed bug control is that insecticides usually don't work. These pests have developed resistance to the pyrethrin insecticides you can buy for home treatment. The poisons that actually kill them are too dangerous for home use, especially for families that have children, elders, or pets.

So, what can you do to keep the bed bugs out? Here are my 10 suggestions.

Place a cover on the mattress. The mattress cover will keep an insect from retreating to its daytime hideouts, and since the cover is white, it makes identifying the bugs easier.

Launder bed sheets, blankets, and pillowcases before bringing them into the bedroom, especially if they are hand-me-downs, but even if you have bought them new.

Minimize clutter in the bedroom. Any kind of clutter provides a hiding space for all kinds of pests, including mice.

Wash clothes in warm (115-120 degrees F/45-50 degrees C) water whenever possible. If the fabric cannot be washed in warm water, make sure it is exposed to 10 to 20 minutes of heat in the dryer or in warm sunshine on a clothesline.

Keep suitcases closed when they are not in use, especially when staying at motels or hotels of dubious cleanliness. If the suitcase is kept closed, any bed bugs in the room cannot hitch a ride. Be especially careful when staying in hotels in New York, Australia, Cincinnati, Philadelphia, Los Angeles, and Columbus and Dayton, Ohio, where infestations are unusually common.

Never, ever use any insecticide labelled as a "pyrethrin" or "pyrethroid." It won't kill the bed bugs, but it will cause them to become excited so that they bite even more.

If you live in a location that has cold winters, store mattresses and bed linens in unheated rooms when not in use. Exposure to 5 degrees F/-15 degrees C overnight will kill both adults and eggs.

Consider the use of a bed bug trap. These insects are attracted to carbon dioxide in human breath. Bed bug traps use carbon dioxide to lure the bugs into a trap where they can be captured and killed.

If you need the help of a Professional pest control company goes to GC PEST CONTROL.