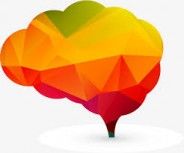 For the past half a century, Haiti has experienced upheavals, dictators, hurricanes, earthquakes, and seen thousands of victims.

For the past half a century, Haiti has experienced upheavals, dictators, hurricanes, earthquakes, and seen thousands of victims. Today, the island is one of the poorest countries in the world, and it is constantly under a threat of new disasters due to the fault of politicians and nature. Hurricane Matthew, which was considered one of the strongest Atlantic hurricanes over the past decade, hit the coast of Haiti not so long ago. This hurricane was assigned to the fourth category of danger. Because of ineffectiveness of the authorities and health care system of Haiti, the hurricane led to the epidemic of cholera. In contemporary Haiti, political violence led to poverty and sufferings. The dictatorial government did not protect human rights of Haitians, especially the right to basic medical care. As a result, there are thousands of deaths due to the natural disaster and the resulting epidemic. The authorities of Haiti forgot that the basic human care should be considered a human right. The paper will discuss the destruction caused by hurricane Matthew, the resulting cholera outbreak, and the role of the international community in providing support.

The authorities of Haiti ignored the human right to the basic medical care. No one should be declined medical care. Heath protection is one of the priorities of state activity. Society and the state are responsible to the present and future generations for the level of care and preservation of the gene pool of people by providing priority health care. As the result of such ignorance, there are hundreds of deaths. Haiti has faced a major humanitarian disaster since the time of the most devastating earthquake in 2010 that virtually destroyed the island. Thousands of people in the island had to live in tents after the terrible earthquake. Landslides, which may result from a hurricane, are also typical for Haiti. The situation was not easy after the earthquake, but it became critical after the hurricane. Thus, the hurricane led a country to a humanitarian crisis. The human right to medical care was violated. It is necessary to address such matters as public health services, educational facilities, hazards of urban life, and other social and economic parameters that influence survival chances. Certainly, in Haiti, these parameters were low.

Floods were particularly dangerous precisely for Haiti as one of the poorest countries in the world. Its citizens live in fragile shacks and they are particularly powerless before nature and its power. Thus, Southern Haiti turned out to be virtually cut off from civilization after collapsing bridge that connected the region with the capital Port-au-Prince. The storm swept right through the island, destroying houses and buildings, and it was accompanied by heavy rains and destructive winds. Many people died as the result of falling trees and flying debris. Most of the dead were in the towns and fishing villages around the Peninsula Tiburon, one of the most picturesque areas of Haiti. The death toll will continue to grow, as rescuers will travel in remote areas. In the south of Haiti, some areas are completely devastated. Thousands of people have been left homeless. All the important communications are destroyed. There is no electricity.

Hurricane Matthew has caused a new deadly attack on Haiti. Along with material damages, a cholera outbreak began due to the mixing of flood with sewage. Epidemic is one of the most acute problems that are faced by people after similar natural disasters. The UN was urged to take responsibility for inaction during the cholera epidemic that broke out 9 months after the earthquake in January 2010 in Haiti. The disease was previously unknown for the island. Some evidence suggested that cholera penetrated the country with the UN peacekeepers from Nepal. Thus, Haiti has one of the highest rates of cholera in the world, with almost 10,000 people dead from the disease since 2010, when the soldiers of the United Nations unintentionally brought this disease to the island after the earthquake. The lack of clean water is the most dangerous consequence of the hurricane. The hurricane caused clouding of wells and flooding public toilets. On its path of destruction, the hurricane raised all sorts of objects in the air. Thus, people’s bodies and objects fell into the overflowing rivers, creating the ideal conditions for the spread of the epidemic. There is the possibility of increasing the number of cases of cholera in the Caribbean country in connection with the destroyed sewerage infrastructure and water supply. Therefore, because of the hurricane on the island, there is a critical lack of clean drinking water. People have been forced to drink any liquid that will find; therefore, the patients with cholera began to re-enter the hospitals. The number of cholera victims may increase since the affected areas do not have enough qualified doctors. The problem lies in the impoverished health care system. Many Haiti's medical institutions, including cholera treatment centers, were destroyed by the hurricane. Moreover, cholera outbreaks are inevitable because the state lacks funds for water purification. The situation deteriorates since bridges and roads in Haiti were destroyed, and delivering medicines to remote areas becomes very difficult. Moreover, there are the cases of attacks on humanitarian convoys. That is why the poor areas of Haiti cannot get clean water, food, and medicine.

Role of the International Community

The international community plays an important role in caring for the victims of the disaster in Haiti. It has to assist Haiti that faced a severe humanitarian crisis after the devastating hurricane Matthew as some towns and villages have been destroyed; seed and food reserves have been destroyed as well. The UN experts and the Red Cross work in the country, supplying medication, food, and clean drinking water into temporary camps.

Moreover, the international community has to assist Haiti to stop the cholera outbreak. There is a need to send qualified doctors to provide professional medical care. Since the anxiety due to cholera spreads quickly, the international community should concentrate on providing clean water, food, and medicine to Haiti. The equipment for water purification has been sent to the most affected regions, but its delivery is difficult because of debris on the roads. The World Health Organization has sent a million cholera doses to the island. Even those places that have received support reported about the huge deficit of clean drinking water. There is a probability of other cases of infection with cholera and unnecessary deaths in the regions, if large-scale prevention and treatment measures are not taken immediately. If food, water, and safe shelter are not be provided to the victims immediately, the death toll will rise.

Despite the huge amount of money and other assistance in the aftermath of the disaster, a very small number of them have been distributed through Haitian organizations, which has led to the charges that they have not done enough to rebuild the country and to prepare for future disasters. In addition, there is still a risk of adverse environmental impact of floods and landslides due to deforestation stunning level. Thus, the international community has to make every effort so that children and their parents quickly found themselves in complete safety. Today’s main goal is to give the opportunity to the people of Haiti to rebuild their lives.

Because of the ineffectiveness of the authorities of Haiti, the local citizens did not receive proper medical care. Hundreds of lives were lost because of hurricane Matthew and the resulting cholera outbreak. The international community should pay more attention to the situation as the key human right is violated. People die because of the lack of medications and doctors. Thus, Haitians should receive medical care, as it is their basic right.

About the author: Juliette Patioson is a bachelor in English philology and sociology at California University. She is currently working as one of the best writers at the place where you can find free essay title generator She also studies feminine psychology.