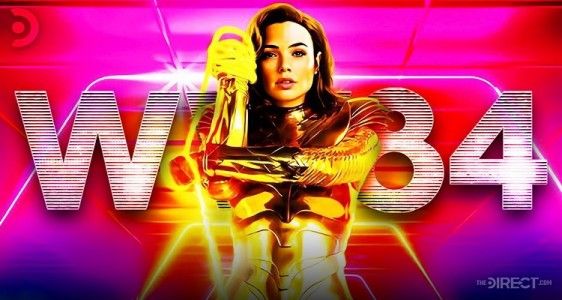 Listen To The First Track Of Wonder Woman 1984

The team of Wonder Woman 1984 release their brand new trailer this weekend at DC fandom.

The team of Wonder Woman 1984 release their brand new trailer this weekend at DC fandom. And this time, we have Hans Zimmer’s original score for the superhero sequel for the first time. Composer Rupert Gregson-Williams composed the score for the first Wonder Woman movie. In contrast, Zimmer is the one who is responsible for composing the original motif of Wonder Woman for her first appearance in 2016’s sequel of Batman v Superman: Dawn of Justice. He has also contributed music score to the Christopher Nolan movie Dark Knight trilogy.

In an interview with Collider, Zimmer shared that he decided to take the full score for Wonder Woman 1984 because Rupert is his friend. They both worked together to make the first theme of Wonder Woman exciting and fun. And when creator Patty Jenkins called him and shared her idea, he wanted to be a part of the storytelling.

The story focused on the two villains Maxwell Lord and Cheetah, in Wonder Woman 1984. Maxwell as a philosophical foe and Cheetah as a physical match. Jenkin’s original story of Wonder Woman was also portraying the contrasting ideologies, and the sequel promised a similar vein. The track of the movie is titled “Themyscira” after the paradise island where the Amazons reside. Zimmer tweeted that “Themyscira is out! Listen to the #WW84 at” and linked the score under the tweet. The track can also be accessed on the YouTube channel of WaterTower Music.

In Wonder Woman 1984, Maxwell Lord’s power threatens the world. He has granted the power of the Dreamstone, which allows him to grant the wishes of anyone who sees his face. And since God makes the stone of Lies, each wish has a trap within it. Barbara Minerva, who was a colleague of Diana, became the fearsome opponent. The costumes of Cheetah are deliberately evocative of Catwoman’s transformation in Batman Return 1992.

Although Patty did not introduce the Invisible Jet in the movie, Steve Trevor was flying a new jet as he is an ace pilot. So the speculation of involving the invisible plane in the film was not valid. The end of the trailer of Wonder Woman 1984 ends with a stunning image of Diana’s Golden Eagle armor, which she wears for her battle with Cheetah. Patty shared that the suit has wings that are discarded in the scene. She added in the comic book’s wings a fantastic shield for her in a fight, and paragliding wings are her favorite. She was pleased with the idea though Diana has a fighting style with shields, she can glide using the wings.

John Martin  is a Norton expert and has been working in the technology industry since 2002. As a technical expert, she has written technical blogs, manuals, white papers, and reviews for many websites such as norton.com/setup.

Source URL - Listen To The First Track Of Wonder Woman 1984