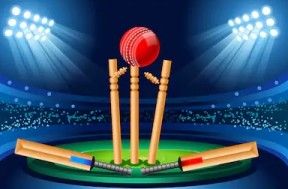 Most valuable players in each IPL auctions

Indian Premier League is the most entertaining cricket among all other sports in the world. Totally eight franchise teams will be participating in every auction and the franchises try to get high profile players from around the world. Some players will be sold for high bid and some others for low bidding or even no bid. Let’s look at most expensive players in the history of IPL auctions.

M S Dhoni is one of the former captains of Indian Cricket Team and one of the best Captain. Chennai Super Kings picked him for 19.5crores in 2008 which is the inaugural edition of IPL auctions. In 2008 season he played 16 matches and led the team to the finals but they lost that match. Under his captaincy, CSK won the match three times and runner-up for five times.

Andrew Flintoff and Kevin Pietersen are the English batsmen was bought by Chennai Super Kings and Royal Challengers Bangalore for 9.8 crores respectively. Flintoff played only three matches and quitted India’s domestic league in 2009. Pietersen played only six matches and left to England for international matches.

Shane bond is a New Zealand player popularly known for his pacey bowling and Pollard is a West Indies player. Kolkata Knight Riders and Mumbai Indians bought them for 4.8 crores each. Bond played eight matches and announced his retirement from the IPL after 2010. Pollard played 14 matches and scored 278.

Kolkata Knight Riders bought Gambhir for 14.9 crores in 2011 IPL auctions. Gambhir had a great season as an Indian star opener. He played 15 matches by scoring 378 runs at an average of 34.36.

In 2011 season Jadeja represented the Kochi Tuskers Kerala team. Chennai Super Kings Paid him 12.8 crores in 2012 season and he is one of the top picks ahead of 2012. Jadeja played an important role in the season and CSK ended with the runner-up, also he became the member of CSK core team along with Dhoni and Raina.

Glenn Maxwell was picked by Mumbai Indians for 6.3 crores, the franchise led him to play only three matches and released him from the team. He scored 36 runs from 3 matches and next year played for Kings XI Punjab and smashed 552 runs in 16 matches.

Yuvaraj Singh is the costliest player when he was bought by Royal Challengers Bangalore for 14 crores in 2014 IPL. Yuvaraj smashed three fifties and scored 376 runs in 14 matches.

Yuvaraj performance in 2014 IPL made him earn maximum bid from Delhi Daredevils for 16 crores. But he was not able to give his better performance, he scored only 248 runs in 14 matches.

Watson is an experienced Australian all-rounder bought by Royal Challengers Bangalore for 9.5 crores. But he didn’t meet the expectations of RCB, scored only 179 runs in 16 matches.

Ben Stokes is an England all-rounder picked by Rising Pune Supergiants for 14.5 crores. He helped the Pune to reach the finals where they lost to Mumbai Indians. Stokes scored 316 runs, received the man of the tournament award in the season.

The Most Valuable Player of 2017 season, Once again sold for highest bid 12.5 crores for Rajasthan Royals. But he scored only 196 runs in 13 matches where he failed to make much impact compared to his previous season.

Once again the franchise RCB bought Virat Kohli for 17 crores and he is a very loyal player to Royal Challengers.

Why Do Baseball players Use wooden Bats?
1076
Sports Parenting Principles to Raise Your Athletes On
692
Common Problems for Tennis Players, Plus the Solutions
526
TEACHING KIDS TO BE "GOOD SPORTS"
342