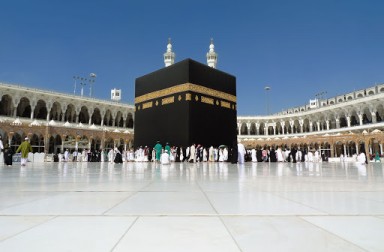 Makkah is the place that gave birth to Islam. The last Prophet of Allah, Hazrat Muhammad (PBUH) was born in this city of Saudi Arabia. It is of great importance because the Messenger of Allah spent his life in this city and loved it because of his home city. He was born orphan. His mother and then grandfather brought him up. Holy Prophet spent his childhood in the streets and in the deserts of this city. Best travel packages for Hajj and Umrah by Umrah Experts let Muslims plan their visit towards these beautiful areas.

Holy Prophet used to spend his most of time in the remembrance of Allah when he reached the age of maturity. He used to sit in the cave named as Cave of Hira. His heart was full of the love of Allah and also humanity. The first revelation was brought to him at the age of 40 in this cave. He started preaching Islam and endured many difficulties in the way of Allah. Hazrat Abubakar Siddique and Hazrat Khadijah accepted Islam first.

Then with the passage of time number of people accepting Islam became good. But Non-Muslims were dominant who started opposing Hazrat Muhammad (PBUH) and started harming them. At last Holy Prophet and his companions were ordered by Allah to leave Makkah. Holy Prophet with Hazrat Abubakar Siddique migrated to Madinah. In Makkah, Islam became dominant because of prays and efforts of Holy Prophet.

Muslims then decided to conquer Makkah and wanted to make it the place of worship for Allah only. When people of Makkah broke the treaty of Hudaibia in 8 A.H, Holy Prophet and his companions decided to conquest Makkah. Makkah was conquered in 8 A.H. Islam became dominant in Makkah also. Muslims started performing worships in Islam also. Holy Prophet released the prisoners Makkah because he was a kind hearted person. All the idols from Kabah were removed by the Prophet of Allah.

The Holy Kabah is present in Makkah therefore Muslims give much importance to this city. Kabah is the House of Allah on this earth. Holy Prophet also loved the Kabah. When he was leaving Makkah he spoke beautiful sentences for the love of Makkah and Kabah. He said that Makkah I love you from the core of my heart and I don’t want to leave you but the enemies of Islam have stood against me and they are compelling me to leave this city.

Makkah is the center of worship for Muslims. All the Muslims turn their faces toward Kabah for offering the sacred worship that is prayer. On the other hand Holy Prophet also performed the Hajj that was regarded as compulsory for Muslims in 10 A.H. He performed the Hajj, in the following ways:

He ordered Muslims to follow him in every doing of Hajj. Today Muslims perform Hajj in the same way as Holy Prophet performed. Every year millions of Muslims visit holy places of Makkah to perform hajj by booking Hajj Package. Muslims perform Hajj according to the teachings of Holy Prophet. Holy Prophet also performed four Umrahs. Muslims can perform Umrah every month. Holy Prophet also ordered Muslims to follow him in all fields of life. He is the great example for all Muslims but also for the people of world, however, they belong to different fields, casts, tribes, or religion. Every Muslim need to follow Holy Prophet in all fields of life to succeed.