Know The Story Of This Unsung Queen Who Stood Against Britishers: Maharani Jind Kaur 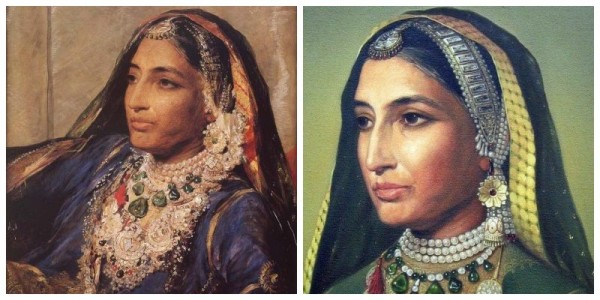 Know The Story Of This Unsung Queen Who Stood Against Britishers: Maharani Jind Kaur

Maharani Jind Kaur is going viral nowadays for the auction of some pieces of her jewelry. There are so many people who aren’t aware of who Maharani Jind Kaur was, she was the last wife of Maharaja Ranjit Singh. The women who stood against Britishers with courage.

Duleep Singh was just 5 years old when he was given the responsibility of Throne. Duleep was very young to understand the power of a throne, so Maharani Jindan Kaur used to look after his job. She operated the Kingdom single-handedly with her intelligence and introduced a few changes in the Revenue System.

Dr. Ganda Singh told Lord Ellenborough in 1843 that “The mother of Maharaja Duleep Singh is the only woman in Lahore who has Courage“.

The British announced an Anglo-Sikh war against the Sikh empire in 1845. When war happened the British imprisoned Maharani Jindan Kaur but her son Duleep was still considered as a ruler.

A Chandigarh-based Indu Banga professor once quoted that “British tried well to defame Maharani Jindan Kaur, but like others, Maharani stood strong against the Britishers”.

The British tried their level best to defame Maharani by calling her a prostitute and “Messalina of Punjab”, referring her to the third wife of Roman Emperor Claudius who was promiscuous.

Maharani was in touch with Bhai Maharaj Singh who rebels against the Britishers when they attacked the Sikh Empire. The Anglo-Sikh battle is considered as the first war ever happened against the British for independence and Maharani Jindan Kaur became a “brave figure”.

In 2016 Anita Anand and William Dalrymple wrote about Maharani Jindan Kaur in the book “Kohinoor: The story of World’s Most Infamous Diamond”. Maharani escaped prison on 19 April 1849, the book states “Dressed in beggars’ rags, she fled under cover of darkness, taunting her British captors as she went”.

Jind left a note for British guards “You put me in a cage and locked me up. For all your locks and your sentries, I got out by magic, I  had told you plainly not to push me too hard – but don’t think I ran away. Understand well, that I escape by myself unaided don’t imagine I got out like a thief“.

After escaping Maharani Jind Kaur went to Kathmandu on 29 April 1849. Jung Bahadur then Prime Minister of Nepal gave asylum to Maharani. She stayed in Nepal till 1860 and was in constant touch with the rebels of Punjab and Kashmir. She wrote letters to Bhai Maharaj Singh and other rebels and one time the Britishers caught some reserves that Maharani was sending across the borders. The Britishers asked Nepal’s PM to curb Maharani.

Maharaja Duleep Singh was converted into Christianity when Maharani Jind Kaur met him in April 1961. It was her impact that Duleep returned back to Sikhism. Maharani was ordered to leave for London, and in 1863 she left this world while sleeping. Cremation was illegal in British back then so she was buried in West London.

A Book was written on Maharaja Duleep Singh as “The Maharaja’s Box” by Christy Campbell. The book quotes Maharani Jind Kaur as “one of the most remarkable characters of 19th-century history, let alone Indian or Sikh history”.

In 1997 a marble headstone was found with Maharani’s name during the restoration at Chapel in Kensal Green, and a memorial of the Maharani was kept in 2009