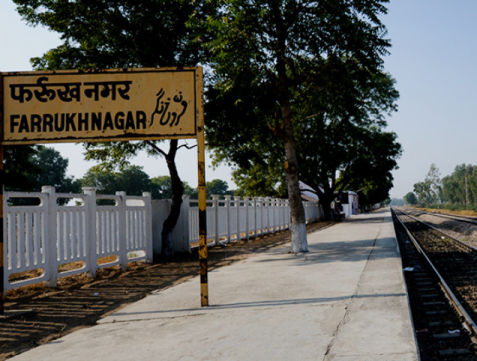 Reliance Industrial Plots Jhajjar has setup JAPAN Industrial Township in presence of when His Excellency Mr Kenji Hiramatsu, Ambassador Extraordinary and Plenipotentiary of Japan to India made a scheduled visit to the Reliance Model Economic Township (MET) Project site on the 7th March 2016 immediately after having addressed the gathering at the Inaugural Ceremony of the Global Investors Summit 2016 of “Happening Haryana” event.

Reliance Industrial Plots Jhajjar has setup JAPAN Industrial Township in presence of when His Excellency Mr Kenji Hiramatsu, Ambassador Extraordinary and Plenipotentiary of Japan to India made a scheduled visit to the Reliance Model Economic Township (MET) Project site on the 7th March 2016 immediately after having addressed the gathering at the Inaugural Ceremony of the Global Investors Summit 2016 of “Happening Haryana” event.

He spent over two hours interacting with the members of METL and the representatives of Marubeni Corporation and Mizuho Bank and also inspected the proposed site of the “Japan Industrial Township in India” within the MET project area. He expressed his confidence in Japanese investments coming to the JIT site in the MET project area.

Ministry of Economy, Trade and Industry (METI), Government of Japan selected a consortium, consisting of Mizuho Bank and Marubeni Corporation, for a project to survey the feasibility for infrastructure system overseas development in the Jhajjar district of Haryana state in India, and was referred to as the “feasibility study”.

The consortium conducted the smart community development plan, which is the subject of the feasibility study, concerns development of the industrial zone, commercial facilities and housing in Jhajjar centering on MET project, undertaken by Reliance Model Economic Township Limited (METL) a 100% subsidiary of one of India’s largest business group, Reliance Industries Limited.

Outcome of the Feasibility Study

The feasibility study was found to be favorable for Japanese investment to establish in the Reliance Industrial Plots in Jhajjar.

Marubeni Corporation is taking one step forward to promote this potential site for Japanese companies and others.

Statement of Intent between Governments of India and Japan

The Minister of Economy, Trade and Industry (METI) of Japan, H.E. Yoichi Miyazawa, accompanied by the Japanese business delegation, visited India from 28th to 30th April, 2015.

The two Ministers welcomed the successful outcome of the “India – Japan Public Private Investment & Trade Promotion Policy Dialogue” and affirmed that the “List of Actions” by the business delegation, will greatly contribute to the realization of “Make in India”.

The two countries share the view that Indo-Pacific economic linkages through cooperation in an inclusive investment and trade regime is essential for the further development and prosperity of not only both the countries but also of the region.

Better surroundings offer a better quality of life. With homebuyers focusing on reducing water and energy consumption, the demand for green society is rising. Developers should incorporate rainwater harvesting, waste management, solar panels, etc. into their projects. With people spending most of their time indoors, providing larger balcony spaces with more greenery would also be beneficial and this would in turn help increase the green areas too.

Out of the 11 sites, Reliance Industrial Plots in Jhajjar, Haryana was one of them.

Minister Miyazawa expressed his view that all possible tools such as facilitation and coordination by METI and Japan External Trade Organization (JETRO) will be taken, and that JETRO will play a pivotal role in improving investment and trade environment for Japanese enterprises through “Japan Industrial Townships in India”.

Minister Sitharaman welcomed further commitment of METI and JETRO towards enhancing investment and trade between Japan and India.

Both Ministers reiterated the intention of the two countries to develop “Japan Industrial Townships” and other industrial townships in India with investment incentives for companies that would not be lower than under the prevailing policy framework such as Special Economic Zone (SEZ), National Investment and Manufacturing Zone (NIMZ), based on Tokyo Declaration. Both Ministers expressed their intention to accelerate the development of world class infrastructure for “Japan Industrial Townships”.

Are you looking for reliance Industrial Plots in Delhi NCR?

Other Property in Delhi  - Joyville Gurgaon