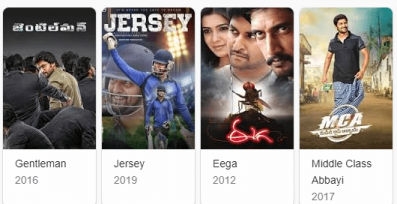 Top 10 Telugu Love stories of all time: When we see a movie which touches our heart and soul. We consider it the best love story of all time. We try to recreate the same thing with our loved ones as well. Love has no language, and this genre has created wonders in the cinema industry. So here are the top 10 telugu love story movies.

When we talk about love, the first thing that comes to our mind is none other than Devadasu and Parvati. In this movie, The main lead has been played by Lt. Akkineni Nageswara Rao gaaru and Lt. Savitri gaaru. This movie is completely about love life and how Devadasu struggles to live without his parvati. The performances in this movie are top notch, Even today this movie is considered as one of the best love stories of all time.

Geethanjali one of the finest movies ever written and directed. This movie is directed by the famous Mani Ratnam. The music of Illayaraja, the camera work, the direction, the performance of the main lead have made this one of the best movies of all time. This is Mani Ratnam’s straight telugu movie and he has given a wonderful love story for telugu people to remember for ages to come.

Tholi Prema, the movie which showed Pawan Kalyan as the lover boy. This is the directorial debut of the director A Karunkaran, This movie is all about the first love and how important it is for the youth to understand what love is about. Pawan Kalyan and Kirti Reddy have given wonderful performance in this movie, the chemistry between them was so good that the audience got connected instantly.

This movie is directed by none other than Sukumar, and this is Allu Arjun’s one of the best movie. This movie is considered as one of the most romantic entertainers of all time. The movie revolves around the college guy named Arya who falls in love with a girl geetha but she is in already in love with Ajay. What will happen between them. Will Arya win his love. That’s the story of the movie.

One of the best movies of Akkineni Nagarjuna. In this movie Nagarjuna plays the lead role of a boss who hates women because of some incident happened in his life. Sonali bindre was cast opposite Nagarjuna, their chemistry, Nagarjuna wits and punch dialogues were wonderful. Because of the brilliant performances in the movie, This film is considered as one of the best romantic movies of all time.

In this movie, Sidarth has played the role of an rich guy who follows in love with a girl whose brother is a farmer. This was one of the best performances of Siddarth, His role and his struggle to get his love Trisha helped the film because a blockbuster. This movie was remade into so many languages because of the depth in the story.

Akkineni Naga Chaitanya’s second movie has turned out to be a blockbuster. Gautham vasudev Menon has been wonderful with his direction. The debut of Samantha Akkineni and the chemistry between the lead is so wonderful that people loved the movie. The film collected many awards and special mention to AR Rahman’s music. Because of the BGM and the music the feel in the movie has went to an another level.

This movie is directed by nandhini Reddy, The main leads have been played by Nani and Nithya Menon. Nani and Nithya have attracted the audience with their timing and acting in this movie. The chemistry between them was wonderful. This movie is definitely one of the top love stories of all time in telugu industry.

Written and directed by Srinivas Avasarala. The main leads have been played by Naga Shaurya and Raashi Khanna. This movie is especially for the youth and it’s a complete entertainment package. This movie is based on love between two people, They get separated because of some reasons and they realize that they can’t let eachother go from their hearts. This is definitely a movie worth watching.

Last not but least, Arjun Reddy. One of the finest performances of Vijay Devarakonda. This movie is a modern love story where a doctor falls in love with a girl and because of some situations they get separated. To overcome from the grief of losing his love, What does Arjun do? The chemistry between Vijay and Shalini Pandey is wonderful. This is the directorial debut of Sandeep Reddy Vanga and this movie is also remade in Bollywood in which Shahid Kapoor and Kiara Advani have played the leads.

So these are the top 10 telugu romantic movies of all time. We hope that you like these movies and frankly who doesn’t want to watch a love story.