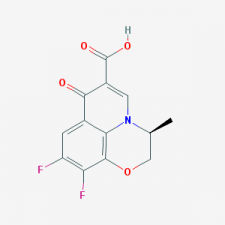 China is the world's largest producer of coatings and dyes.In terms of coatings, the total output of China's coating industry reached 7.5544 million tons in 2009, surpassing the United States and ranking first in the world.In terms of dyes, since 2006, The total output of synthetic dyes in China has reached 1.156 million tons, accounting for 1/3 of the global output. At present, it has exceeded 60%.From the perspective of supply concentration, the industrial sales output value of large enterprises in this industry accounts for only 3.67%, which is the lowest proportion among all chemical fine molecule industries.But from the point of view of product segmentation, it has a high concentration.For example, in the field of disperse dyes, Zhejiang Longsheng, Leap Soil shares and Hangzhou Jihua accounted for 74% of the shares;And in the reactive dye field including leap soil, the four major enterprises accounted for more than 85% of the total production capacity.The main problems in the manufacturing industry of coatings, inks, pigments and similar products in China are large but not strong, and the environmental pollution is serious.A large number of products related to strategic emerging industries are heavily dependent on imports.Such as China's wind turbine blade coating, almost all rely on imports.From the perspective of environmental pollution, heavy metal pollution incidents caused by the industry have occurred in China since 2011, such as the 2008 Dongying dupont pollution incident.It is of great urgency to improve the content of product science and technology, reduce pollution and develop green economy.

From the perspective of downstream demand, the manufacturing industries of coatings, inks, pigments and similar chemical products mainly include real estate, automobile, clothing, textile and printing industries.On the whole, it is influenced by macro economy, but there is no obvious seasonal difference.

During the 12th Five-Year Plan period, the manufacturing industry of coatings, inks, pigments and similar products will enter a critical period from strong to large.According to the oil and chemical industry "twelfth five-year" development plan ", "twelfth five-year" period, coatings, printing ink and paint manufacturing industry in China will be more environmentally friendly, the special function of high-grade paint and new fluoride dye production, and in the pigment industry such as heavy metal pollution prevention, reduce the emissions of heavy metals, construction of circular economy, promote the healthy and sustainable development of the industry.

China is the world's largest synthetic resin, synthetic rubber, synthetic fiber one of the producers.During the 11th Five-Year Plan period, the average annual growth rates of synthetic resin, synthetic rubber and synthetic fiber were 15.3%, 13.1% and 11.4% respectively, higher than the GDP growth rates of the same period. By 2011, the annual output reached 479.83 million tons, 3.488 million tons and 17.716 million tons respectively.But in terms of the structure of products, synthetic materials in China is given priority to with general synthetic materials, product technology content and added value is low, and industrial high-end products supply is insufficient, in the high-end brand of synthetic resin, synthetic fiber and synthetic rubber in areas such as the lack of the international advanced level of its own technology, polycarbonate, caprolactam products such as a large number of imports, product structure to be optimized to upgrade.From the perspective of concentration, the concentration of synthetic materials industry as a whole is not high.By the end of 2011, there were 2,079 enterprises in the whole industry, among which the number of large, medium-sized and small enterprises accounted for 1.88% and 10.25% and 87.88% respectively. The average industrial sales output value of the whole industry was only 519 million yuan. The problem of "low, small and scattered" is still prominent.The situation of some industries is slightly different, such as the tire industry. By the end of 2010, the industry CR10 has reached 70%, and it was further improved in 2011.From the perspective of raw material supply, with the gradual production of a large number of ethylene plants in China, the raw material bottleneck has been greatly alleviated.However, China's ethylene production is mainly based on calcium carbide method. Compared with the oil routes in the Middle East and other regions, there are some prominent problems, such as high cost and high pollution.

China has a strong consumer demand for synthetic materials.During the 11th Five-Year Plan period, China's demand growth rate of synthetic resin, synthetic rubber and synthetic fiber was 9.77%, 13.4% and 8.15% respectively.In terms of external dependence, in 2011, synthetic resin external dependence was 35.7%, while ABS resin was as high as 54.86%.Excluding the overseas dumping caused by the expansion of production capacity in the Middle East, the high degree of external dependence also indicates that domestic production capacity cannot meet the domestic demand in terms of output, price and product structure.From the perspective of demand structure, China's synthetic materials are mainly concentrated in automobile, electronics, light industry, textile, building materials and other fields.From the characteristics of demand changes, the downstream demand and the macro economy show a high degree of correlation, but the seasonality is not obvious.From the point of view of external demand, tires are the main export products.About 40% of the country's tire production is exported, and a third of that goes to the United States.In recent years, China and the United States have had many trade disputes over tire products.

From the point of development trend, according to the petrochemical and chemical industry "twelfth five-year" development planning, prediction, during the period of "twelfth five-year" traditional synthetic materials demand growth in China will be the next step is lower than the same period GDP growth, such as the demand of polyethylene average annual growth of 4.2%, average annual growth of 5.0% ethylene glycol demand, and styrene butadiene rubber needs an average annual growth of 4.0%;In contrast, the average annual demand growth rate for some high-tech products, such as caprolactam, was 12.5 percent, 4.5 percentage points higher than the GDP growth rate of 8 percent."Twelfth five-year" period, therefore, composite material industry in China to strengthen energy conservation and emissions reduction in the expanding raw material sources and at the same time, strive for the industrial structure, product structure and regional structure adjustment, the "twelfth five-year" to the final, industry concentration and the proportion of high-end petrochemical products further improve, engineering plastics, special rubber and domestic support capability of high performance fiber strive for each 20% increase in 2010.