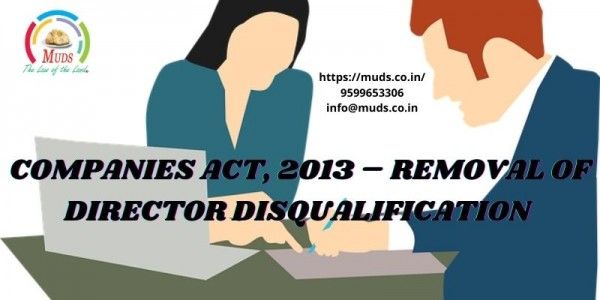 Companies in India are regulated through the Companies Act, 1956 which has repealed legislation, and now Companies Act 2013 is governed. Ministry of Corporate Affairs(MCA) administrates all related laws and rules of the company.

Companies in India are regulated through the Companies Act, 1956 which has repealed legislation, and now Companies Act 2013 is governed.  Ministry of Corporate Affairs (MCA) administrates all related laws and rules of the company.  The MCA works through two branches that are Regional Director (RD) and Registrar of Companies (ROC).  At current, India retains seven such directors and 22 ROCs.  Regional Director and Registrar of Companies two departments are also named in-house citations of adjudication.

Every year, the Registrar of Companies have their respective jurisdiction of a particular state striking off thousands of companies and accordingly the Registrar of Companies (ROC) took an outrageous step and struck off many companies with section 248(2) of the Companies Act, 2013 who has not done their filing for two financial years or more believing that the companies, not doing any of their business and consequently, disqualified directors according to section 164(2)(a) of the companies Act, 2013.

Section 164(2)(a) of Companies Act, 2013 states and the person who is or has been director of a company that has not filed financial statements or annual returns for any continuous period of three years, then the person would be ineligible for reappointing as a director of the company for five years from the date in which the said company fails to do so.

The Companies Act, 2013 ratified by the Parliament retains obtained the assent of the President of India on 29th August 2013.  The Act strengthened and modifies the law relating to corporations.  This is a law covering incorporation, abolition, and the running of companies in India.  The Act came into force on 12th September 2013 across India.

It is very important to keep in mind that the removal of director disqualification and revival of companies are two different processes and accordingly, they fall under the jurisdiction of two regulatory bodies that have the power to decide upon the cases if removal of a director disqualification lies with the Honorable High Courts, whereas the power of reviving the company lies with the National Company Law Tribunal (NCLT).

The power of NCLT during Inspection, Inquiry, and Investigation, Compromise, Arrangement, and Amalgamation,  in the matter of preventing the oppression and mismanagement and in winding up. The NCLT is a quasi-judicial body in India that adjudicates issues of Indian Companies.  This act was established underneath the Companies Act, 2013, and was set up in June 2016.  All proceedings underneath the Companies Act, 2013, together with proceedings contemplating arbitration, settlement, interpretations, reconstruction, and accordingly the winding up of a company organized in India shall be eliminated by the National Company Law Court.

Prescriptions to Withstand Disqualification of a Director

Dispute with NCLT under section 252 for improvement for struck off companies:

Dispute with the High Court by documenting a Writ Petition for Disqualified Directors:

Subsequently, the regulatory bodies of NCLT and the Honorable High court uphold the injunctions for the renewal of struck-off company and Director Identification Number reactivation.  The appellant expects the filing of statutory documents with ROC for the improvement of disqualified DIN.  Also, file the annual returns of the previous three years with the Income Tax Authority. Numerous directors of the companies moved toward the High court/National Company Law Tribunal in declaration to modernize their DIN's and companies under Article 226 of the Companies Act, 2013.

Through the last few years, the Ministry of Corporate Affairs (MCA) has energetically taken litigation against shell companies.  They remember disqualified over 3,00,000 directors under section 164(2)(2) of the Companies Act, 2013.  How to withstand these protocols for disqualification.  Firstly, why does the disqualification of directors happen?  As per law, the disqualification of directors transpires if the director ceases to function to file the economic announcements or annual recoveries for three financial years consecutively.  In improvement to this, if he gives birth to not paid back the risks or attention or redeemed debentures; then he is announced to be disqualified.

Under Section 8 of The Companies Act, a registered company of India has to file financial returns every year.  If the directors have failed to file the returns for 3 years, again they can be disqualified, and the company would get the status to strike off.

Section 164(2) of the Companies Act, 2013 – explicitly states that no person can become the director of the company in case of the following :

What are the Impacts of Director Disqualification?

The office of the director will become vacant as a result of the disqualification.  Besides, if the individual is disqualified in any company outstanding to section 167(1) of the companies act, accordingly he shall be contemplated as discontinued in every additional company where he existed the director.

Additional is the comprehensive procedure for Director Identification Number activation –

Step1 – Disqualified directors retain to classify a writ petition under Article 226 of the legislation of India before the High Court. The writ petition should accompany the urgent application, a notice of motion, memo of groups, synopsis, and list of date and events, situations which oversee to non-compliance of filing of statutory manuscripts, the significance of company and directors striving improvement, the document of the press discharge attention issued by ROC recording disqualified directors, list of all companies in which the appellant is director, stay petition under section 151 of CPC, invocation cause for committing the publication handed out by ROC.

Step2 – The company can distant file a petition under section 252 of the Companies Act, 2013 before the NCLT for renovating the corporation inscription.

Step3 – When the high judiciary and NCLT give an injunction on DIN reactivation and renewal, the appellant has to file statements along with annual retrievals with ROC.

Step4 – As mentioned above; after the fulfillment of obedience, the ROC will raise a receipt on MCA21 and upload a document of the injunction.  Lastly, after reasonable authorization, the managers reactivate the Director Identification Number.

MCA provides two remedies for disqualified directors after the removal of all the inactive companies.  They will be notified with circulars which helps companies in restoring their name with ROC.  In the end, it gives an opportunity to revive struck-off companies.  Accordingly, it can be said that the Indian administration has efficiently dealt with the outcry about disqualification.

BEP-20 token Development
15000
Why cefnogi is best digital marketing agency ?
8752
Choose the best thermos for coffee to Keep Your Day Warm and Refreshing
7917
The benefits of bulk SMS that your business can hardly afford to ignore
7354
Branding Yourself Through Social Media Engagement
7325
SMART CONTRACT DEVELOPMENT SERVICES
4229
Benefits of Small Plastic Storage Boxes
3900
Youtube Subscribers
3889
Redefine Your User-Centered Food And Beverage Boxes
3687
Whether to complex parts could be compress
2523
Key concepts to gain a competitive edge in the Online business
2441
Business and job opportunities in Qatar
1843