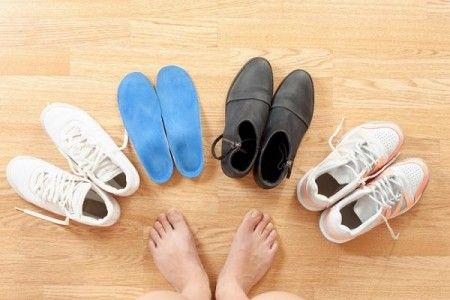 Diabetic Footwear Market is projected to reach $ 9.7 billion by 2025

Global diabetic footwear market is projected to reach $ 9.7 billion by 2025 on account of rising adoption of diabetic footwear as they are designed to minimize the risk of skin breakdown caused by poor circulation, neuropathy and foot deformities.

Global diabetic footwear market is projected to reach $ 9.7 billion by 2025 on account of rising adoption of diabetic footwear as they are designed to minimize the risk of skin breakdown caused by poor circulation, neuropathy and foot deformities.  Moreover, these footwears offer a variety of features like non-binding uppers, stretchable uppers, orthotic support, extra depth design for a pressure-free fit, deep-toe-box, functional soles, and others in order to protect diabetic feet. These designed footwears are mostly used by athletes and common people that are suffering from foot deformities caused by diabetes. Diabetes leads to poor control over blood sugar levels and thus can damage nerves and vessels of feet. Therefore, consumers with diabetes are more likely to have foot problems which are the key factor anticipated to influence the demand for diabetic footwear across the globe in the coming years.

Rising prevalence of diabetes and growing disposable income are some of the major factors anticipated to propel the global diabetic footwear market in the coming years. However, the market growth is likely to be negatively affected on account of lack of proper knowledge about using diabetic footwear among potential users as well as low awareness about proper foot care in diabetic patients, particularly in underdeveloped and developing countries.

The global diabetic footwear market is segmented based on the product, end-user, distribution channel and region. Based on the product, the market can be segmented into slippers, sandals and shoes. Among them, the shoe footwear type dominated the market in 2019, and the product segment is expected to maintain its leadership position in the coming years as well which can be attributed to the higher preference of shoes in both men and women. Office going population always prefers wearing shoes since a formal attire includes shoe, which is increasing the demand for these shoes, thereby boosting the growth of this segment in the market.

Years considered for this report:

Objective of the Study:

The study is useful in providing answers to several critical questions that are important for the industry stakeholders such as manufacturers, suppliers and partners, etc., besides allowing them in strategizing investments and capitalizing on market opportunities.

Everything You Need To Know About Travel Insurance
2204
Streamlined DME Billing Service will remain a Necessity in 2019
2164
The Benefits Of Visiting Dentist San Diego
1978
Gallstones : Causes, Symptoms and Treatment
1591
Fildena Pills is used to grow up the Erection Time
1390
The Risk Of Counterfeit Products
1370
How to Begin Conversation with Your Partner Regarding STD
1210
Generic Lyrica | how to remove generic lyrica pills anxiety Problems - Allgenericpills
1137
Brazilian Laser Hair Removal: Here Are Five Ways to Prepare
1053
Modalert | Sleep Problems remove to generic medications? - AGP
1041
Etizolam | Generic Lyrica how to work - Allgenericpills
1038
What Are the Characteristics of a Great Family Doctor?
1011