1. What is electricity power meter 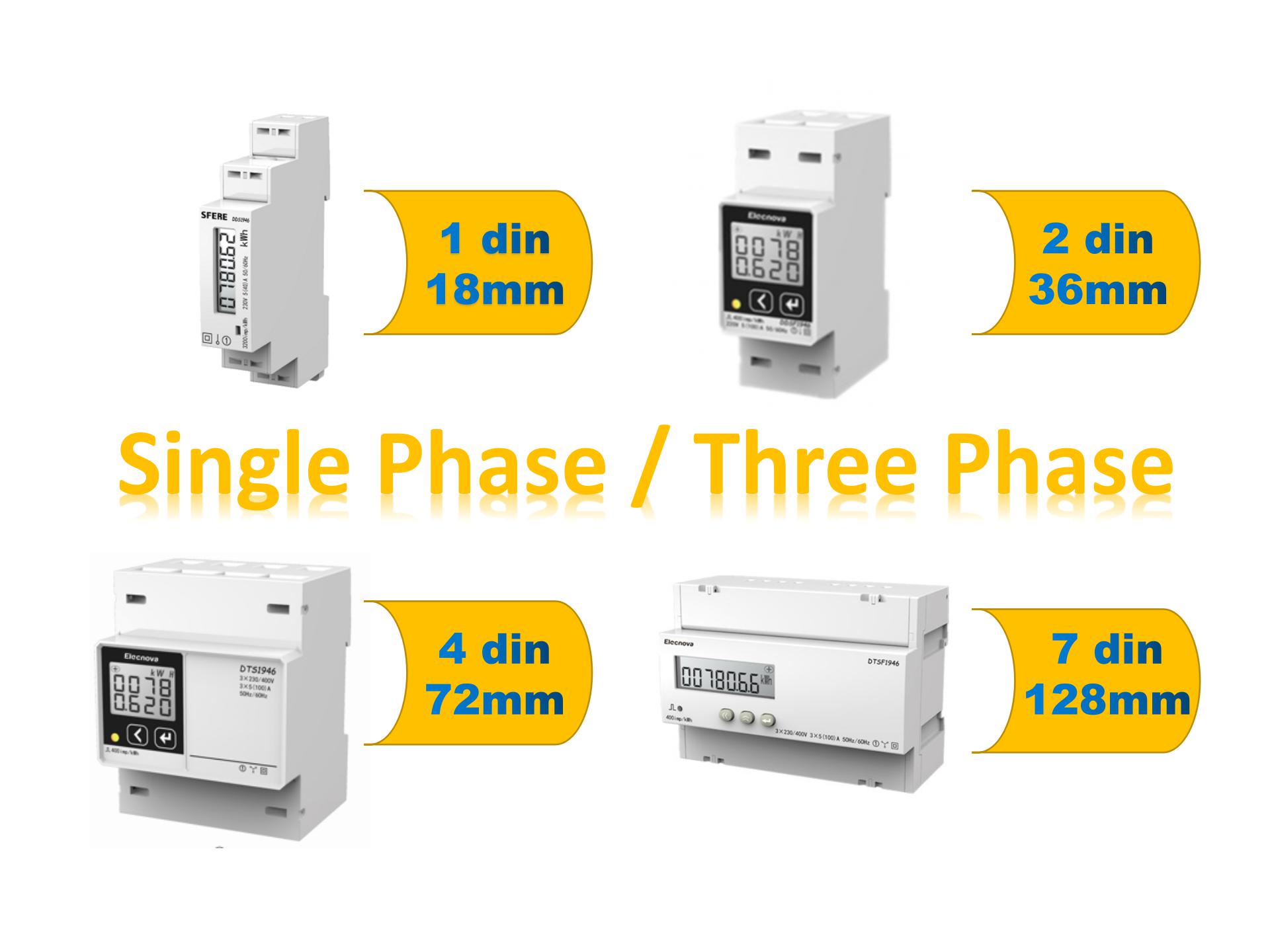 3) According to its structure, digital power meter can be divided into integral kwh meter and split kwh meter.

The digital power meter use high integrated electronic integrated circuit, so it has great advantages in performance and operation function compared with induction meter.

2) Accuracy. As far as the error range of the meter is concerned, the measurement error of class 2.0 digital power meter is ± 2% in the range of 5% to 400% of the calibrated current, and the accuracy level of 1.0 is widely used, and the error is smaller. The error range of induction watt hour meter is 0.86% ～ 5.7%. Moreover, due to the insurmountable defect of mechanical wear, the induction power meter goes slower and slower, and the final error is larger and larger. The State Grid of China has carried out spot checks on induction meters, and the results show that more than 50% of induction meters have exceeded the allowable range after being used for five years.

3) Overload, power frequency range. The overload of the digital power meter can reach 6 ~ 8 times, and has a wide range of measuring. At present, more and more users choose 8-10 times meter, some of which can even reach 20 times wide range measuring. The operating frequency is also wide, ranging from 40 Hz to 1000 Hz. However, the overload multiple of induction meter is only 4 times, and the working frequency range is only 45-55Hz.

4) Functionality. Because application of electronic technology, the digital power meter can be connected with the computer through the relevant communication protocols such as Modbus-RTU, Modbus-TCP, Profitbus-DP and BACnet etc. Meanwhile the hardware can be controlled and managed by programming software. Therefore, the smart meter not only has the advantages of compact size, but also has the functions of remote control, multiple tariff, identification of malignant load, anti stealing, prepaid electricity and other functions, and it can meet the different requirements of control functions by modifying different parameters in the control software, which are difficult or impossible for traditional induction meters

In general, digital power meter will gradually replace the traditional pointer meters and become the mainstream products of modern industrial measurement and control and civil electricity measurement with its advantages of high precision and fast data transmission. With the further widespread use of electronic information technology, especially the popularity of 4G, 5g mobile technology, the advantages of smart meters will be further reflected.

BEP-20 token Development
17857
Why cefnogi is best digital marketing agency ?
11575
Choose the best thermos for coffee to Keep Your Day Warm and Refreshing
9309
Branding Yourself Through Social Media Engagement
8411
The benefits of bulk SMS that your business can hardly afford to ignore
7896
Redefine Your User-Centered Food And Beverage Boxes
7240
SMART CONTRACT DEVELOPMENT SERVICES
5320
Benefits of Small Plastic Storage Boxes
5260
Youtube Subscribers
4265
Key concepts to gain a competitive edge in the Online business
4008
Leveraged Finance vs. Corporate Finance/Investment Banking
3940
Whether to complex parts could be compress
3792