Emoji Marketing: Why your Brand Needs to Speak the Digital Language?

Emoji Marketing has hit the new mainstream, and now it represents an integral part of the netspeak vocabulary. Today it is hard not to include any Emoji while texting someone — whether it is a friendly grinning face or a formal thumbs up 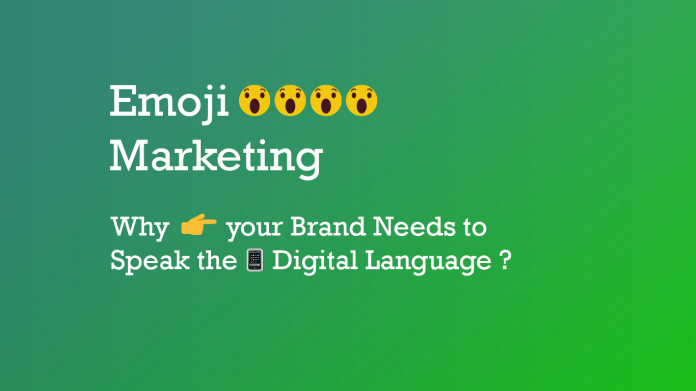 A big yellow circle with a grin that travels from ear-to-ear marked the beginning of the emoji trend, which then was called Smiley, a happy humanoid face that is a part of popular world culture. Just like any other digital trend, Emoji has a story to tell. It originated from smileys, progressing to emoticons, and now we know them as Emoji. As the world of internet and computers advanced by dint of several innovations that took place, emoji also metamorphosed from nondescript faces to spruced up, communicative, and fancy faces.

Emoji was born in Japan when we were at the cusp of the 20th century. Shigetaka Kurita, an artist from Japan, developed a set of 176 character images consisting of 12*12 pixels, for which he has been hailed as the father of emoji. Ever since then, the lexicon of emoji has been expanding. Thanks to Apple for introducing the first emoji keyboard that appeared on iPhone OS 2.2.

Roughly a decade ago, Emoji hit the mainstream, and now it represents an integral part of the netspeak vocabulary. Today it is hard not to include any Emoji while texting someone — whether it is a friendly grinning face or a formal thumbs up. No wonder close to a whopping 6 billion emoji are sent every day in electronic communication.
[emaillocker]

In 2015, Oxford Dictionary’s Word of the Year was an emoji — the one with tears of joy. In 2019, the #WorldEmojiDay hashtag generated close to 4 billion Twitter impressions. Half of all the comments made on Instagram were emoji in 2015. 92% of all internet users use emoji now. Facebook messenger witnesses over 600 million emoji (without any text) every day. Think about it — not only online, but we also encounter Emoji almost everywhere, be it customized gifts, pillows, or coffee mugs. Keeping these facts in mind, it is time to gravely consider the rising influence of Emoji.

Communication, since the beginning of time, has been evolving in accordance with social conditioning. Ours is the age where digital communication has put a hurdle in conveying the right message in the right tone. Emoji here comes to rescue, as when it is combined with a text, it decks it out with subtle shades of meaning and expression. 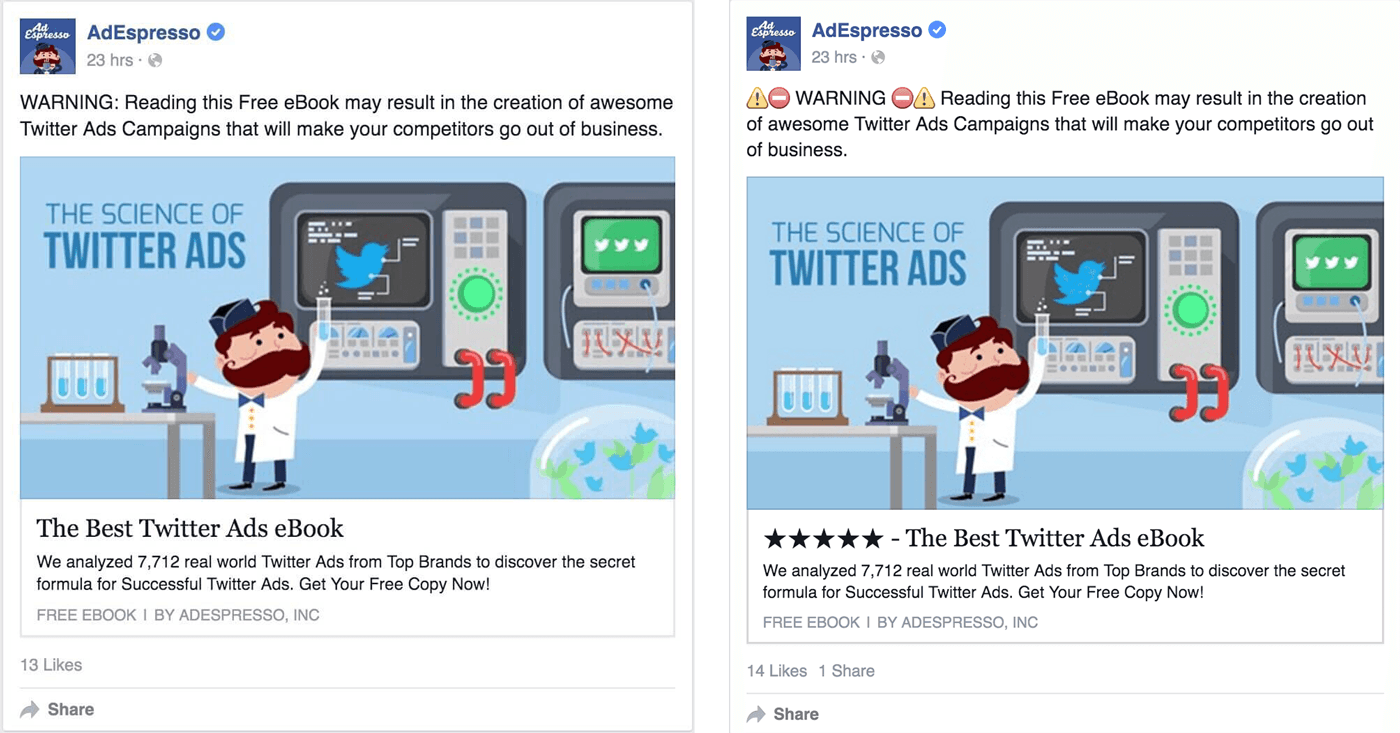 AdEspresso’s team conducted an experiment to find out whether emojis in Facebook ads derive results. The analysis concluded that the post with Emoji generated a 12% higher CTC.

For marketers on social media, verbosity tends to push back customers rather than pull them in. Keeping the message short and crisp helps them to convey the gist of it precisely. Emoji is the best way to achieve this as it epitomizes a minimalistic approach. In 2017, a team from the social media analytics company Quintly evaluated 5.5  evaluated 5.5 million Instagram posts. They later found that posts with at least one emoji resulted in an average of 47.7% more interactions. Fundamentally, Emoji are doing the job of what intonation does while speaking on a telephone, or what hand gestures do during face-to-face communication.

In 2015, the White House issued a graphical economic report consisting of emoji. 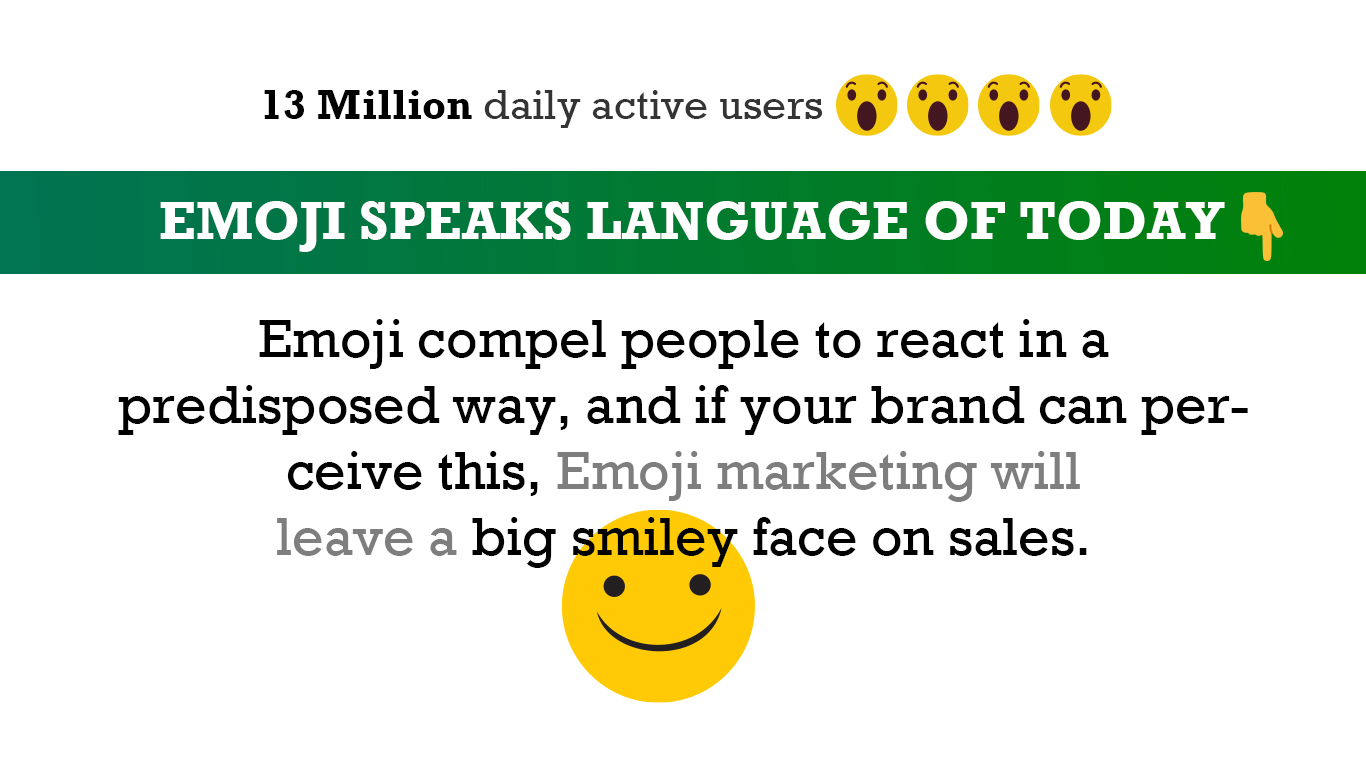 Emoji Speaks the Language of Today

Interestingly, social media has entrenched a new digital communication pattern within us. And in the light of its growing popularity, marketers must acclimatize with this pattern and speak the same language of their customers. This evolved approach of communication urges marketers to devise campaigns and cement their presence pertinent to the social media ambit.

Several giant companies pursued emoji-driven campaigns as they had cognized the relevance of using Emoji in the era where customers are increasingly becoming tech-savvy. 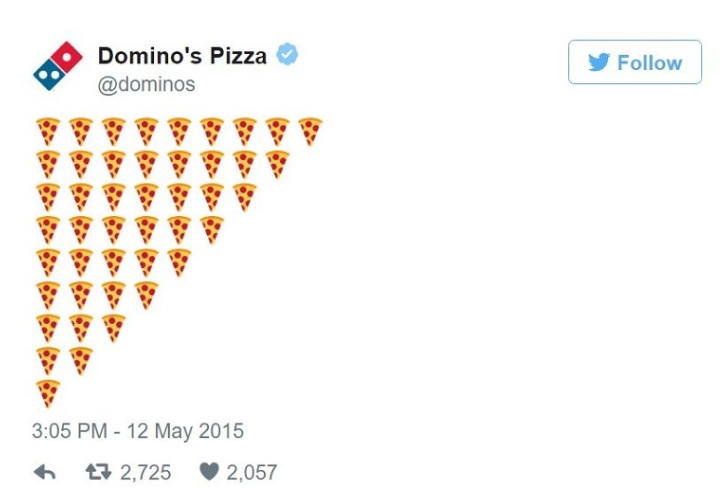 Upping the game, Domino’s even allows you to order pizza by sending a pizza emoji.

“We love emoji. They’re fun, light-hearted, and convey a broad range of emotions efficiently and in a way that words sometimes can’t,” Slack 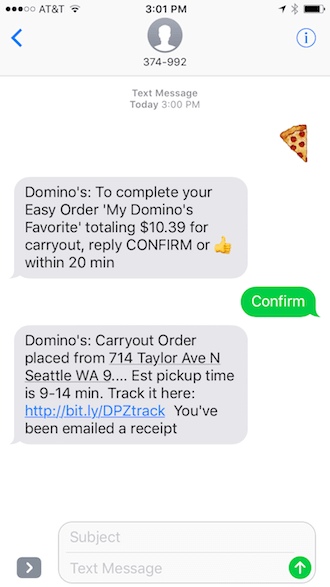 A single Emoji can be interpreted in several ways. For instance, a glowing bulb emoji

can be effectively used in line with a message that intends to convey an idea.

The language of Emoji entails no cultural driving force, which makes them instrumental for marketers as Emoji break the barriers of language and ensures more extensive impressions among different cultures. Emoji courteously represents underrepresented communities, evinced by different skin tones being provided in the Emoji choice. This multicultural consciousness allows marketers to humanize their brand by addressing ethnological significance.

In 2015, Unicode made a giant move by diversifying emoji. It offered an option to change the skin tone, in conjunction with emoji consisting of more types of people doing sorts of things. Since then, every update has been translating into crucial steps toward representing the diversity and embracing a variety of cultures on the emoji keyboard.

Besides, Unicode also decided to include gender-neutral emoji — emoji representing disabled people, and several symbols touching upon the entire spectrum of emoji users. 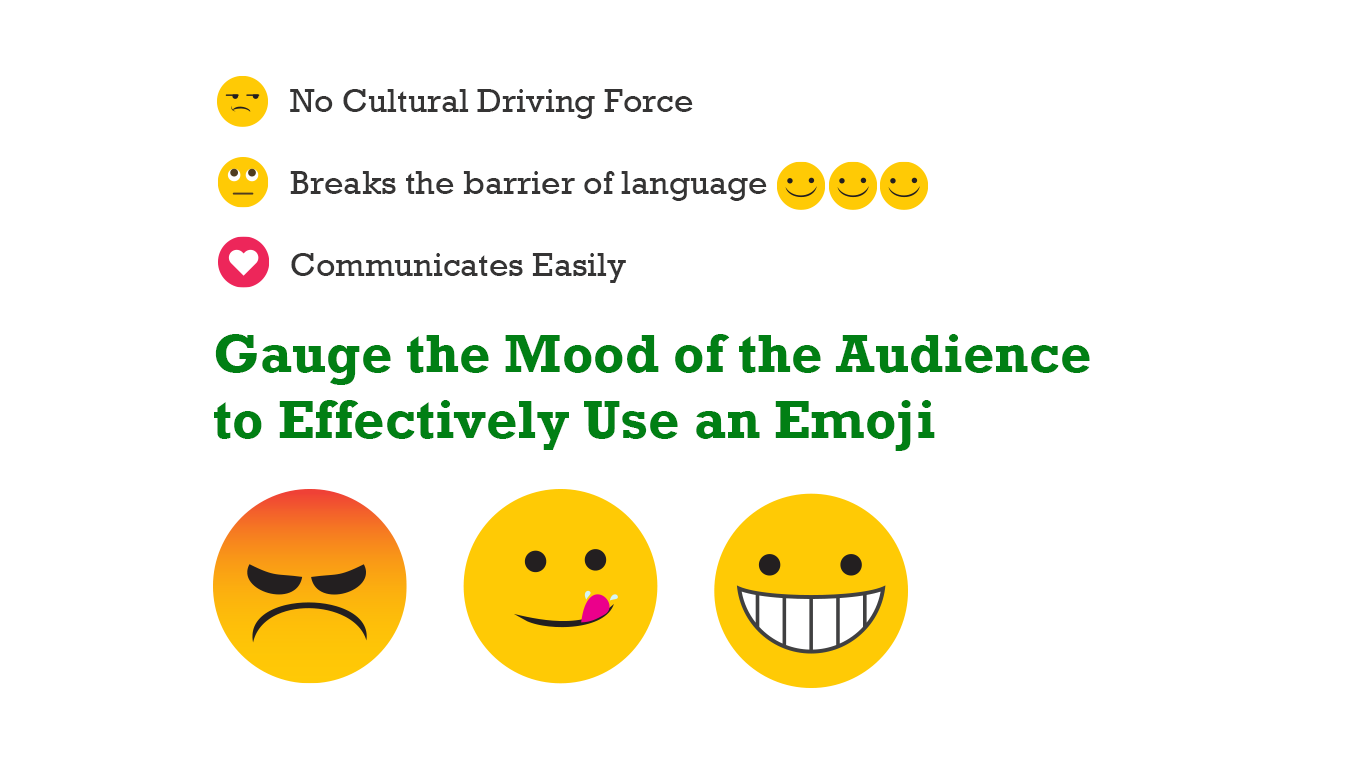 Gauge the Mood of the Audience to Effectively Use an Emoji

In this digital era, people have a penchant for using mobile devices; instead, there is no other convenience that can hold the fort of digital connectivity. On social media, the influence of emoji is spreading like wildfire. People are spending more and more time on their mobile devices, using emoji just like another communication vogue. Emoji have already set a tone of digital communication language, and they do have the power to truly communicate and make people believe that brands can also speak to their audience on a more personal level.

It’s not about whether emoji can be used in business communication — emoji are universal and they can communicate with people regardless of language, color, ethnicity, or cultural background. The only hurdle is a misinterpretation, which can spring up if your brand uses the wrong emoji. Emoji have ingrained certain emotional stimuli into people, which triggers whenever they use it. It leaves an impression, which ideally is subjective but it seldom engenders a collective approach. The psychology of using an emoji can be seen from the lens of crowd behavior too. Emoji compel people to react in a predisposed way, and if your brand can perceive this, Emoji marketing will leave a big smiley face on sales.[/emaillocker]