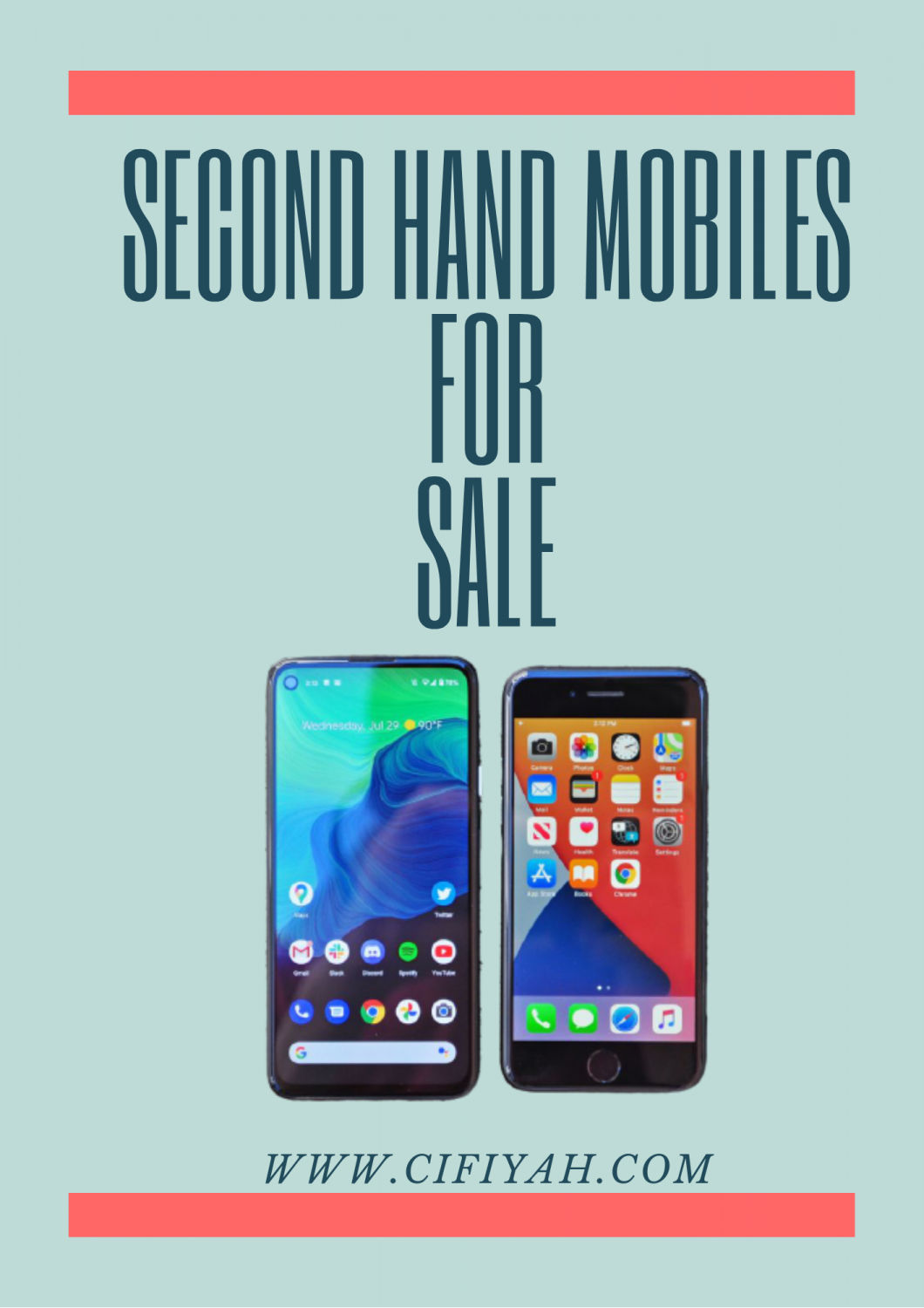 How can you buy a better smartphone?

To buy a better smartphone we need to have deep knowledge of mobile phones to choose the phone for our daily use.

There are many more features inside the phone and making it the best and reliable phone but the problem is these phones are expensive because of the Powerful Processor, Ultra HD Display & Intense Gaming Experience. The cost of these smartphones is almost the same as laptops. These phones are good but cannot be afforded by all. But if you want to buy the latest generation phone at a low cost then you can buy almost new like condition second hand mobiles at a very low and budget-friendly price with warranty and accessories included.

Things to do before purchasing a smartphone

Before buying a smartphone online or offline do some research about the phone you are about to buy on the internet reading all the reviews and feedback that are posted by the user on the internet and know what problems they are facing while using the phone or check if the latest update of the phone contains a lot of bugs then better change your mind set to buy some other smartphone on that same budget.

If you buy a smartphone without any research then no problem but in the worst case suppose the phone is running well and smooth no problem but the battery backup is expected to be less and a lot of people are facing this issue. Here if you would have done some basic research then you won’t be in a problem right now.

Be very careful while purchasing from a site that you have never heard of because that might a fake site like after completing your transaction your order will get confirm but will never reach your doorstep as it was a fraud or fake site or even if you received your order it might be some other phone different from the one you order or low-quality Chinese or Korean phones and all your money go waste. Be very careful before buying.

After buying the phone make sure to get the proper bill or invoice of the purchase and while unboxing the phone make a video of the unboxing in case the phone is damaged or not working or there is no phone inside the box it will help you reclaim your phone if you show the proof that you have recoded to the consent authority.

Things to look out for before buying a smartphone

Android has more features than iOS and also cheaper compared to the phone that runs on iOS. Android beats iOS in every aspect but iOS beats android in privacy and security which is one f the most important thing in a smartphone.

Different smartphones run on different processors depending upon the brand and specifications of the phones. Android phones mostly run on Qualcomm Snapdragon, MediaTek Helio, & Exynos processors.

The top 3 best smartphone processors of 2021 are :

To buy a smartphone which has a good camera we need to look out for cameras having high pixel, higher the pixel of the camera better the quality of the picture. Smartphones having better cameras are iPhone 12, Mi 10 Ultra, OnePlus models, etc.  These phones have good high mega-pixel cameras and better at capturing photos in low light.

The average battery life for normal use is 3000-3500mAh. For heavy use like live streaming or playing games online then 4500-7000mAh battery is best as it can run your phone for more than 20hrs continuously.

Current smartphones are filled with power-packed features and future technologies also play an important role in making the smartphone smarter than before. But the worst part is the smartphone's cost is very high because of new technology and better performance. Apple, Oneplus, Asus phones cost is more than 30K. An average person can't afford a smartphone of this range very few people can afford to buy it.

But if you want to buy these smartphones at low cost or budget-friendly cost then you can prefer to buy used phones or refurbished phones. Most of the second hand mobile condition is as good as a new one and also available easily on classified sites. Buying a used mobile phone can not only save a lot of money but also help the environment by using the same product and help in reduction of carbon emission.

You can sell & buy used phones on the Cifiyah website. It is one of the most trusted sites to buy and sell your products easily and securely. You can get huge varieties and options to buy the cheapest smartphones, cheap iPhones, refurbished iPhones, used iPhones and you can also get good and better cell phone deals & latest gadgets deals than any other classified site.

You can post free ads on classified websites to sell or buy used phones easily. If you are new to the site then, register and post an advertisement on the product that you want to want to sell and mention all the details of the product including a good photo of the product to be sold and fix the desired price at which rate you want to sell used mobiles and wait for interested customers to contact you through mail or phone number that you have mentioned it during the time of advertisement.

Fix can’t log in To AOL Mail Problems | How To Fix
22254
How to Cancel the Automatic Renewal of the Avast Subscription
10051
AOL Mail Can’t Sign In
1717
Dell vs HP laptops: which is better for work from home?
1530
How do I contact Norton to cancel my subscription
1524
AC BUYING GUIDE - HOW TO PICK THE FINEST AIR CONDITIONER IN BD
1167
Canadian girls name
1068
[SOLVED 2021] how to fix error code b200 for canon mx922 printer?
1039
Get Easy Steps About How to Setup IJ Start Canon
1032
Tablet buying guide (2020): how to choose the ideal model and 11 proposals for all pockets and needs
1003
Get Simple Steps To Resolve IJ.Start.Canon Issue
974
How to Resolve If Canon Printer Not Printing Correctly
849