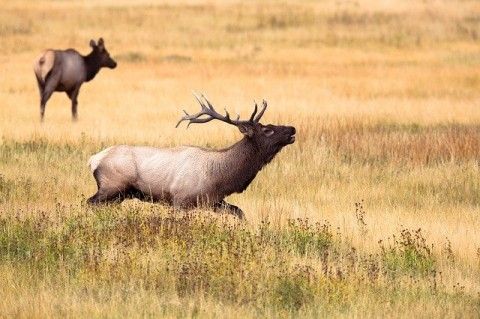 For its part, agriculture is modernizing, and intensification can lead to monocultures, loss of boundaries and greater use of plant protection.

All this determines changes in the habitat available for hunting: forests increase and traditional cereal agro systems are lost.

This tends to benefit some species, mainly deer and wild boar , while harming others, such as partridges and hares .

The consequences of this phenomenon are multiple. On the one hand, damage to agriculture is multiplied by the exponential increase in populations of problem species, such as wild boar, but also as a consequence of the greater vulnerability of certain crops to damage caused by hunting.

On the other hand, the crops themselves offer almost unlimited food to these game species, and in some cases even provide them with refuge.

In this way, we are faced with a circular problem, in which changes in the environment, determined in part by modern agriculture, favor the development of game species that in turn generate more and more damage.

HOW TO BREAK THAT CIRCLE?

The solutions essentially go through two axes: either we reduce populations of species that cause damage or we protect crops.

The first is easy to write but very difficult to achieve in reality. If in Spain more than 300,000 wild boars are already hunted per season (at least that is indicated by the data patiently collected by our tireless friend José Luis Garrido ), it means that we have a population of over a million wild boars.

If the current growth rate continues, it will be two million in just ten years. This trend is not unique to Spain.

On the contrary, throughout Europe (except for very particular local situations) there is a continuous growth in the populations of wild boar and deer.

Changes in the hunting management of these populations are urgent and necessary to prevent 'overabundance' situations from giving rise to problems not only for agriculture, but also for road traffic, the environment, public health and animal health.

Realistically, it will be enough to stabilize the populations and cut the current trend.

The second option, surely complementary to the previous one, involves protecting crops, for example by fencing, better evaluating what to grow where, and developing prevention systems. But be careful: not everything goes.

Deterrent feeding, which consists of offering attractive food in places far from the most sensitive crops, is an error in which neither farmers nor hunters should fall.

It is bread for today and hunger for tomorrow, and it does not have solid scientific evidence to justify it.

Some opportunities also arise in this context. For example, opportunities for collaboration between hunters, farmers, and scientists to develop strategies to mitigate the damage problem, or problems associated with overabundance in general.

And opportunities too, not insignificant, to defend the figure of the hunter against a society increasingly biased by the 'Bambi syndrome'.

Hunting fulfills an important mission in the ecosystem, consisting of contributing to the regulation of species that, if not for hunting, would multiply without control.

Distinction Between Website Design And Web Design
1629
N95 or KN95- What’s the Difference Between Them?
641
View results for regular season and postseason games between the Houston Texans
527
Hurricane Matthew and Cholera Outbreak in Haiti
519
Steelers 2020 Breakdown: Week 2, Broncos
465
Mold damage restoration
320
What Is The Difference Between Online Store & Online Marketplace
314
Fire damage and smoke damage may leave a homeowner
304
Conquering Mold By Water Damage and Mold
276
Steps To Tuning Up Your Rifle For Hunting
268
Deer HunterI do not know what motivates me to think of hunting such a creature of elusiveness.
256
Differences Between HP Printer Ink and Lexmark Printer
220