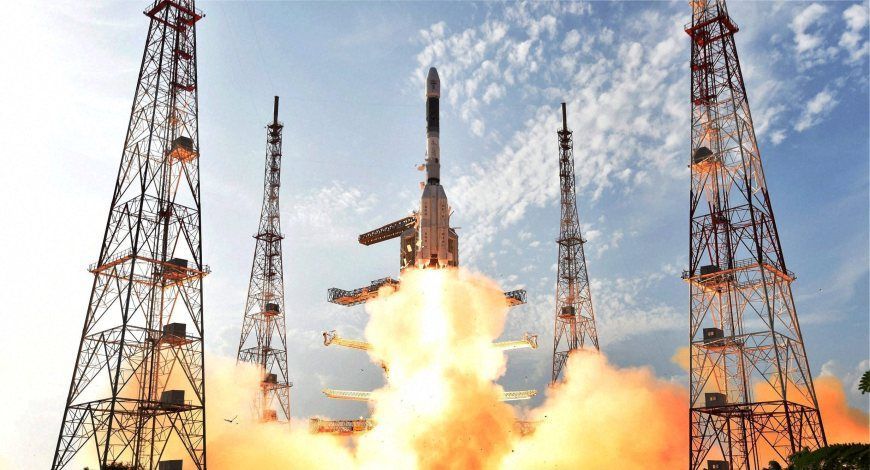 The manned indigenous space mission 2022 The chairman of Indian Space Research Organization (ISRO) Mr. K. Sivan said to the media after getting desired result from the launch of Hyper Spectral Imaging Satellite named HysIS along with 30 co-passengers to the targeted orbit. It is been revealed by Sivan that India will have it’s very own manned space mission to be launched before the end of the year 2022.

The chairman of Indian Space Research Organization (ISRO) Mr. K. Sivan said to the media after getting desired result from the launch of Hyper Spectral Imaging Satellite named HysIS along with 30 co-passengers to the targeted orbit. It is been revealed by Sivan that India will have it’s very own manned space mission to be launched before the end of the year 2022. As per the mission formulated by the Prime Minister Narendra Modi and announced on the occasion of 72ndIndependence Day Celebration. As per the mission three well trained astronauts will be sent to the space with the help of ISRO. These astronauts will be selected by the Indian Air Force (IAF) and Indian Space Research Organization collectively. The mission is given name as Gaganyaan. The three will be sent to the space on the gaganyaan.

Although before 2020 the space organization is planning to initiate gaganyaan mission without man. ISRO will conduct 12-14 missions from Dec, 2018. In Dec GSAT-11 will be executed follow by GSAT-7A initiative. Whereas, In January there will be a launch of micro satellite to the space, then there will be a mission of Chandrayaan. And if executed successfully then India will be among 4 countries to reach the space. USA,  Russia and China are the three countries as of now to reach the space. This mission will be solely executed and managed by India and it will be an indigenous manned space mission. But for partial implementation India will seek the help from foreign countries to execute the mission flawlessly.

ISRO is looking forward to make this Gaganyaan Mission 2022 more indigenous by utilizing maximum resources from the country itself. Cost approximation on the project is considered to be not more than Ten Thousand Crores. Which is actually a cost effective yet feasible projection. But if this mission was to be initiated from US, it wouldn’t be even near to the assumption cost.

Objectives behind this mission:

To become one of the countries to reach the space

To encourage and upgrade the information technology in the country

To prove the capabilities of our country’s brains and abilities

To explore the aspects of new world

To execute all the projected space projects

The mission is to send the three astronauts into the space where they will perform scientific activities for almost 5-7 days. And then they will return back to earth within the preset time period. The selected 3 spacemen will undergo the years of practice under the guidance of experienced professionals before they will finally be sent to the space. India will execute the mission and complete it before it’s 75th Independence Day.

The launch vehicle weighing approximately 7 tons is named as GSLV MK-III will be launched from Sri-harikota spaceport, Andhra Pradesh. There will be two separate module in the vehicle. One will Crew module and other will be Service module. The spacecraft is configured with all the safety measures and precautions. The service module will be in the size of 7 meters and crew module will have a size of 3.7 meters.

The launch will take place on the prior schedule and will reach the targeted place in 16 minutes from earth. Three crew professionals will stay in space for a week’s time and then they will return back to earth. At the distance of 120 km from earth the spacecraft will be separated into two where service module will remain in space the crew module will return back to earth within half an hour of time. ISRO has planned to land the returning spacecraft into the Arabian sea. And it may land in the bay of Bengal.

It is a great mission initiated by Indian Prime Minister to uplift the capabilities and image of Indian minds in front of the world. And to declare the ability of ISRO to send the men in space indigenously.

Development Towards Space Force? Are We Expecting War in Space?
1210
How To Design Co-working Space?
792
Space Industry is on the Verge of a Transformation
311