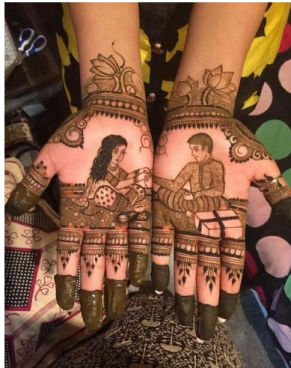 As the festival that celebrates the bond shared between a brother and her sister which that signifies the care and protection between them is the festival of Raksha Bandhan.

Hello, Everyone how are Hope you’re good

As the festival that celebrates the bond shared between a brother and her sister which that signifies the care and protection between them is the festival of Raksha Bandhan. Celebrated on the full moon of the fifth month in the Hindu Year (Shravan),

To make it more Special most of Grils and Women’sapplies Mendi designs ( Henna Designs ) For Raksha Bandhan, this is one of the most celebrated festivals in India across the nation. The festival follows from traditional activities — ( rasam ) in which Sister ties a red or Golden thread ( the thread is known as Rakhi ) Around her brother’s wrist. entwining him in a bound where brother promises to her sister to protect her from every bad situation. this relationship can be formed between any duo But it mostly applies in Brother and sister Duo.

This very Frist image is so connected to the festival that it shows the bound of Brother and sister in the hands itself which also includes a gift given by brother to his sister is also visible in her Hands. Try this design for upcoming Raksha Bandhan to surprise Your brother.

Here are some More Raksha Bandhan Mehndi designs for Grils

If you are someone who likes adding a more creative touch to their henna designs, then this design is perfect for you. The design also looks like two Rakhi’s kept side by side. This design is beautiful yet does not take a lot of time for application as it just requires some small intricate detailing.

As the modern time comes the festival has the same spirit as it has before and still follows the same but with differences adding to make it more memorable for all. mehndi designs are getting more loved nowadays in Raksha Bandhan. Some Henna Artists has Started to design special mehndi designs to show to Bandhan and festival Spirit in mehndi designs 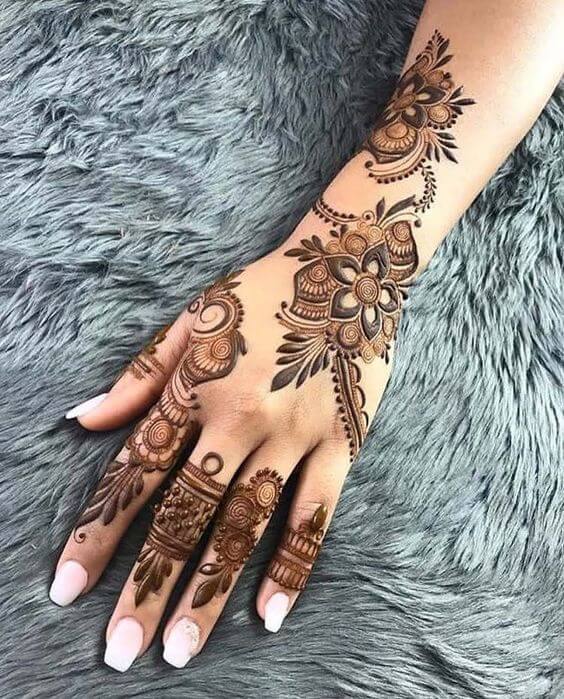 The simplest and easy to apply mehndi design is right in front of you. A simple mandala-like circle design, it can be customized to your liking with just some dots and paisleys on the fingertips. Although a very small and simple design, it easily fills your hand with the circle in the center.
If you love big dots, flowers, paisleys in your mehndi design but also want it to look different from the generic flower-paisley mehndi design, then this design can be a pretty good idea for you. 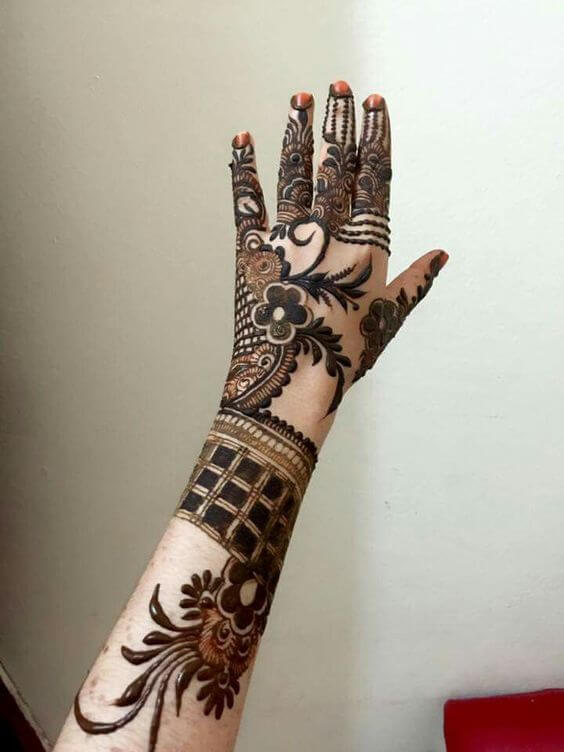 If you are planning to do some DIY work, then this mehndi design can be your very first project. Made out of flower, paisley and simple curved lines, this design is easy and simple to apply for any first time too. The design also looks like a giant Rakhi that is sprawled across the palm

1. Can I Apply Mehndi Design on My Own?

Yes, you can apply mehndi designs on your own with some practice and the help of designs as well as YouTube tutorials that teach easy application for one and all.

Hime Cut-Top 13 Hime Cut Hair Looks
4498
What is Prebiotic Skincare?
2994
Mommy Makeover Surgery: 9 Things Every Woman Should Know
2692
CENFORCE 150MG CAN REALY HELPS IN IMPOTENCE ISSUE IN MEN?
2005
List of Best Skin Specialists in india
1677
Do you want a foundation that is EASY, BEAUTIFUL and PROTECTIVE? This Color changing Foundation is your best choice!
1360
How to Grow your Eyelashes using Careprost
1290
Top 3 Websites to Book a Safe Body Massage Session in Delhi
1265
Things you must consider before buying a Cosmetic Boxes
1158
Plastic Surgery By Season: Invasive and Non-Invasive Cosmetic Procedures For Fall
1075
Know About The Different Techniques Of Dentistry
1056
Mosquito bite with consequences
1034